At a policy coordination meeting, they also decided to preemptively respond to external economic risks, such as the Federal Reserve's tapering issue, and make efforts to curb the fast growth of household debt.

The meeting, presided over by Finance Minister Hong Nam-ki, was held to discuss household debt and other economic issues.

"We've agreed to seek 'a policy mix' of macroeconomics, fiscal and financial policies to support the economic recovery and ease financial imbalances," showed a joint statement by the finance ministry, the Bank of Korea (BOK) and the Financial Services Commission (FSC). 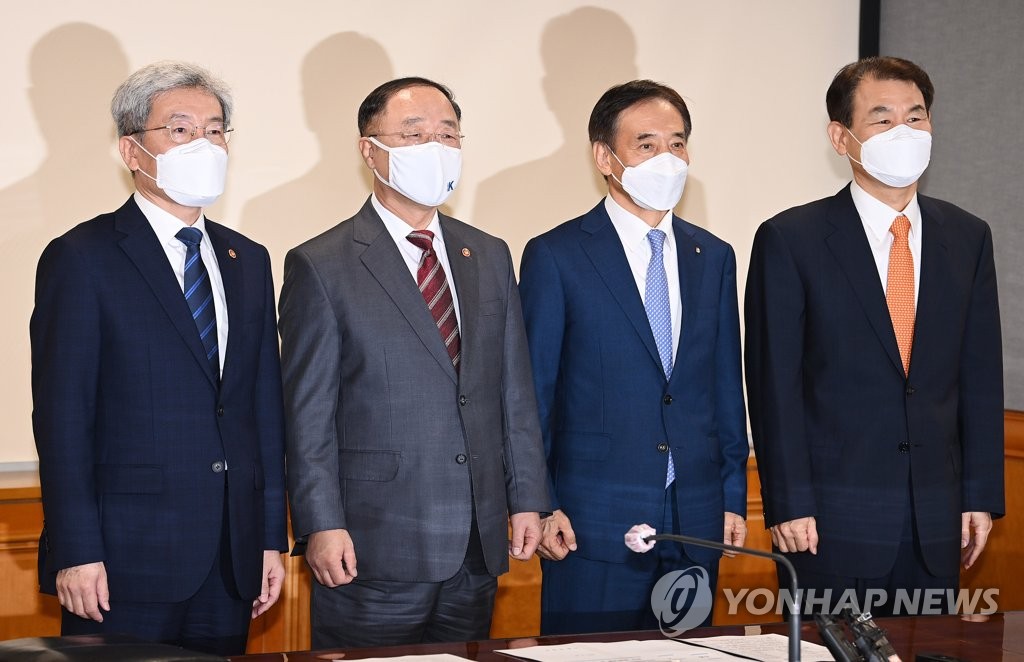 The participants voiced concerns about the fast growth of household debt.

Hong said the government will seek to rein in household debt as much as possible but also plans to explore ways for people to take loans within their ability to repay debt.

"We will discuss how to manage household debt on the consensus households' indebtedness, which has grown fast amid ample liquidity in the process of tackling the pandemic, could pose a risk to the economy," he said at the start of the meeting.

The FSC is reviewing ways to further tighten rules on home-backed loans in a bid to curb household debt. It plans to unveil additional measures in October. 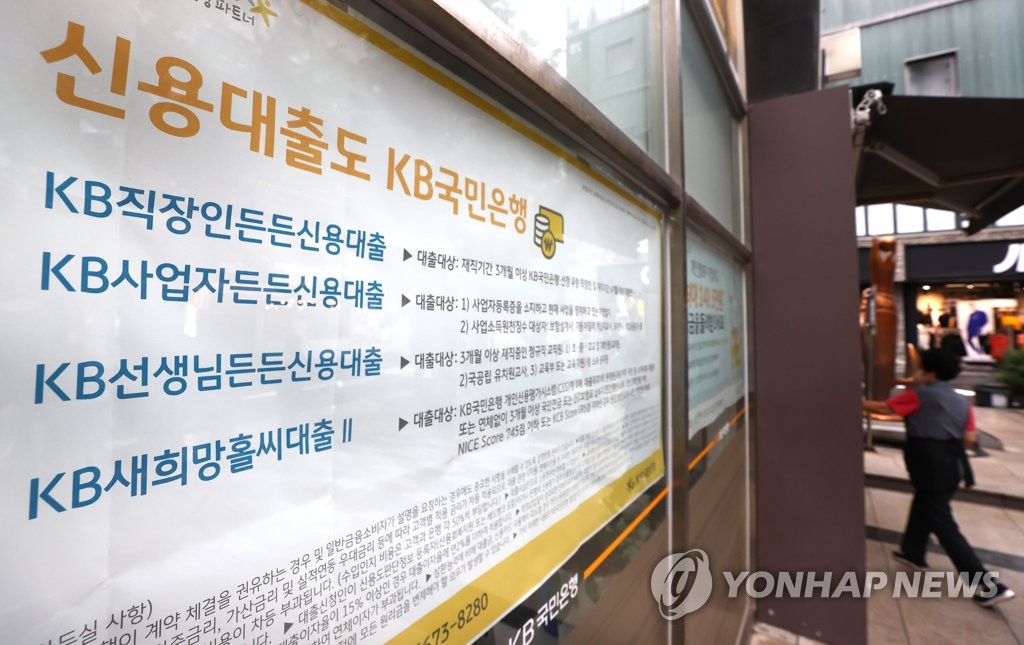 There are concerns the fiscal and monetary policies may be in discord as the government plans to continue to implement expansionary fiscal policy to prop up economic growth, while the BOK is set to further tighten the policy rate.

The government said it is rather a "policy mix" under which the country supports vulnerable people with the fiscal policy, while the monetary policy focuses on easing financial imbalances.

The finance minister said the country also needs to keep close tabs on growing external risks, such as uncertainty about the Federal Reserve's tapering of bond-buying programs as major economies seek to unravel their accommodative policy stance.

"Concerns about inflation are growing amid a hike in oil and other raw material prices," Hong said. "Latent risks have also partly materialized as illustrated in a debt problem by Chinese property developer Evergrande Group."