The premiere on Coldplay's YouTube channel was watched by more than 950,000 people as an adjacent live chat was flooded with messages and emojis from excited fans. 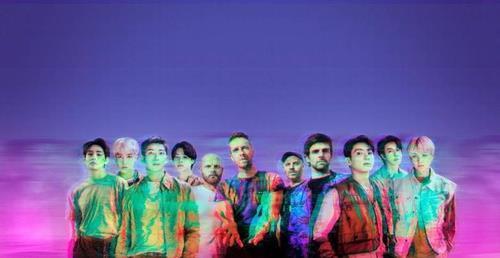 Set in space, the video directed by Dave Meyers opens with a written intro explaining the premise of the film.

At a time when music was forbidden across the spheres, three bands on three different planets are brought together via hologram to play music in defiance of the ban, the text says.

The images that follow are much like scenes from a blockbuster sci-fi movie, featuring aliens and robots alongside the members of the two acts.

The uplifting song about love transcending all divides was co-written by the two bands in English and Korean, and produced by hitmaker Max Martin.

The collaboration generated a lot of hype months ahead of its release, with rumors that Coldplay frontman Chris Martin had been spotted in South Korea in April.

BTS unveiled a documentary this week in which Martin spoke of the difficult journey he made to Seoul in the face of COVID-19 restrictions.

And while the bands have yet to perform together, BTS joined Coldplay virtually for a rendition of "My Universe" during last weekend's mega music show "Global Citizen Live."

Separately, BTS announced this week that it will hold its first in-person concerts in two years in Los Angeles in November and December. 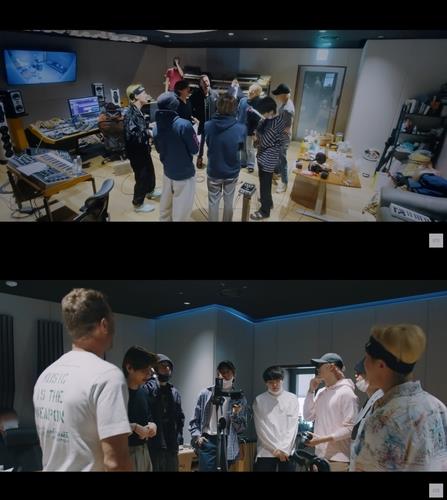 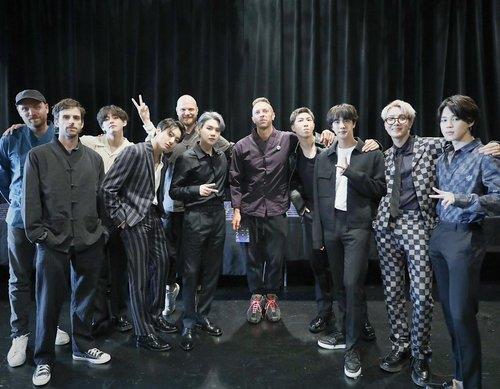