The scandal is centered on allegations that prosecutor Son Jun-sung asked the main opposition People Power Party (PPP) to file a complaint against three pro-government figures just before the general elections in April last year, when he was serving at the Supreme Prosecutors Office (SPO), then headed by Yoon. Son was accused of asking Kim Woong, a former prosecutor and now a PPP lawmaker, to lodge a defamation accusation against the three, including Rhyu Si-min, a pro-government commentator now serving as chairman of the Roh Moo-hyun Foundation. 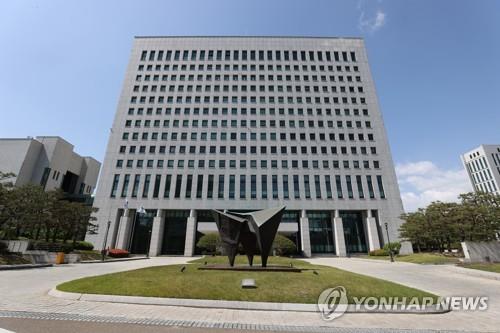 According to the informed officials, the Seoul Central Prosecutors Office has confirmed Son's involvement in the case after its nine-member investigation analyzed massive digital data and documents obtained from a whistleblower and the SPO.

In a related development, the prosecution said it has transferred the case to the Corruption Investigation Office for High-ranking Officials (CIO) in accordance with the current law that calls for all criminal charges involving prosecutors and other high-ranking public officials to be forwarded to the state anti-corruption investigative body.

The prosecution also said it has transferred investigations into a libel suit filed by the whistleblower against Yoon and Kim to police.

The informed officials said prosecutors have concluded a Telegram message allegedly sent by Son to Kim and the whistleblower was not forged, though it has yet to be confirmed whether the prosecutor was involved in the preparation of the message.

"As I said repeatedly, I have never been involved in the case, and I am sure the truth will be revealed if a fair investigation proceeds in the future," he said in a statement later in the day.

The CIO is expected to accelerate its investigations into whether the SPO under Yoon played a role in the delivery of the controversial documents to the PPP.

The complaint form allegedly delivered by Son to Kim targeted Rhyu, Choe Kang-wook, a current lawmaker of the minor liberal Open Democratic Party, and Hwang Hee-seok of the same party. The complaint accused them of involvement in news reports alleging Yoon's wife was implicated in stock manipulation.