WASHINGTON, Sept. 30 (Yonhap) -- The United States is still assessing the type of the missile launched by North Korea this week but the U.S. homeland would remain safe even if it turns out to be a hypersonic missile as claimed by the North, the commander of North American Aerospace Defense Command said Thursday.

"I understand the intelligence community's still making an assessment of the North Korean claim to have tested a hypersonic," Gen. Glen VanHerck said in a Department of Defense press briefing that he took part in virtually.

"We'll just have to see that capability right now. It would be my assessment that the homeland would be safe and secure from a hypersonic capability as North Korea claims they have tested," he added when asked if the U.S. missile defense could still protect the U.S. mainland from North Korean hypersonic missiles. 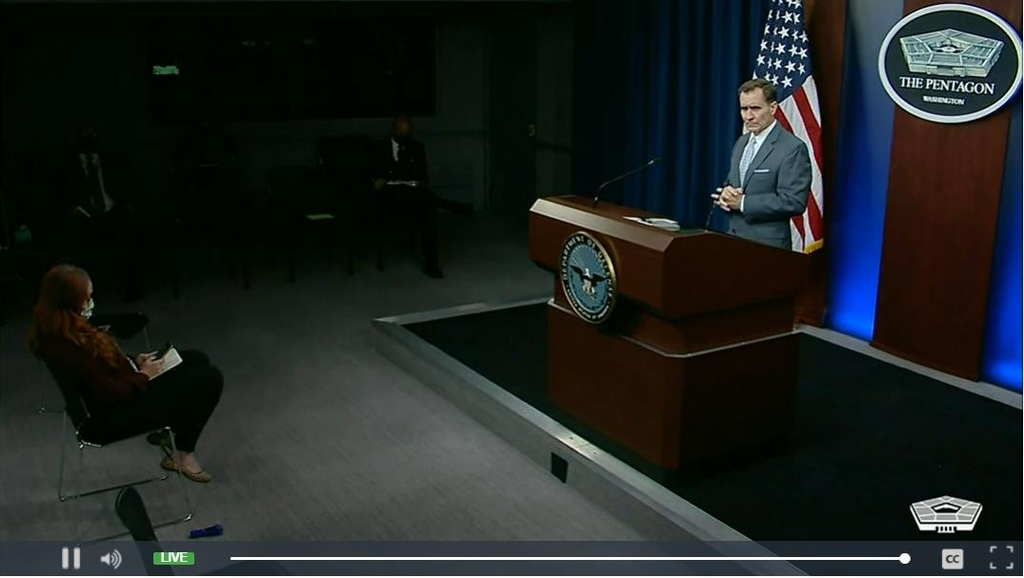 Seoul earlier said the North Korean missile appeared to be at an early stage of development, and that it can still be intercepted by South Korean and U.S. military assets around the Korean Peninsula.

"While we've assessed that this event does not pose an immediate threat to U.S. personnel or territory or to our allies, it does highlight the destabilizing impact of the DPRK's illicit weapons program," he said, referring to North Korea by its official name, the Democratic People's Republic of Korea.

"And nothing changes about our commitment to our alliance with both Japan and South Korea."

The U.S. State Department earlier condemned the latest North Korean missile launch as a violation of "multiple U.N. Security Council resolutions" that prohibit the North from testing any ballistic missiles or weapons of mass destruction.