"The message expressed belief that the Chinese nation's dream of rejuvenation will surely come true as there are the socialist idea with the Chinese characteristics for the new times," the Korean Central News Agency said.

"The DPRK government and people will firmly support the Chinese party, government and people in their just struggle to defeat the hostile forces' frantic anti-China confrontational moves and defend the sovereignty, right to development and territorial integrity of the country," Kim was also quoted as saying.

Kim did not specify what the hostile forces are but he apparently referred to the United States amid a deepening rivalry between the two most powerful countries in the world.

His support for China comes two days after Kim slammed the U.S. for its hostile policy against Pyongyang and causing international relations to be "reduced to the structure of neo-Cold War" during a session of his rubber-stamp parliamentary meeting held Wednesday.

In the message to Xi, Kim also expressed the belief that the traditionally friendly and cooperation ties between the two countries will "steadily develop in conformity" with their "common desire." 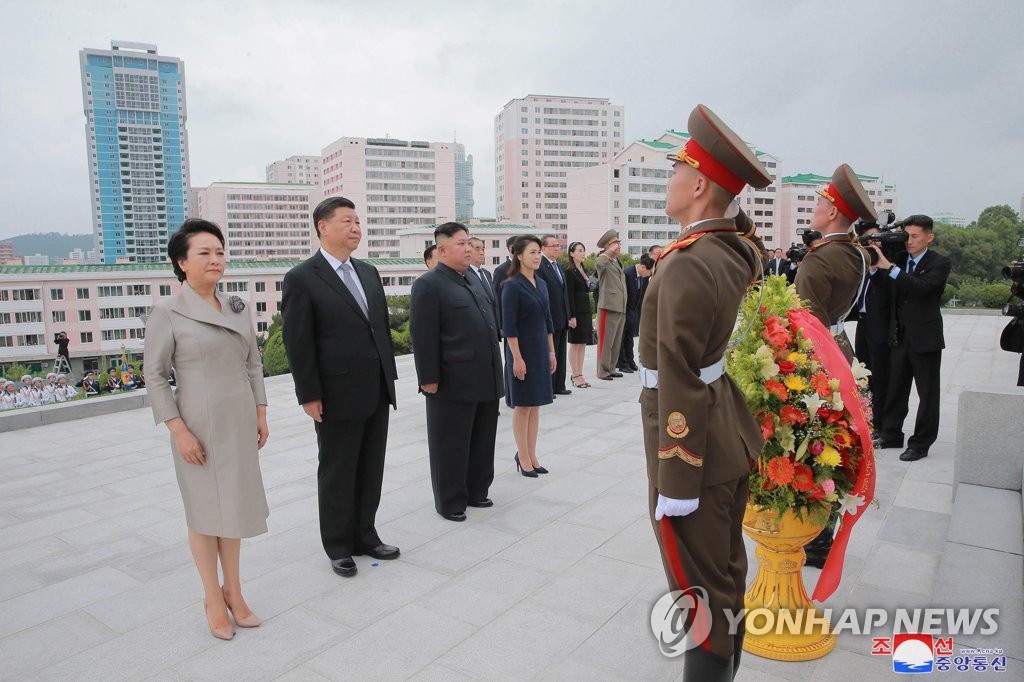