SEOUL, Oct. 1 (Yonhap) -- The Air Force on Friday launched a new probe unit under the direct control of its headquarters to better guarantee the independence of investigators, the military said, following a sexual abuse case that led the victim to take her own life in May.

Previously, military police at each Air Force unit had the authority to conduct an investigation, drawing criticism that such probes could not be free of influence from their unit commanders.

With the launch of the new investigation team, military police at each unit will now be tasked with base defense, anti-terrorism operations and order maintenance, among other functions, according to the Air Force.

The reorganization follows the death of a master sergeant, surnamed Lee, in May, three months after she was allegedly groped and had suffered other abuse by a colleague. Her parents have claimed Air Force authorities attempted to cover up the case without providing due support to the victim.

"To regain public trust for investigation, we will carry out our missions with human rights and justice as the core values," the unit's inaugural chief Col. Kwak Sang-hoon said. 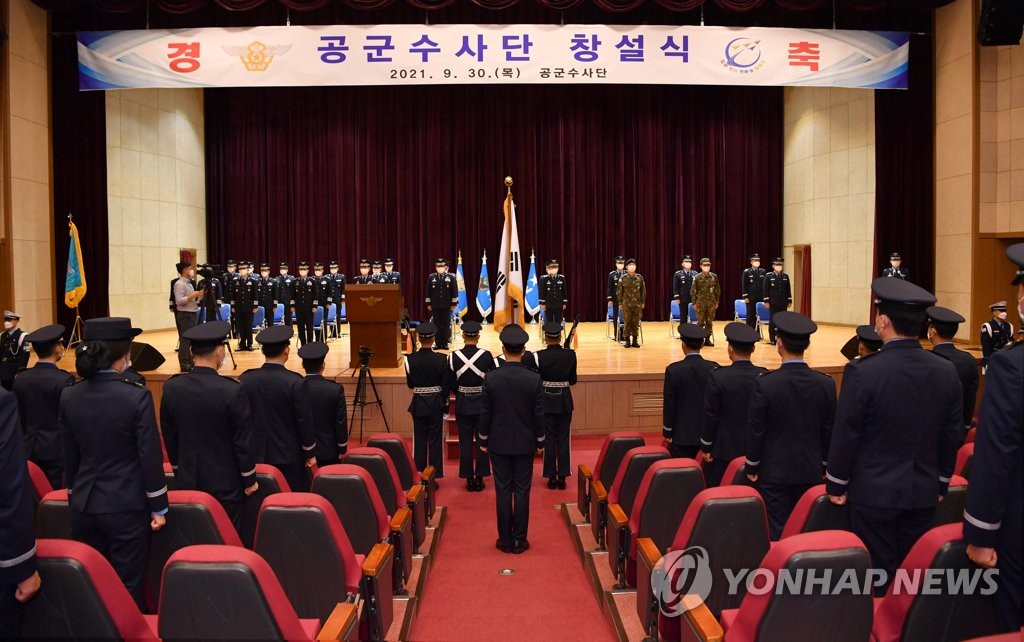