(ATTN: UPDATES with more details on development project and investors in paras 4-5, prospects of probe in paras 13-16)

Yoo Dong-gyu, former acting president of Seongnam Development Corp., was apprehended by prosecutors at a hospital at 9:26 a.m. and was taken to the Seoul Central District Prosecutors Office. He was previously asked to appear before prosecutors by 10 a.m. but requested that his appearance be delayed by several hours due to his alleged health problems. 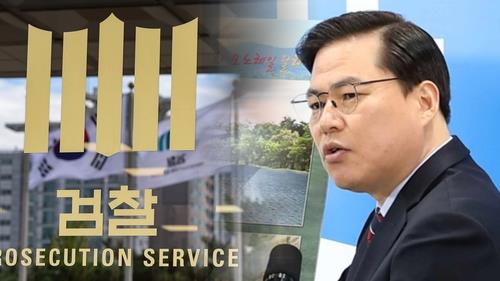 In recent weeks, Lee has come under growing scrutiny over accusations he gave business favors to Hwacheon Daeyu Asset Management, the key investor in the Daejang district development project. The allegations pointed to a possible personal connection between Lee and the project, from which Hwacheon Daeyu and at least six individual investors, with a combined capital of 350 million won (US$297,063), reaped colossal gains of more than 400 billion won in dividends.

The public-private land development project in Seongnam's Daejang-dong district, near the Pangyo Techno Valley, calls for developing 968,890 square meters of land into a residential area comprising about 5,900 apartments and detached houses. Hwacheon Daeyu itself has allegedly received a profit of 57.7 billion won on an investment of 50 million won.

Yoo drew media attention for throwing his mobile phone out the window of his apartment home in Yongin, south of Seoul, during prosecutors' raid Wednesday. Due to the incident, prosecutors are said to have failed to seize his phone.

Judicial officials speculate Yoo's suspected attempt to destroy evidence in his phone may have prodded prosecutors to preemptively act to secure his custody.

Yoo may face bribery charges if he is found to have given preferential treatment to Hwacheon Daeyu and received profits from the company later.

Kim and other individual investors will likely be summoned by prosecutors soon to be questioned about possible corruption charges. 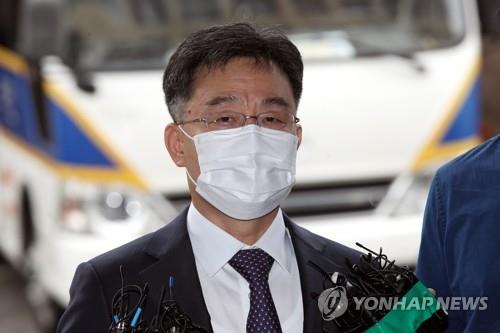