"The government and the military will respond sternly to any acts threatening the lives and safety of poeple," he said during the ceremony held on board the Marado, a landing platform helicopter (LPH) ship, in Yeongil Bay in the southeastern port city of Pohang. The bay is where the U.S. forces launched its first military landing operation during the 1950-53 Korean War. 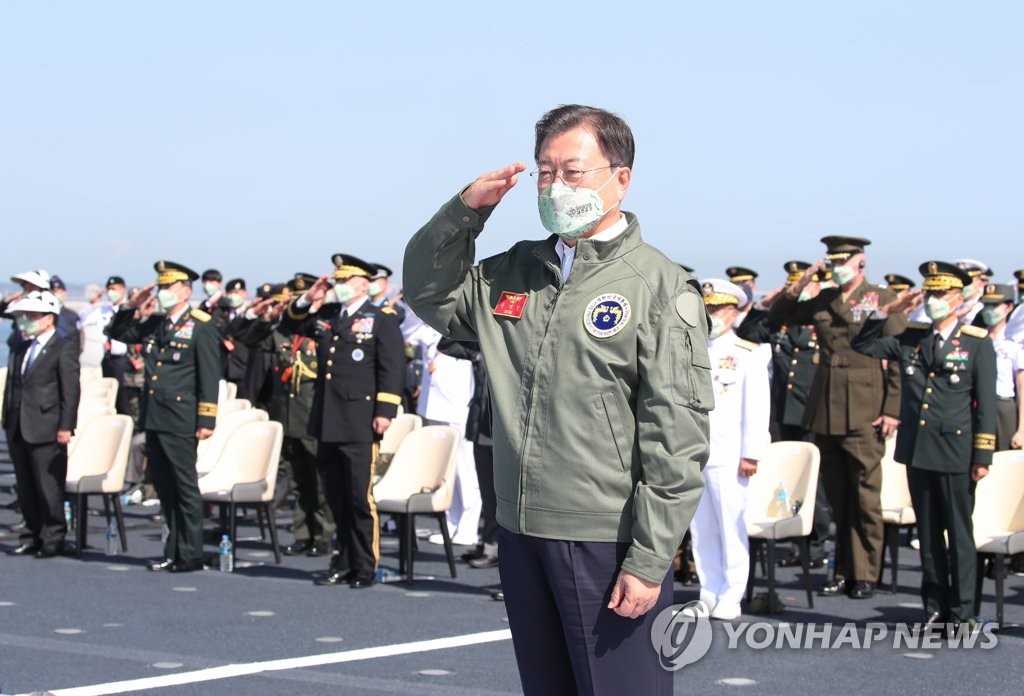 The president also highlighted "both South Korea and the U.S. was strengthening its joint defense posture" as part of efforts in meeting the conditions of South Korea's envisioned takeover of wartime operation control of its forces.

He also underscored Seoul's increased budget toward national defense, research and development of next-generation weapons, and wages for enlisted soldiers.