SEOUL, Oct. 1 (Yonhap) -- President Moon Jae-in recorded the highest job approval rating when compared to his predecessors in the second quarter of the fifth year of respective presidencies, a poll showed Friday.

In the three-day survey by Gallup Korea of 1,002 voters nationwide through Thursday, 38 percent gave a positive assessment of Moon's leadership, up 2 percentage points from a week earlier. The proportion of those who disapprove dropped 3 percentage points to 54 percent, Gallup said.

With an upcoming presidential election scheduled for March 2022, Moon's five year term, which began in May 2017, is scheduled to end next year.

According to Gallup, Moon's latest approval rating was the biggest compared to his predecessors during the same time window of respective presidencies since the country introduced a direct presidential election system through a Constitutional amendment in 1987.

The number for former President Park Geun-hye was not compared, as her presidency was then embroiled in a corruption scandal that led to her impeachment.

In terms of parties, public support for the ruling Democratic Party inched up 1 percentage point to 33 percent, and that of the main opposition People Power Party slid 3 percentage points to 31 percent. 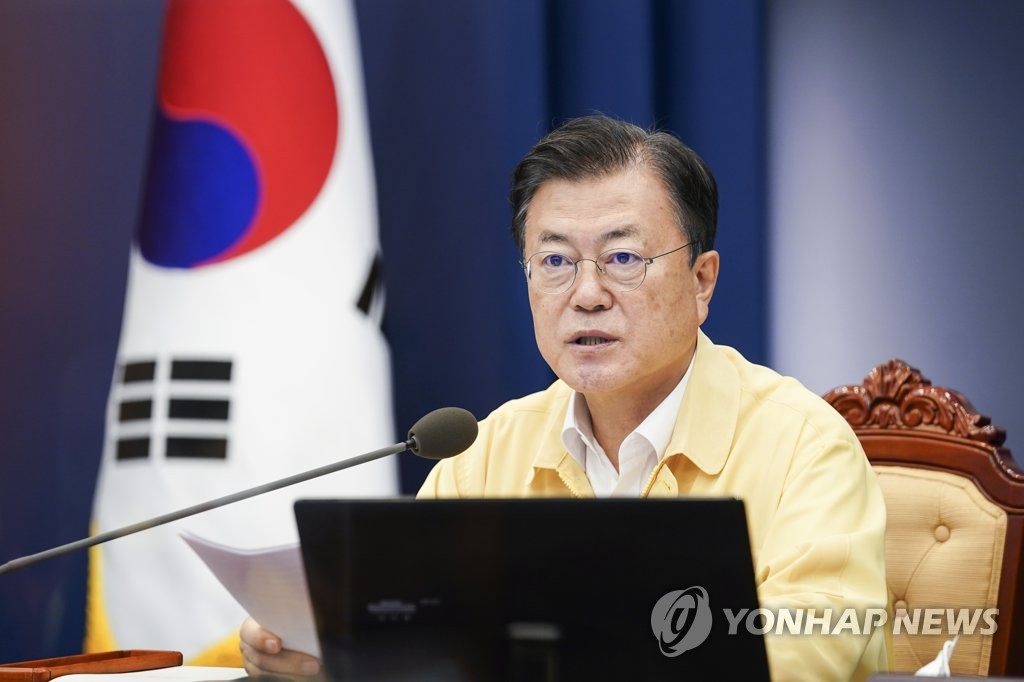