SEOUL, Oct. 4 (Yonhap) -- Anyone who has listened to the soundtrack for Marvel Studios' latest action film "Shang-Chi and the Legend of the Ten Rings" will have noticed an unusually large number of Korean artists on the tracklist.

But what may seem unusual to some was in fact natural for Sean Miyashiro, executive producer of "Shang-Chi and the Legend of the Ten Rings: The Album," after spending years listening to Korean music and befriending Korean artists, such as hip-hop and R&B singer Zion. T, he said in a recent written interview with Yonhap News Agency. "All the artists that were on this record are our friends, people that we've always wanted to do things with, and have really great relationships with," said Miyashiro, 40, whose New York-based company 88rising focuses on producing and promoting music by Asian Americans and Asians in the United States.

"When we talk about DPR Ian, DPR Live, BIBI and Seori, they are extremely talented and some of the fastest growing Korean artists that are paving the way for the next generation. So yeah, everything happened quite naturally. There was no planned strategy," he said.

The 18-track album, executive produced by Miyashiro and 88rising, includes "Nomad," performed by Zion. T and Japanese singer-songwriter Gen Hoshino, "Warriors" by Seori and Warren Hue, "Diamonds + and Pearls" by DPR Live, DPR Ian and peace, and "Never Gonna Come Down" by BIBI and Mark of boy band GOT7.

Anderson .Paak, whose song "Fire In The Sky" features on the album, is of part Korean heritage. 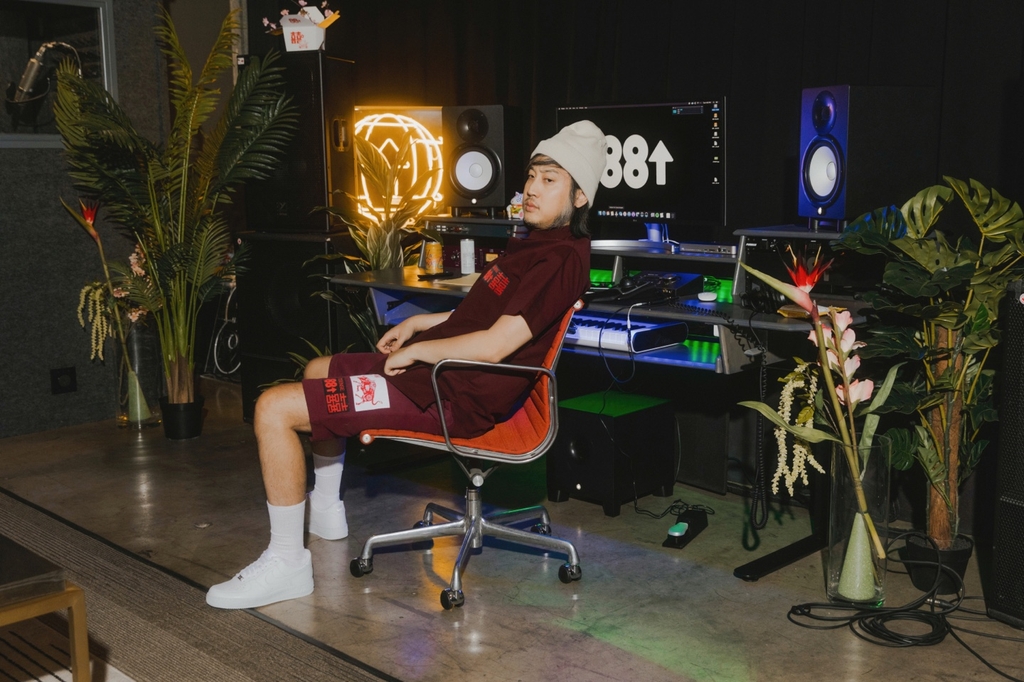 And together, they make up the only Korean acts to perform for a Marvel soundtrack since RM of K-pop supergroup BTS, whose song "Fantastic" made it onto the soundtrack for "Fantastic Four" in 2015.

"I would say that in the future, you'll see a lot more," Miyashiro said. "You'll see a lot more presence in terms of collaboration between 88rising and Korean artists, whether it be as simple as one song together or maybe very large-scale projects."

The San Jose, California, native was born to a Japanese father and Korean mother hailing from the southern port city of Busan.

Growing up, Miyashiro said his mother spent a lot of time with him listening to music such as the Beach Boys and took him with her when she went shopping at the Korean market.

"There would be this very small shelf in the front of the market with Korean music," he recalled. "I would look at these things and saw people that look like me doing music, and I thought they were so cool. In those times there weren't a lot of Asian musicians in America, but the music industry was popping in Korea." Miyashiro said he listened to Korean music with his Vietnamese, Chinese and Filipino friends, watching countdown shows and "falling in love" with Korean hip-hop, like Drunken Tiger and Dynamic Duo.

"I was so inspired by not just the music, but how serious these artists took their craft," he said. "You can feel in their delivery how skilled they were and how much they truly respected and loved hip-hop culture. So that connection really inspired me, and I was so proud that they can make such amazing music."

Those early years of Miyashiro's life were what propelled him into the music industry with a mission to celebrate Asian artists.

"There was no place to consistently and scalably celebrate Asian creatives that really were my friends actually," he said of his motivation for founding 88rising in 2015.

"They were all doing their thing and killing it in their creative fields. I thought to myself that if we had one kind of collective or movement to showcase these people's art and expression, it would be a really great thing, because nothing really existed."

Miyashiro, who also serves as the company's CEO, began with a simple mindset. There was no grandiose vision to be global.

"Luckily, a lot of people around the world started to experience the stuff that we're putting out and appreciating it," he said. "And we just kept going. That's the simplicity of it all."

Asked about his company's role in helping overcome anti-Asian bias, especially against the backdrop of recent reports of anti-Asian hate crimes in the U.S., Miyashiro said the answer is in bringing people closer together.

"I think that music and film can do a lot in terms of breaking down any preconceived notions of people," he said, mentioning the global popularity of Oscar-winning Korean immigrant film "Minari" and Netflix original Korean series "Squid Game."

"Shang-Chi" is Marvel's first Asian-led movie and one Miyashiro said he and his colleagues were ecstatic to be a part of.

Going into the project, the producer wanted to tell an overarching story of different themes, moods and things he saw growing up in California.

"I wanted to showcase the Asian American experience from a young person's perspective: celebrating family, getting in trouble for falling in love and how important family was to a lot of us," he said.

Then, there was also the hope of celebrating Asian parents when they were young.

"Because meanwhile a lot of people think Asian parents are strict, we wanted to show another side of them -- they were once young, and they fell in love, just like we did," Miyashiro said.

The soundtrack album dropped Sept. 3, alongside the movie's release in the U.S.