SEOUL, Oct. 2 (Yonhap) -- "My Universe," the collaboration single by K-pop sensation BTS and British rock band Coldplay, debuted at No. 3 on the British Official Singles Chart Top 100, on par with two previous highest rankings for the South Korean group.

The song, which was released Sept. 24, placed third on the chart this week, according to a tweet by the Official Charts Company.

The charts are compiled based on official sales of downloads, CDs, audio streams and video streams.

BTS previously peaked at No. 3 on the singles chart with its English-language singles "Dynamite" and "Butter." 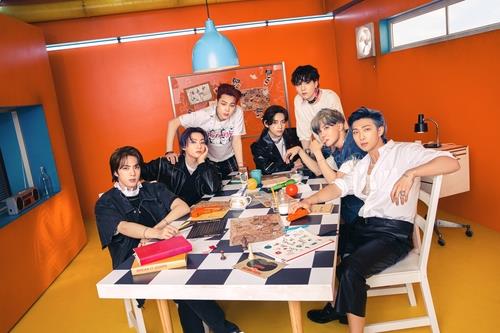