SEOUL, Oct. 1 (Yonhap) -- Foreign Minister Chung Eui-yong on Friday dismissed North Korea's demand for South Korea and the United States to withdraw "hostile policy" as "unilateral," reiterating the allies do not have such a policy toward the regime.

During a parliamentary audit session, Chung responded to a question of whether Seoul and Washington can accept Pyongyang's calls to remove what it terms the hostile policy and "double standards" -- a reference to the allies characterizing its missile launches as "provocations" while justifying their own missile activities as "deterrence."

Kim Yo-jong, the sister of North Korean leader Kim Jong-un, made the call in a statement last week, a move analysts said appeared to be intended to pressure the South to help the North secure sanctions relief and other benefits.

"I assess that Kim Yo-jong's statement calling for stopping the application of double standards is a unilateral claim by the North, which is not desirable," Chung said. "We and the U.S. have repeatedly stressed we do not have any hostile policy toward the North." 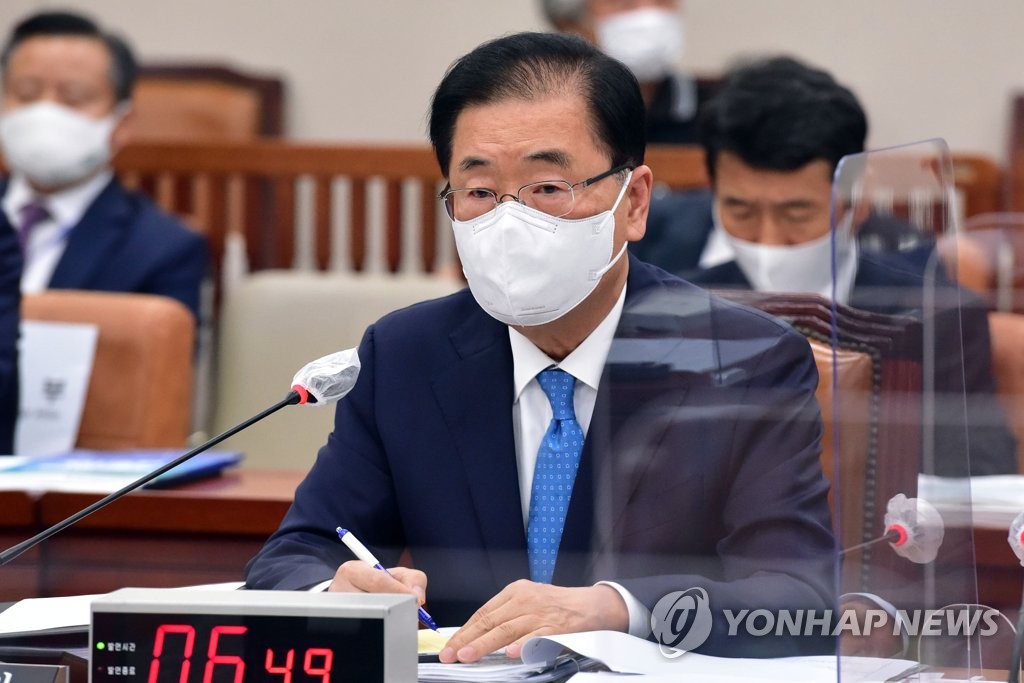 When asked if there is a need to ease anti-Pyongyang sanctions, the minister said, "Yes."

"I think that now, time is ripe for the consideration of sanctions relief," he said.

But Chung stressed denuclearization as a major premise for the resumption of dialogue with the North.

"When it comes to the resumption of dialogue between the North and the U.S., the North's willingness to denuclearize and its enforcement of substantive steps toward denuclearization is a great premise," the minister said.