South Korea plans to finalize its specific plan in late October for the goal of carbon neutrality, and it will submit its plan to additionally raise its nationally determined contribution (NDC) to the United Nations within this year.

At a virtual climate summit in April, President Moon Jae-in said South Korea will reduce carbon emissions by 24.4 percent by 2030 from 2017 levels.

The government will "actively" support the corporate sector's efforts to reduce carbon emissions, Hong said at a meeting with CEOs of five conglomerates, including Samsung Electronics and Hyundai Motor Co.

"The government plans to consider the achievable goal of NDC as much as possible, and it will set up the sectoral road map to actively support companies and ease their burdens when we finalize NDC," Hong said.

South Korea's greenhouse gas emissions were estimated at 648.6 million tons in 2020, down 7.3 percent from the previous year, according to the environment ministry. It marked the first time that such emissions declined for the second straight year.

Hong also called for the participants to make preemptive investment in batteries and hydrogen cars, as they will serve as new engines for growth in a low-carbon society, according to the finance ministry. 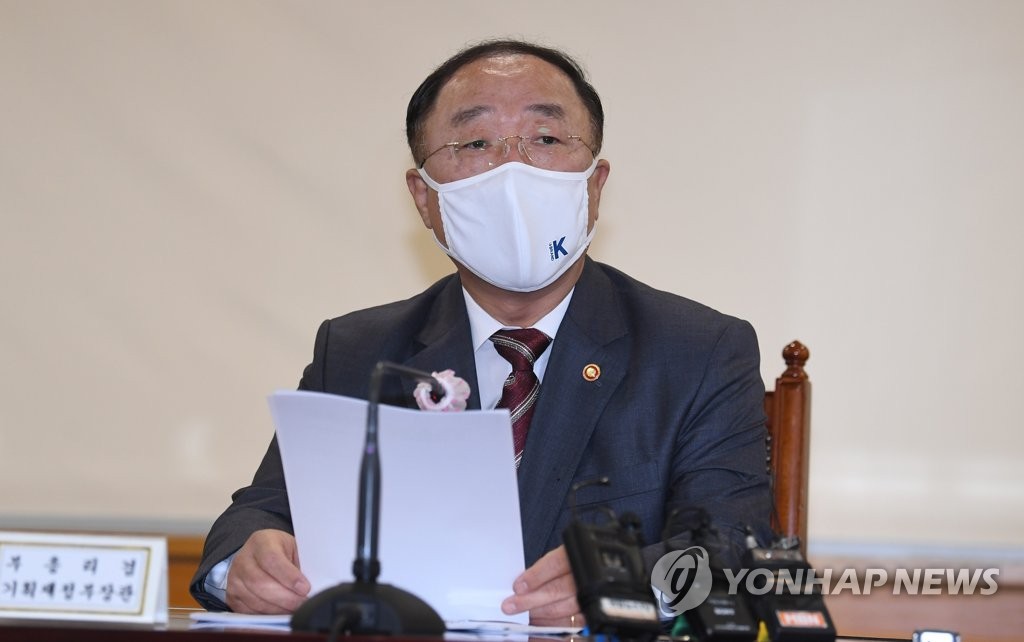