Psaki made the remark after North Korean leader Kim Jong-un accused the U.S. of harboring a hostile intent toward the North.

"We remain prepared to discuss the full range of issues," Psaki said when asked about Kim's speech at a recent parliamentary meeting. 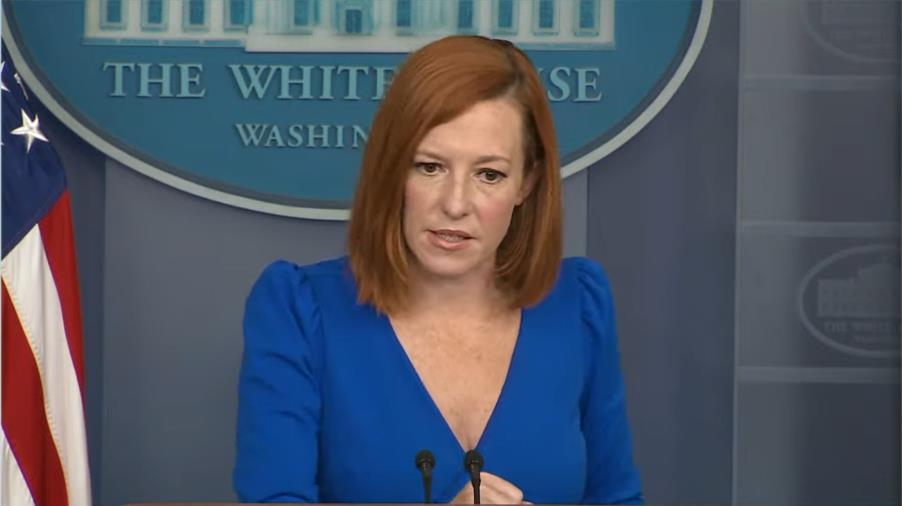 In his speech on Wednesday (Seoul time), the North Korean leader argued the U.S.' hostile policy toward the North has not changed eight months after the new Joe Biden administration took office, while calling the Biden administration's outreaches to Pyongyang for dialogue "a petty trick for deceiving the international community and hiding its hostile acts."

Psaki noted the North has yet to respond to U.S. overtures.

"We've made specific proposals for discussion with the North Koreans, but have not received a response to date," she said in a press briefing.

The White House press secretary also said her country would support dialogue between the two Koreas.

"In terms of potential discussions between the North Koreans and the South Koreans, obviously, we've made our own outreach of potential engagement," she said.

The North had reopened cross-border communication channels in July, about 13 months after it had unilaterally severed them, but only to shut them down again about two weeks later.

The White House official's remark also comes after a series of missile launches by North Korea that Pyongyang claims included the test launch of a new hypersonic missile.

The U.S. earlier condemned the missile test, along with the test launch of a short-range ballistic missile on Sept. 15, as violations of multiple U.N. Security Council resolutions that prohibit the North from developing or testing any nuclear and ballistic missiles.

Psaki said the U.S. was continuing to assess the recent North Korean missile launches to confirm the type of missiles involved.