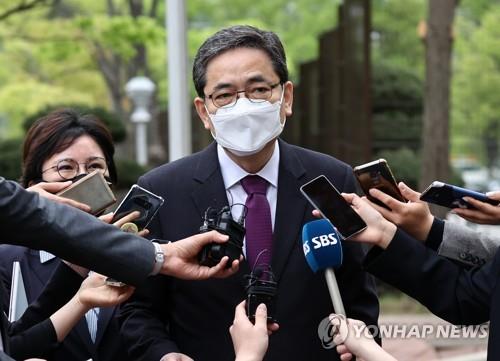 According to the National Assembly Act, a majority vote is required to approve a lawmaker's resignation.

Kwak's resignation offer came one day after a group of 51 lawmakers, mostly from the DP, submitted a motion to discipline him. A large number of PPP lawmakers have also stepped up pressure on him to resign.

Kwak is also under police investigations, as civic activists recently filed a criminal complaint against him on suspicions of bribery.

In recent days, prosecutors and police have been speeding up their investigations into the Seongnam land development scandal amid allegations that Lee gave business favors to certain developers during his days as the city's mayor years ago.