Of the cases, 41, or 89 percent, were vaccine breakthrough infections.

The report of the cluster infections in the border county of Yeoncheon came a day after one noncommissioned officer there tested positive upon returning from a vacation, according to the ministry.

Subsequent tests on 184 other members of the unit confirmed 45 additional cases.

The number could further increase, as 23 are still awaiting their tests results.

"Most of the confirmed patients are showing no symptoms as of now and the situation is under stable control," the ministry said in a statement.

The Army has restricted troops' movement from the base and contact tracing is under way in coordination with the local government and health authorities, it said.

It is the latest in a series of cluster infections reported in barracks as South Korea struggles to contain the fourth wave of the pandemic that has worsened following the Chuseok holiday last week.

In July, all members of the 301-strong Cheonghae unit on an anti-piracy mission in waters off Africa were airlifted home, after 247 troops were diagnosed with COVID-19. Subsequent tests found 25 more cases, raising the total caseload to 272, or 90 percent of the total members.

The latest cases raised the total number of infections reported in the military to 1,828. 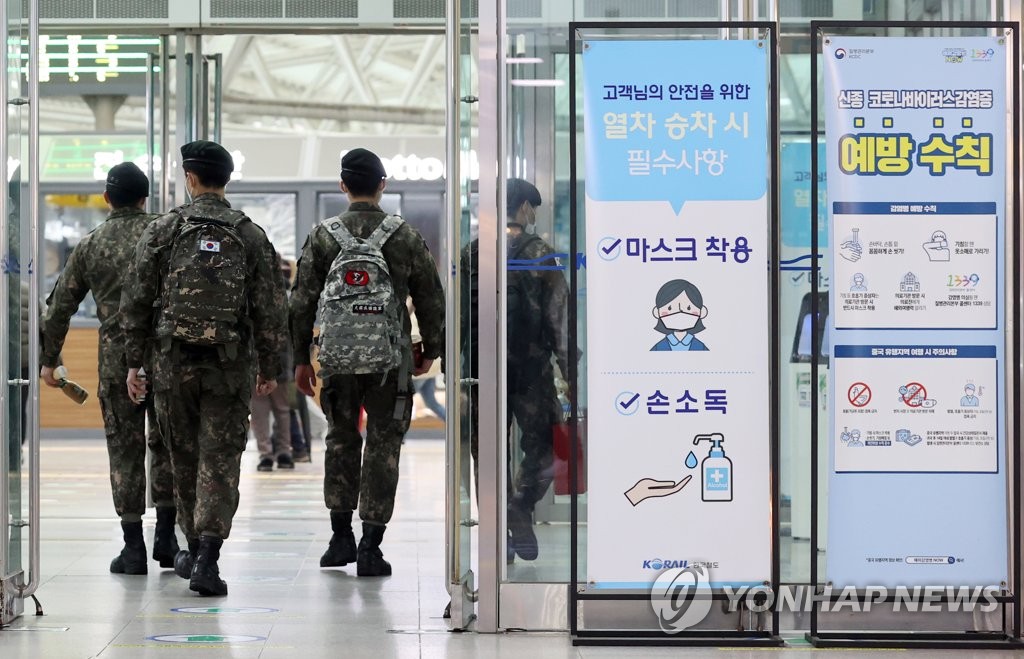