After Sunday's primaries, Lee's support rose to 54.9 percent of the votes cast since the race began early this month, up from Saturday's 53.51 percent, while the support for his rival Lee Nak-yon fell to 34.3 percent from 34.67 percent.

The race is scheduled to wind up with a primary in Seoul on Oct. 10. 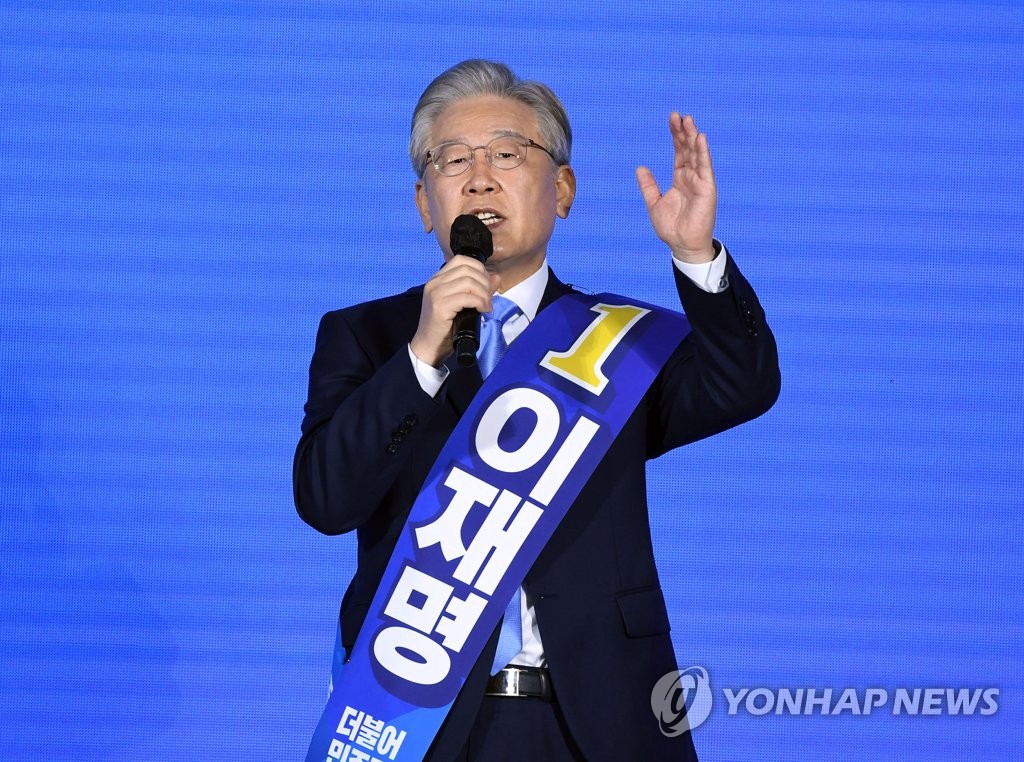 If the current trend holds, Lee is expected to win the party's ticket for March's presidential election without a run-off vote.

Sunday's results showed again that the DP's primaries have seen almost no impact from a snowballing land development scandal in Seongnam, south of Seoul, allegedly involving the governor during his time as the city's mayor in 2015.

The main opposition party has accused Lee of masterminding a scheme that ended up providing astronomical profits to asset management firm Hwacheon Daeyu and its seven affiliates after the firm, which was previously unheard of, was selected as a civilian partner for the project in Seongnam.

Gov. Lee said his latest win signals "the people's mandate to tackle corrupt forces within society's establishment" and pledged to do his best without putting his mind at ease throughout the rest of the primary.

Ex-DP chief Lee, meanwhile, said he sees the possibility of an upset as still open. While thanking his supporters, the former prime minister also said he "will try to understand" the hearts of those who did not support him.