BERLIN, Oct. 3 (Yonhap) -- South Korea will work to hold high-level talks with North Korea before the end of this year, Seoul's unification minister Sunday, amid efforts by the South to sign a declaration to officially end the 1950-53 Korean War, possibly around the Beijing Winter Olympics.

"Wouldn't it be nice to for the South and North to head to the Beijing Olympics by holding hands with a delightful heart from reaching an agreement on dialogue and cooperation," Unification Minister Lee In-young, who was visiting Berlin to attend a ceremony celebrating the 31st anniversary of German unification, told Yonhap News Agency.

The minister said "the time to reach such a decision was imminent" and stated that the government will work toward holding a high-level dialogue with North Korea by the end of this year.

Last month, President Moon Jae-in proposed in a speech to the United Nations General Assembly the two Koreas and the United States, possibly joined by China, declare a formal end to the 1950-53 war. The two Koreas are still technically at war, as the war ended in a cease-fire, not a peace treaty.

Speculation has surfaced that Seoul could seek an additional inter-Korean summit for the proposed declaration on the occasion of the Beijing Winter Olympics in February. 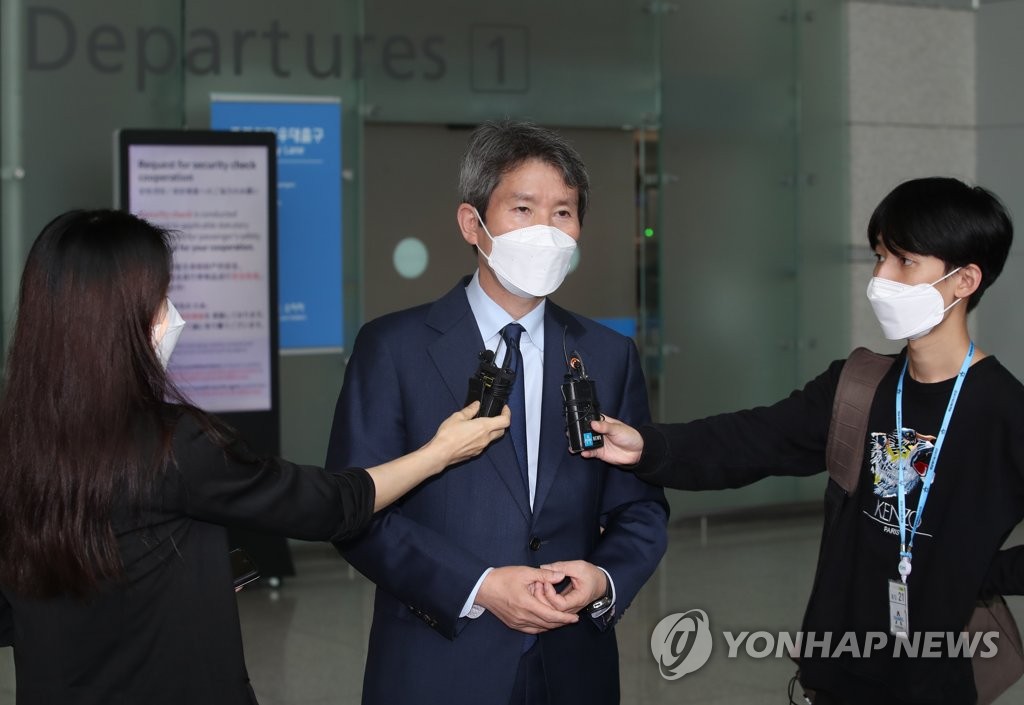 Cross-border ties have been frozen since June of last year after the North blew up a liaison office in its border town of Kaesong and unilaterally cut off all communication lines with South Korea in protest over anti-Pyongyang leaflets sent from the South. In recent weeks, the North conducted a series of missile test launches, including what it claimed was a "hypersonic" missile.

The North's leader Kim Jong-un, however, told a session of the country's rubber-stamp parliament Wednesday that he will restore cross-border communication lines with South Korea in early October as part of efforts to improve chilled relations.

"We could come up with a video teleconference system as soon as the communication lines are restored, then resume discussions to follow-up on past agreements in different areas of cooperation," Lee said.

The minister, however, said it would be premature to immediately propose or resume high-level talks with the North, adding that he believes it is "better to move forward calmly and firmly as opposed to rushing."