The pop-up store, set up at a cafe in Paris' 2nd arrondissement, ran from Saturday to Sunday and allowed visitors to take photos with the staff dressed up as red-suit guards as in the show.

The store also showcased a childhood game featured in the series known as "dalgona bbobgi." Visitors at the pop-up store took on the challenge, in which they have to successfully crack sugar candy into a particular shape, such as a star, without breaking the whole piece.

"Squid Game" is a nine-part thriller, which revolves around a group of people taking part in a series of deadly games to win 45.6 billion won (US$38.5 million) in prize money.

After its official release on Sept. 17, it entered the top 10 on the world's popular Netflix TV show rankings offered by streaming analytics firm FlixPatrol and became the first South Korean show to hit No. 1 on Netflix's top 10 TV show list in the United States.

"Squid Game will definitely be our biggest non-English language show in the world, for sure," he said during Code 2021, an annual technology conference hosted in Beverly Hills, California, by American media company Vox Media. 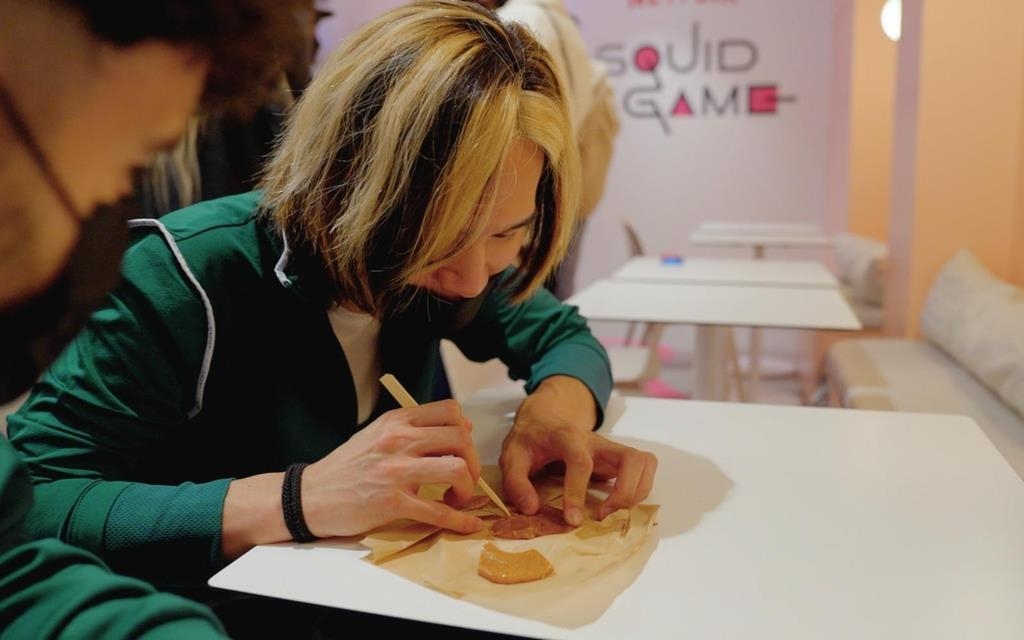 'Squid Game' all the rage in Paris

'Squid Game' all the rage in Paris