SEOUL, Oct. 5 (Yonhap) -- Samsung Electronics Co. and its union will have their first wage talks Tuesday as the tech giant is moving to create a healthy labor-management culture following its leader's commitment to scrap the conglomerate's "no labor union" policy.

Representatives from Samsung's management and the union will hold the first round of wage talks at its plant in Yongin, 49 kilometers south of Seoul.

It will be the first wage negotiations since Lee Jae-yong, the leader of Samsung Group, in May 2020 vowed to abolish the conglomerate's long-standing practice of not allowing labor unions. 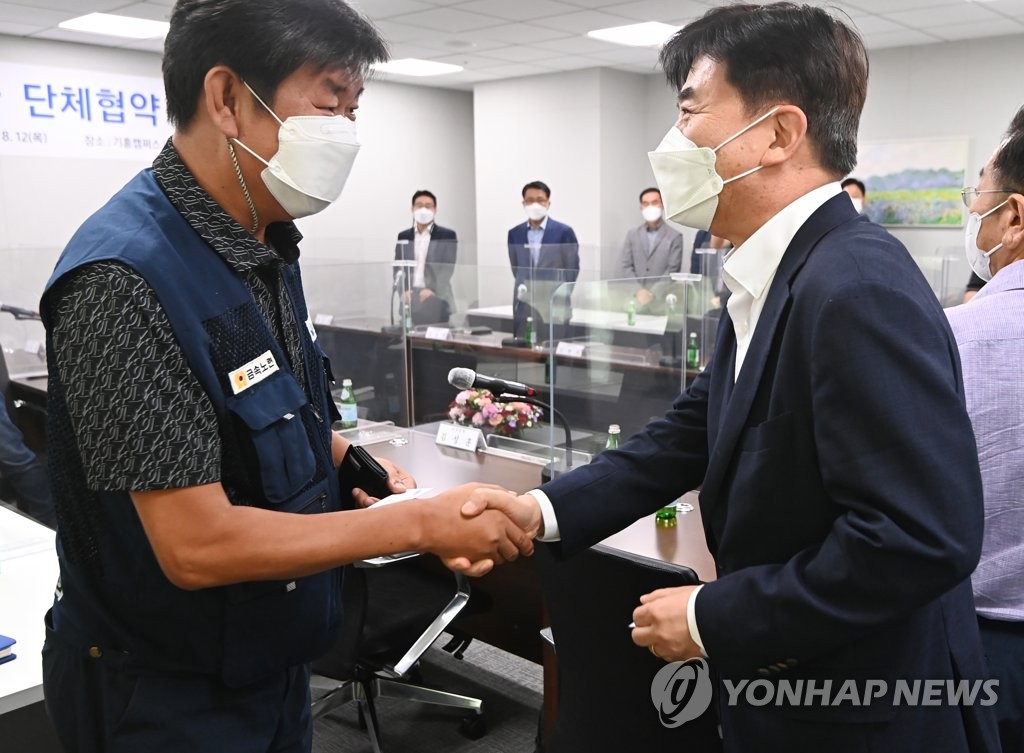 Their wage negotiations also come two months after the two sides signed the first-ever collective agreement covering the rights of the union and terms of other labor-related issues.

Up until now, Samsung has decided all wage increases through an in-house independent council without negotiating with unionized workers.

For this year, the council confirmed a 7.5 percent pay increase, but as wage talks with the union have now opened, the size of the raise is likely to change.

Samsung has four labor unions, but they have formed one joint bargaining group to negotiate wage issues with the company.

The union's wage negotiation draft showed it wants Samsung to raise each worker's salary by 10 million won (US$8,440), give company shares and COVID-19 compensation, and pay 25 percent of the company's operating profit as incentives.

According to corporate tracker Leaders Index, the average salary of Samsung workers would reach 182 million won, up 51 percent from last year's figure, if the company accepts the union's demands.