The two Koreas also held a phone call through the inter-Korean liaison line at 5 p.m. as scheduled, the ministry said later in the day. 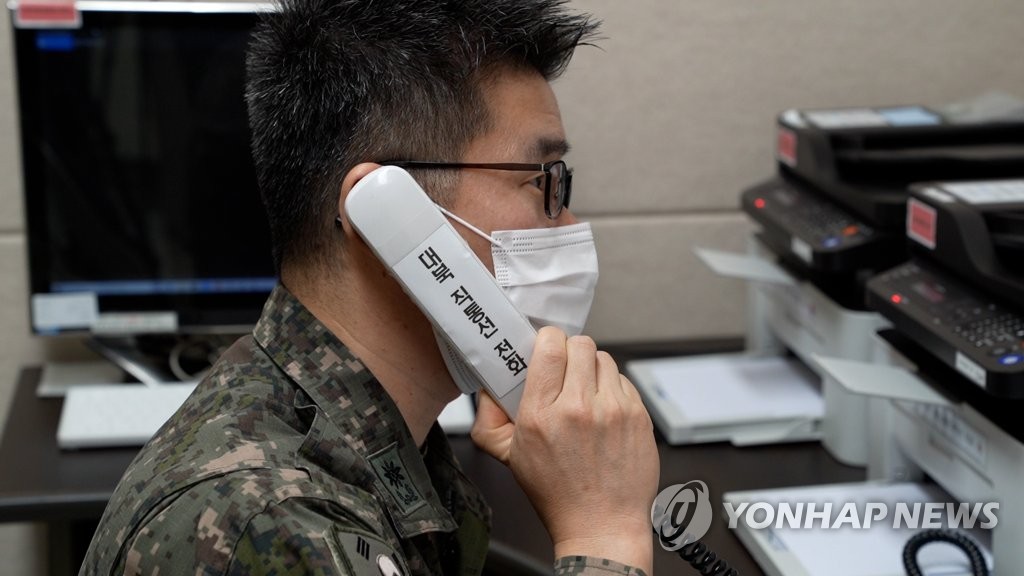