(ATTN: UPDATES with lawmaker's response in paras 7-9)
By Lee Haye-ah

SEOUL, Oct. 5 (Yonhap) -- A lawmaker, who formerly headed a major civic group supporting women forced into wartime sexual slavery by Japan, has been accused of embezzling the organization's funds 217 times, mostly for personal purposes, such as paying at "galbi" or rib restaurants, an opposition lawmaker said Tuesday.

Rep. Youn Mee-hyang, who led the Korean Council for Justice and Remembrance for the Issues of Military Sexual Slavery by Japan until her election in 2020, spent over 100 million won (US$84,300) of the organization's funds for personal use from January 2011 until March 2020, Rep. Jun Joo-hyae of the main opposition People Power Party said, citing a copy of the indictment she received from the justice ministry. 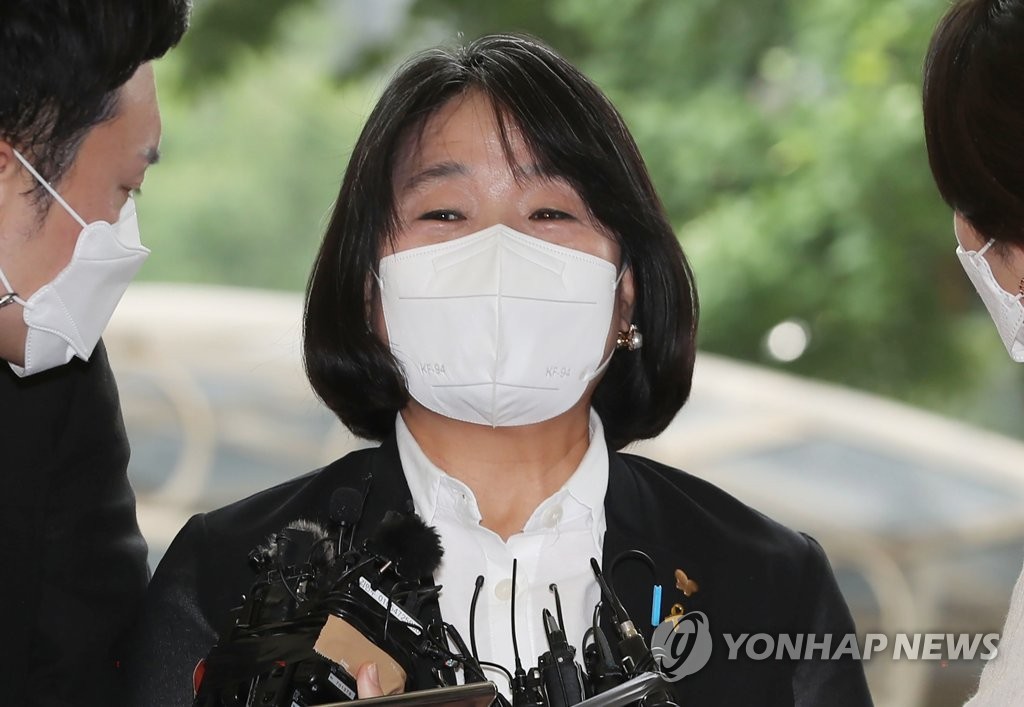 Youn made the transactions via debit card or bank transfers in amounts ranging from 1,500 won to 8.5 million won, according to the indictment.

The lawmaker, who has denied any wrongdoing, refuted the charges in a Facebook post, saying the cited transactions were made for official purposes and any that were personal were paid for herself, not using donations to the council.

"The charges the prosecution has brought against me have clearly not been proven as crimes and I have faithfully been refuting them through my trial," she wrote.

"I strongly demand a halt to the recent behavior of malicious reporting based on assumptions that the prosecution's charges amount to crimes. I will get through this unjust situation that has been brought about by the prosecution's forced indictment," she added.

Youn was indicted in September last year on charges of fraud and embezzlement of funds meant for the elderly women who were forced into sexual slavery for Japanese troops during World War II. The victims are euphemistically called "comfort women."

In a court hearing last month, a former accountant for the council testified that the group reimbursed the expenses of its staff upon receiving proper documentation and that Youn never asked to be reimbursed without submitting a receipt.

The embattled lawmaker was elected on a proportional representation ticket of the ruling Democratic Party in April 2020.

Last June, she was expelled from the party over allegations of illegal real estate dealings.