SEOUL, Oct. 5 (Yonhap) -- The Vienna Philharmonic, one of the world's most prestigious orchestras, will likely become the first foreign orchestra with more than 100 players to have concerts in South Korea next month.

The Sejong Center for the Performing Arts said Tuesday the South Korean authorities are considering giving the 120-member company a two-week quarantine exemption for the six-day visit.

Conducted by Italian maestro Riccardo Muti, the Vienna-based orchestra plans to play Mozart's Symphony No. 35 and Schubert's Symphony No. 9 at Sejong Center in central Seoul on Nov. 14, the center said. The orchestra will have two more concerts in Daejeon on Nov. 15 and in Seoul the next day.

The concerts, if confirmed, will become the first by a foreign orchestra with more than 100 players since the pandemic began in South Korea in January last year.

Under the Korean virus control guidelines, foreign tourists who visit the country on purposes of important business or academic interest or for humanitarian reasons are exempted from the mandatory quarantine period.

The Vienna Philharmonic has submitted its plans to the authorities to use a chartered flight, control visitor access, be accompanied by an attendant doctor and have its members undergo virus tests every day, according to a government official.

Most recently, all 23 members of Russia's Moscow Soloists Chamber Orchestra were granted the quarantine exemption before starting a series of concerts, commemorating the 30th anniversary of Seoul-Moscow diplomatic ties, in South Korea from Friday. 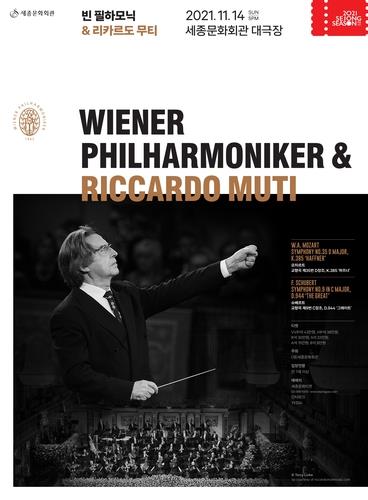