SEOUL, Oct. 5 (Yonhap) -- Clashes between rival political parties intensified Tuesday in connection with a sprawling regional development corruption scandal, causing disruptions of a series of parliamentary audit sessions of the government amid opposition calls for an independent counsel investigation.

At the start of at least three audit sessions, lawmakers of the main opposition People Power Party (PPP) hung banners on their desks calling for a special prosecutor probe and other slogans attacking the ruling Democratic Party and its presidential hopeful Gyeonggi Province Gov. Lee Jae-myung.

In response, DP lawmakers boycotted the sessions, accusing the PPP of trying to take political advantage of the audit. Some DP members even put up their own banners claiming that the opposition party is to blame for the scandal.

The scandal escalated over the weekend with the arrest of Yoo Dong-gyu, widely considered a close aide to Gov. Lee, on charges that he played key roles in helping a private asset management firm collect astronomical profits from a land development project in Seongnam, south of Seoul.

Lee was mayor of Seongnam at the time.

Yoo is suspected of involvement in selecting the little-known asset firm, Hwacheon Daeyu, as a civilian partner for the project to develop Seongnam's Daejang-dong district into apartment complexes and designing the profit distribution arrangements in a way that benefits the firm.

Yoo, who was acting president of Seongnam Development Corporation in charge of the project at the time, was also accused of taking kickbacks from Hwacheon Daeyu in return for the alleged business favors while inflicting massive financial damage to the city.

Yoo has denied any wrongdoing.

The leadership of the main opposition People Power Party (PPP) stepped up its calls for an independent special counsel probe into the scandal during a party meeting earlier in the day, zeroing in on Lee's alleged role in it. 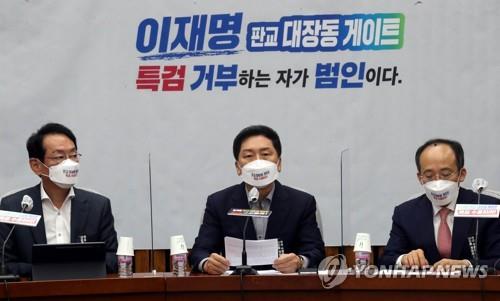 "The fake frame that puts the blame (for the scandal) solely on the corruption by Yoo Dong-gyu as an individual cannot make sense," PPP floor leader Rep. Kim Gi-hyeon said during the party meeting. "It will be laughable to deny Yoo is in the same political and economic community with Gov. Lee."

On Sunday, Lee expressed regret over the scandal, but clearly denied his involvement.

"I think it is very regretful that one of the employees who were under my command was implicated unfortunately in affairs that I supervised," Lee told reporters over the arrest of Yoo. "As a politician, I express my deep regret."

But the governor said the scandal is not something for which he should apologize, insisting that he has not given any business favors. 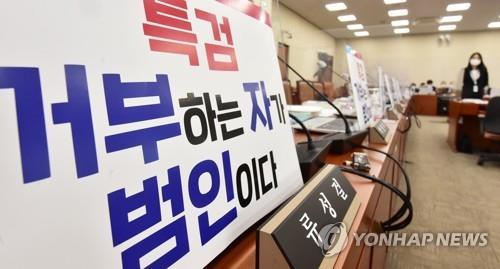 On Wednesday, the PPP is also planning to launch a protest march across the city center in Seoul in a strategy widely seen as aimed at drumming up public opinion against the widening scandal in the run-up to the March presidential election. 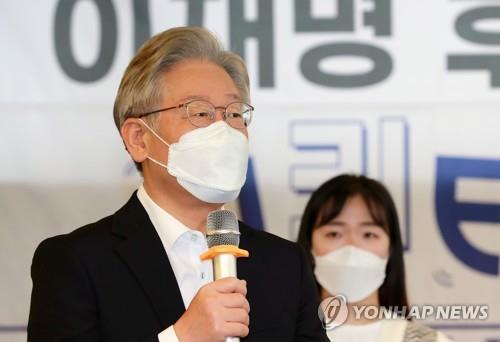