SEOUL, Oct. 5 (Yonhap) -- Recently unearthed movable metal type blocks from the early Joseon Dynasty (1392-1910) will be on public display at a Seoul museum for the first time next month, officials said Tuesday.

The National Palace Museum of Korea said 1,755 pieces of Joseon era artifacts excavated in June, including 1,632 metal type blocks, will be on exhibition at the museum in central Seoul from Nov. 3 to Dec. 31. 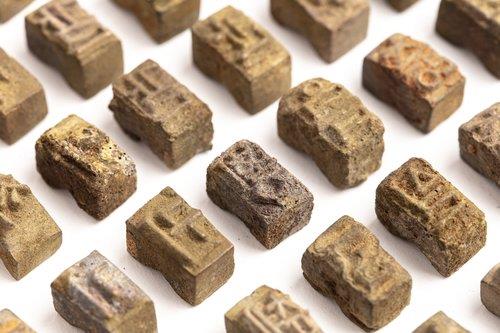 The metal type blocks, believed to have been produced between the 15th and 16th centuries, have garnered much attention after they were unearthed from the ancient remains in Seoul's Insadong, known to be a commercial and cultural center of the capital during the Joseon era.

The newly found copper items include those believed to be some of the oldest extant Korean-letter type pieces and Chinese character blocks dating back to 1434 and 1455, according to culture authorities.

South Korea is known as a country that printed "Jikji," the world's oldest extant book printed with movable metal type. The Buddhist document was printed at a temple in Cheongju, about 140 kilometers south of Seoul, in 1377. 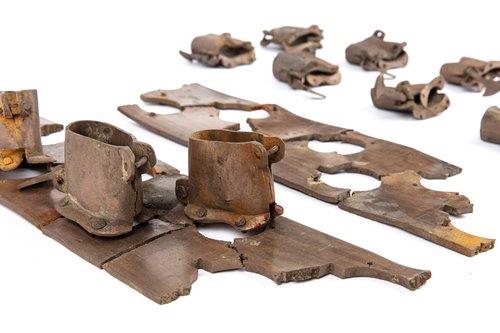 Visitors will also be able to see some other relics discovered together, including part of an astronomical clock and an artifact believed to be a component of a water clock.

In December, the museum will hold a separate exhibition on antiquities found in Gyeongbok Palace, the main royal palace of the Joseon Dynasty, and documents on their restoration and preservation to mark the 30th anniversary of the palace restoration project.