SEOUL, Oct. 5 (Yonhap) -- The player they call "the bull" has lived up to that moniker for his new Premier League club, and Wolverhampton Wanderers forward Hwang Hee-chan says he's the same player that he's always been.

All Hwang needed was an opportunity to show what he can do.

Hwang's bullish brace lifted Wolves to a 2-1 victory over Newcastle United on Saturday and gave the South Korean three goals in five matches this season. 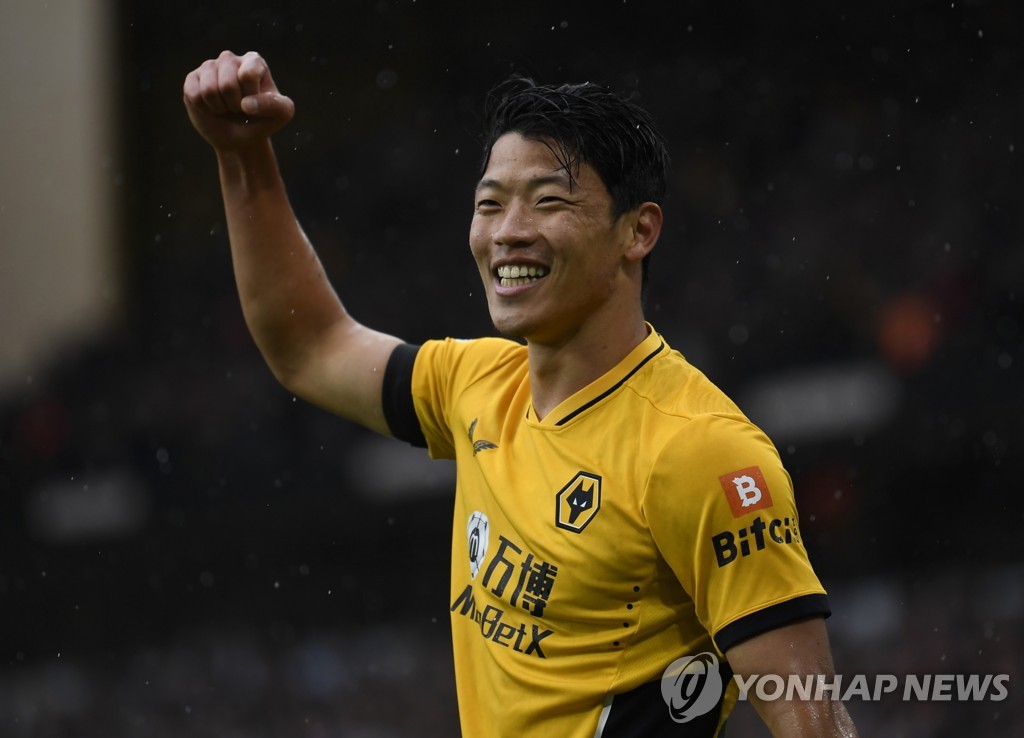 Still riding high from the memorable performance, Hwang has joined the national team for two Group A matches in the final round of the Asian qualification for the 2022 FIFA World Cup.

South Korea, ranked 36th, will host the 81st-ranked Syria at 8 p.m. Thursday at Ansan Wa Stadium in Ansan, 40 kilometers south of Seoul. Then they will be at Azadi Stadium in Tehran to take on No. 22 Iran next Tuesday. The kickoff there is 5 p.m. (local time) or 10:30 p.m. (Seoul time).

Having netted just one goal in their previous two qualifiers combined, South Korea will turn to Hwang for much-needed offense. And Hwang is more than ready to oblige.

"Whenever I take the field, my mindset as an attacker is to try to score goals," Hwang said in an online interview Tuesday from the National Football Center (NFC) in Paju, 30 kilometers north of Seoul in Gyeonggi Province.

"Even if I don't get to score, I'll try to help the team win in any way I can," Hwang added. "I can't do things by myself. We have a lot of talented players at training camp here. We'll all try to work well as a team and give our fans something to cheer about." 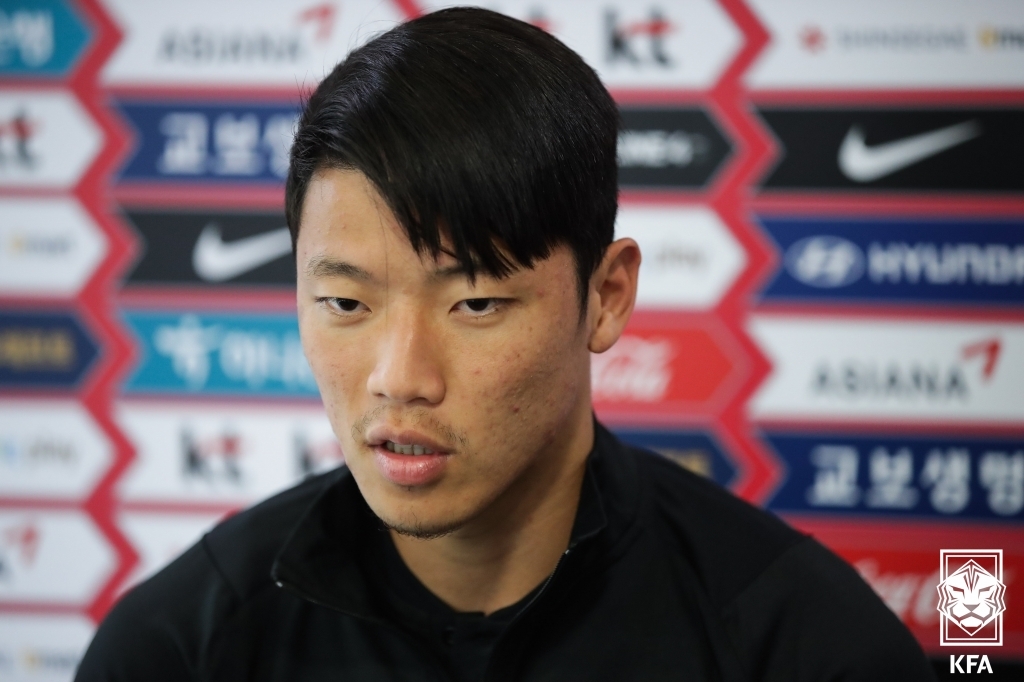 As important as the Iran match is, Hwang said he won't yet look past Syria, a team that can give South Korea fits.

"Our fans may not be too familiar with Syria, compared to other teams in the Middle East, but they have some speedy and skilled players," Hwang said. "We just have to focus on things that we can do well and not worry so much about our opponents."

South Korea have not won a match in seven trips to Azadi Stadium, with two draws and five losses. Hwang predicted another difficult away contest for South Korea but added, "Hopefully, we'll be able to beat Syria and carry that momentum into the match against Iran."

Hwang began his club career in Austria in 2014 and moved on to Germany. He signed with RB Leipzig in 2020 but didn't see much action with the Bundesliga club. He didn't score a goal in 20 league appearances for Leipzig. 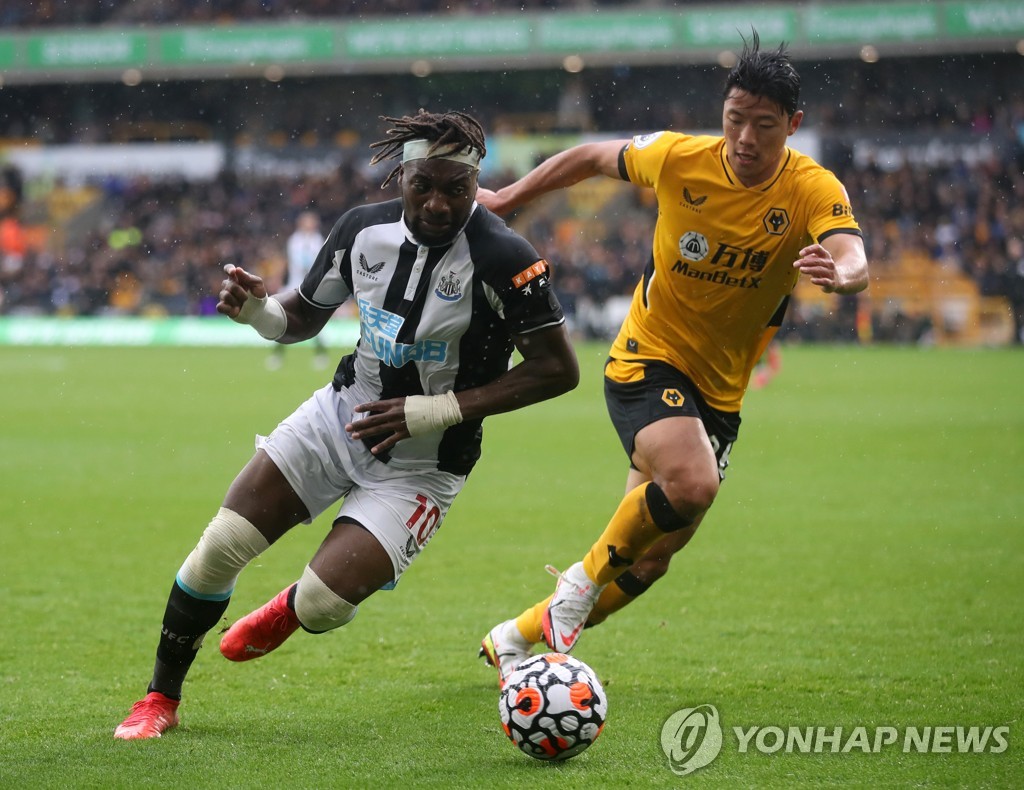 Wolverhampton, on the other hand, have been able to unlock Hwang's scoring potential that the player himself claims has been in him all along.

"I don't know that I've made technical improvements, per se, but I've always been training hard and taking good care of myself," Hwang said. "I am getting to execute things I've been practicing because I am playing more often. And my confidence has grown as a result."

Both Hwang and the other South Korean in the Premier League, Son Heung-min of Tottenham Hotspur, were named to the Premier League's Team of the Week. Son didn't score in Tottenham's 2-1 victory over Aston Villa on Sunday, but he assisted on one goal and was involved in Aston Villa's own goal.

"I am grateful for that honor, and this motivates me to work even harder," Hwang said. "This is not the end. I'll try to do better in the future." 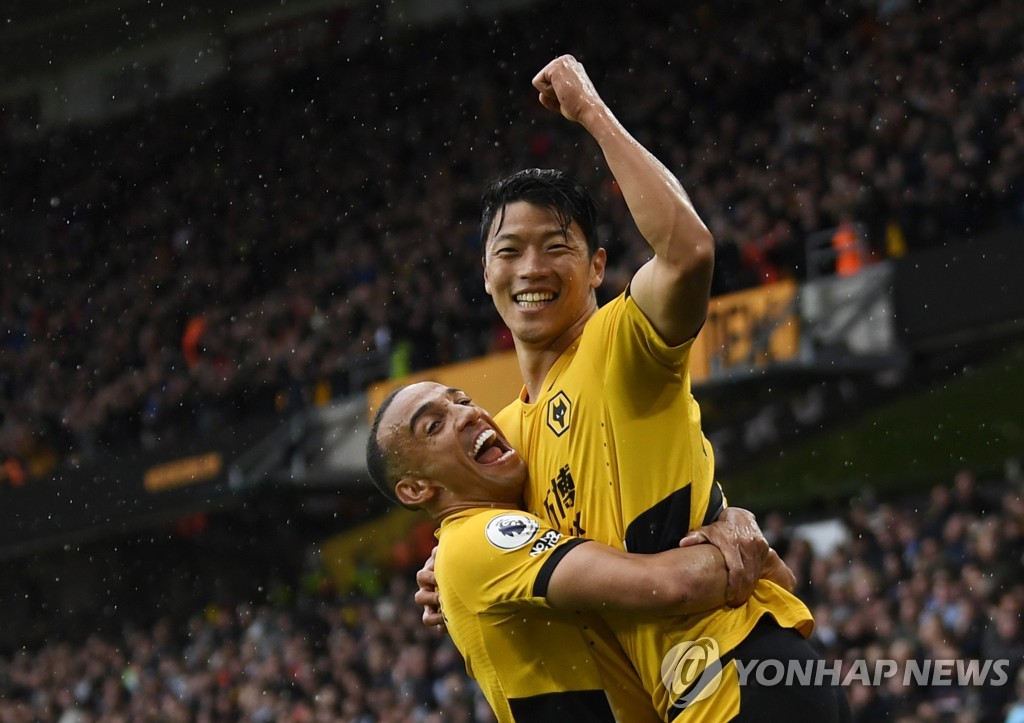 Tottenham and Wolverhampton clashed in the third round of the Carabao Cub in late September. Tottenham prevailed in the penalty shootout to advance, and the two South Korean players shared a few moments on the field afterward.

"It was great to see a fellow Korean player on such a big stage," Hwang said of his longtime international teammate. "It was a bit odd facing him as an opponent."

Hwang thanked Wolverhampton's coaches, teammates and staffers for going out of their way to help him adjust to his new surroundings on and off the pitch. He also said he was "quite surprised" to see how well the Premier League club looks after its players.

"Throughout my professional career, I've prided myself of taking care of my body, when it comes to eating, training and getting proper rest," Hwang said. "And my new team has been helping me so much in those areas that I don't have to worry about anything else. It has given me peace of mind and helped me get into great shape."

He arrived in Molineux in August on a loan deal from RB Leipzig, with an option for a permanent transfer next summer. And by the early looks, there may be no going back to Germany for the 25-year-old.

"Ever since I was a kid, I've dreamed of playing in the Premier League, and I am grateful to have this opportunity," Hwang said. "Everything (with Wolverhampton) is top notch. I can just focus on football. I've been having so much fun training and playing." 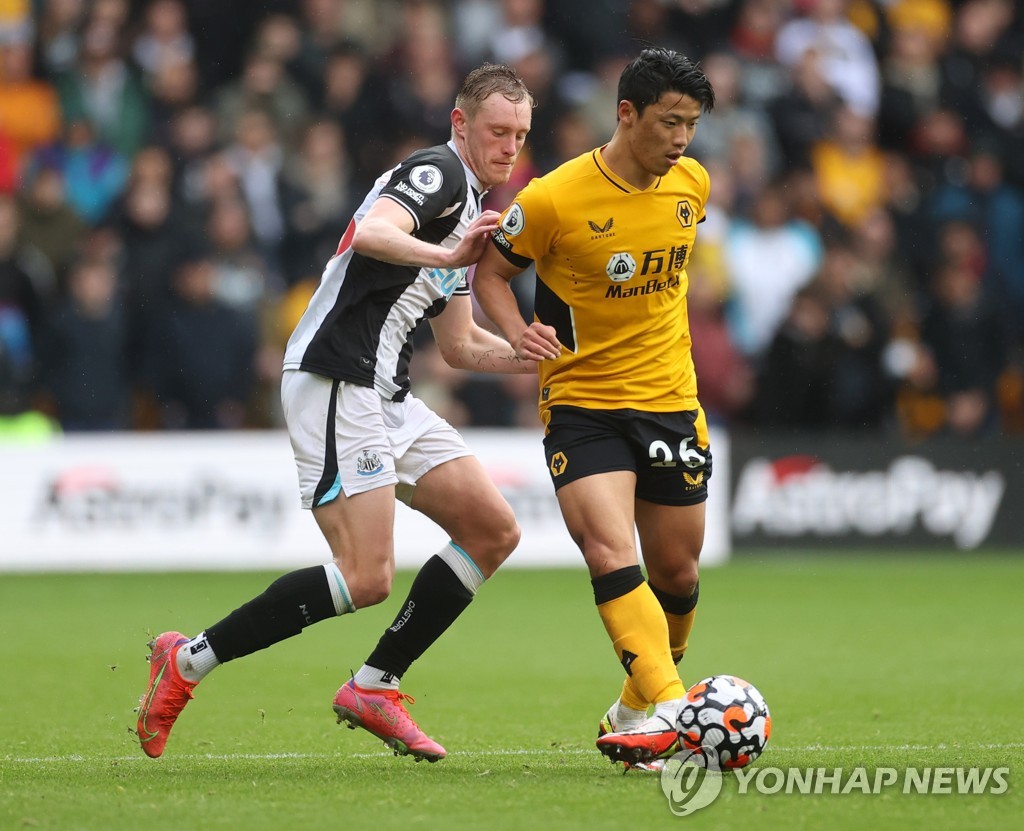