Choi Young-sam, the ministry's spokesperson, made the comment after the State Department stressed the need to send a "unified" message to the North following Foreign Minister Chung Eui-yong's remarks that it's time to consider easing sanctions against the North.

"South Korea and the U.S. are seeking a fully coordinated policy toward the North," Choi told a regular press briefing. "The countries have been pursuing it through close communication at each level since the Biden administration's policy review process." 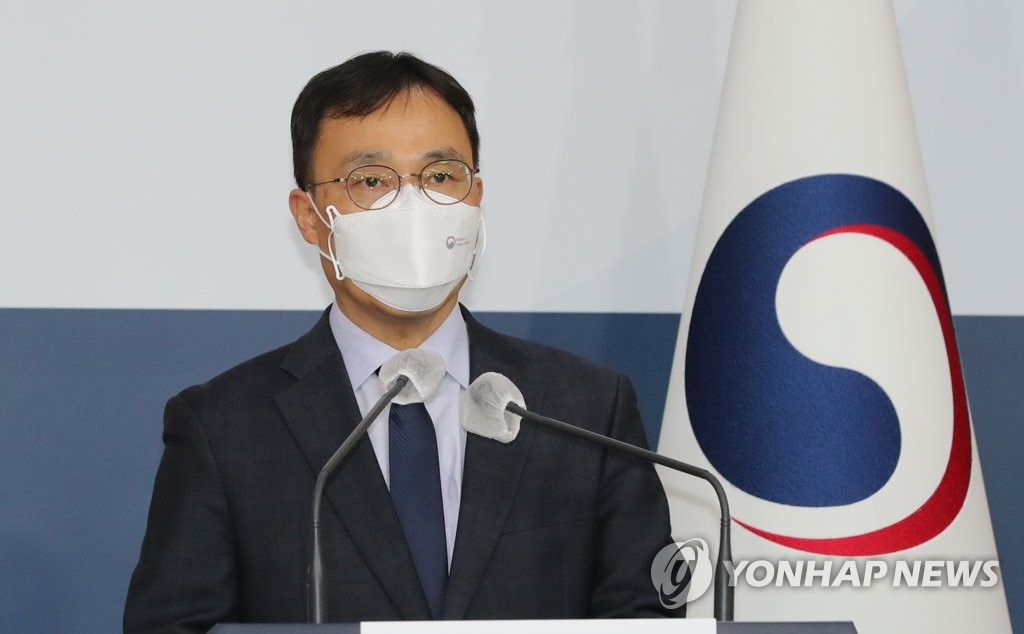 The spokesperson also defended Chung's remarks related to sanctions, saying he noted the need for a "flexible and active" consideration of matters that can be discussed when Pyongyang returns to dialogue.

Chung made the remarks during a parliamentary audit session on Friday last week, as Seoul seeks to create an opening for the resumption of dialogue with Pyongyang through humanitarian and other incentives.

Later, a State Department spokesperson told the Voice of America that it is important for the international community to send a "strong, unified" message that the North must halt provocations and abide by its obligations under U.N. Security Council resolutions.

With the nuclear talks with the North in limbo, the U.S. has stressed the need for the implementation of U.N. sanctions, while reiterating it harbors no hostile intent to the North and is willing to meet with the North anywhere, anytime without preconditions.