Jung has been accused of taking bribes from a construction company in exchange for business favors while he was serving as the mayor of Yongin, near Seoul, from 2014-18.

Late last month, the National Assembly approved a motion to allow the prosecution to arrest Jung.

It marked the 16th time the National Assembly has given consent to the arrest of a sitting lawmaker. 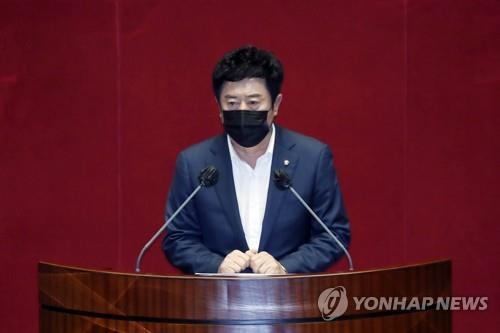