SEOUL, Oct. 6 (Yonhap) -- South Korean Foreign Minister Chung Eui-yong has held a series of bilateral talks with his counterparts from the United States, Italy and Croatia to discuss bilateral cooperation on the margins of a gathering of the Organization for Economic Cooperation and Development (OECD), his office said Wednesday.

Chung is in Paris to attend the Meeting of the OECD Council at Ministerial Level, which opened Tuesday under the main theme of "Shared Values: Building a Green and Inclusive Future." South Korea and Luxembourg are vice chairs of the meeting this year, with the U.S. being the chair.

They agreed to closely communicate regarding President Moon Jae-in's recent proposal for the declaration of a formal end to the 1950-53 Korean War, which Chung said would be a "meaningful" confidence-building measure. 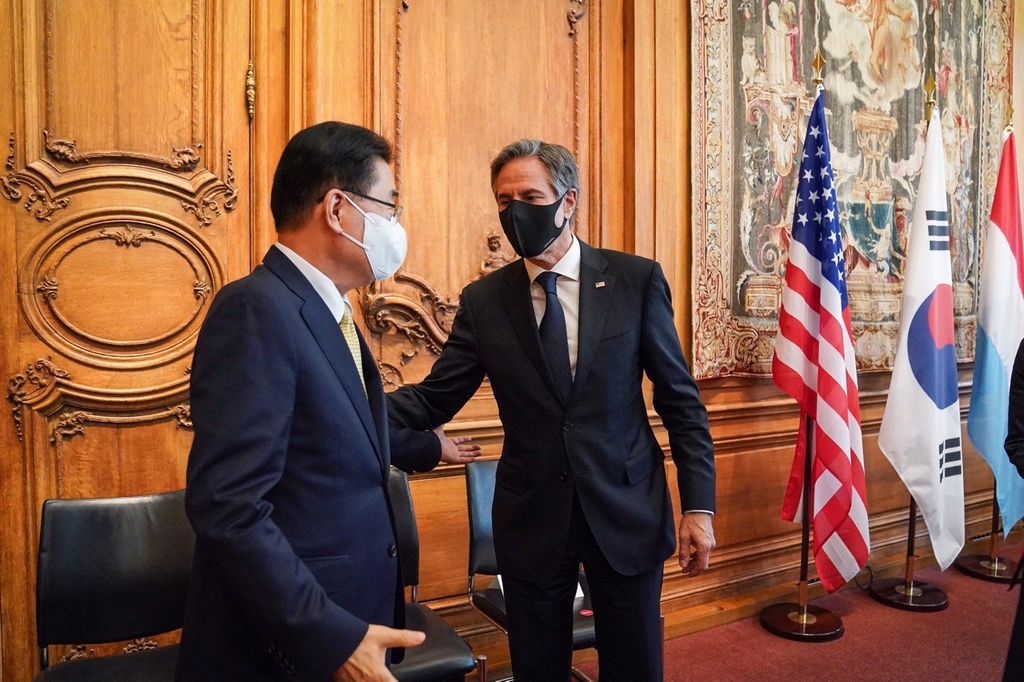 Chung and Blinken also shared their assessments of the security situation on the Korean Peninsula, and exchanged views on ways to resume dialogue with the North, the ministry said.

The talks came after the two Koreas restored cross-border communication lines Monday, less than two months after the North suspended them in protest over regular South Korea-U.S. military drills. The reactivation followed a series of the North's missile launches, including the test of a hypersonic missile.

The ministers also agreed to cooperate to ensure that the Group of 20 summit, slated to take place in Rome later this month, can yield meaningful outcomes on key agenda items, such as responses to climate change and digital innovation. 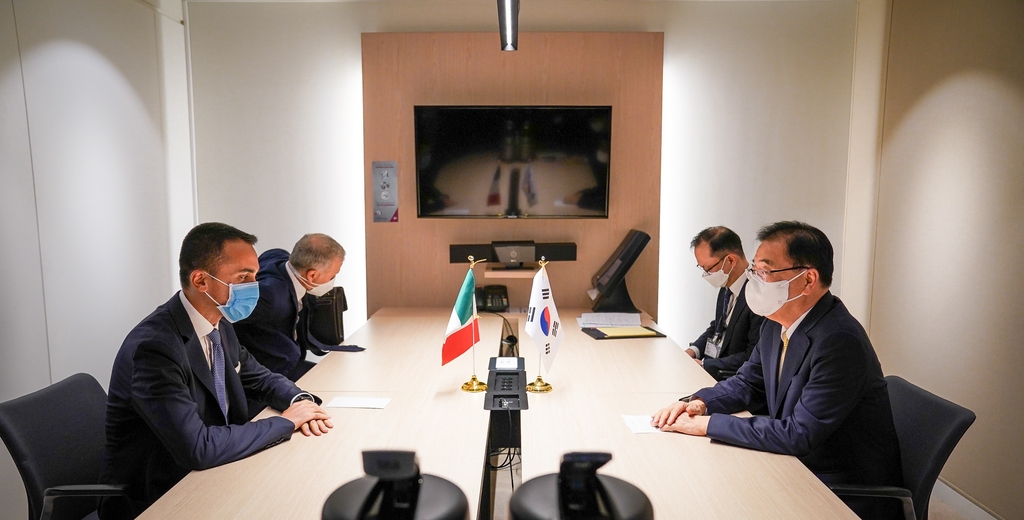 The ministers agreed to explore ways to expand cooperation in future industries, such as electric vehicles, and cooperate to further deepen relations between the countries through high-level exchanges, as next year marks the 30th anniversary of the establishment of bilateral ties. 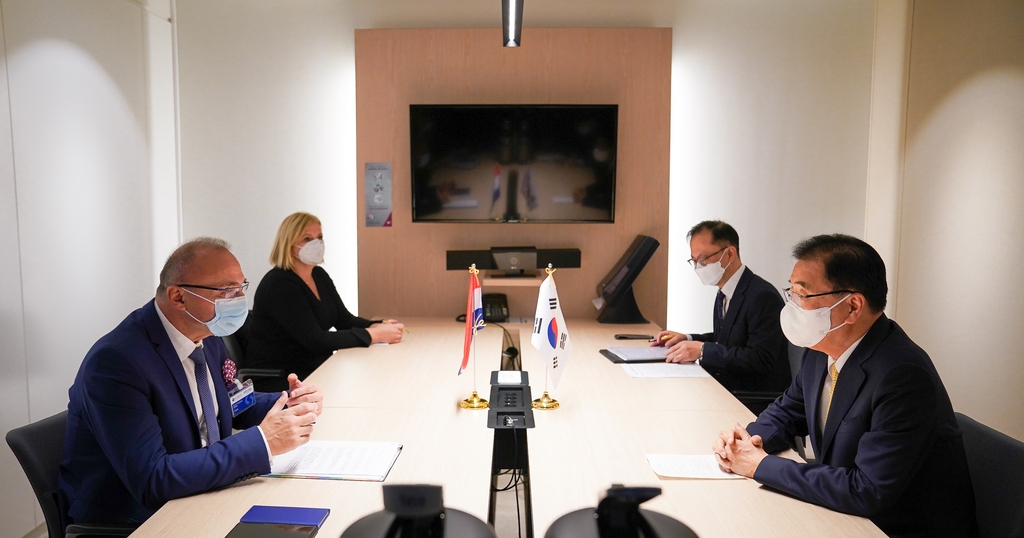 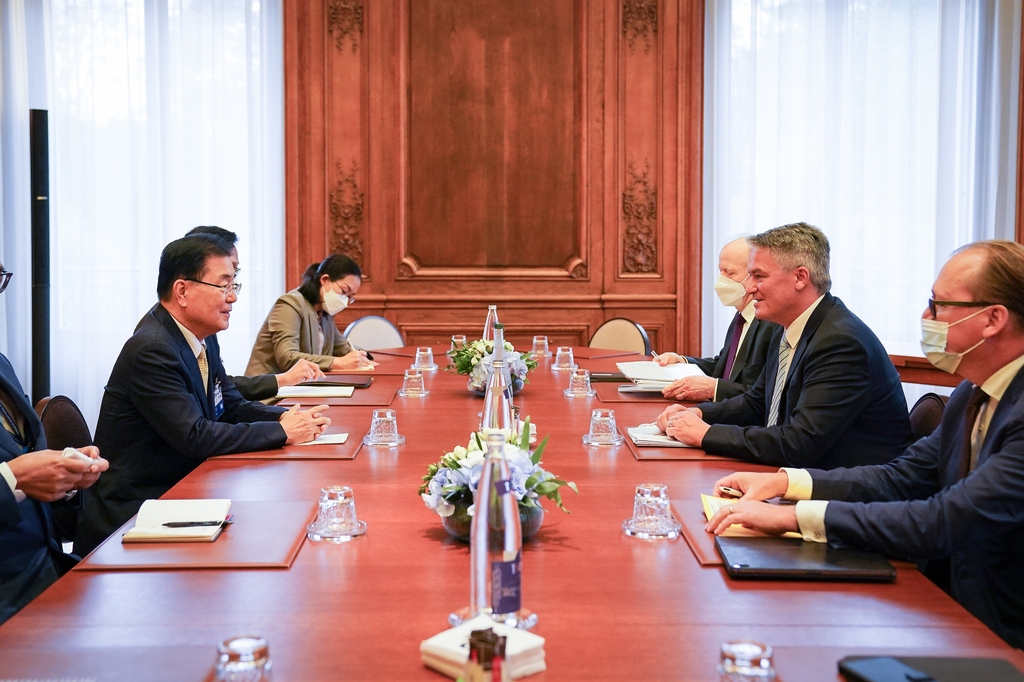 During the OECD ministerial session, Chung highlighted South Korea's will to expand its contributions to help tackle pending issues of the world by sharing the country's policy efforts to build an "inclusive" future in the wake of the COVID-19 pandemic.