SEOUL, Oct. 6 (Yonhap) -- With some of their biggest stars showing fine form of late in Europe, South Korea will count on them to carry the country to victories in crucial World Cup qualifying matches this month.

Son Heung-min of Tottenham Hotspur and Hwang Hee-chan of Wolverhampton Wanderers were both named to the Premier League's "Team of the Week" for their performances over the weekend. That bodes well for the country's chances against Syria and Iran in upcoming Group A matches in the final round of the Asian qualification for the 2022 FIFA World Cup -- especially considering South Korea's offensive woes. 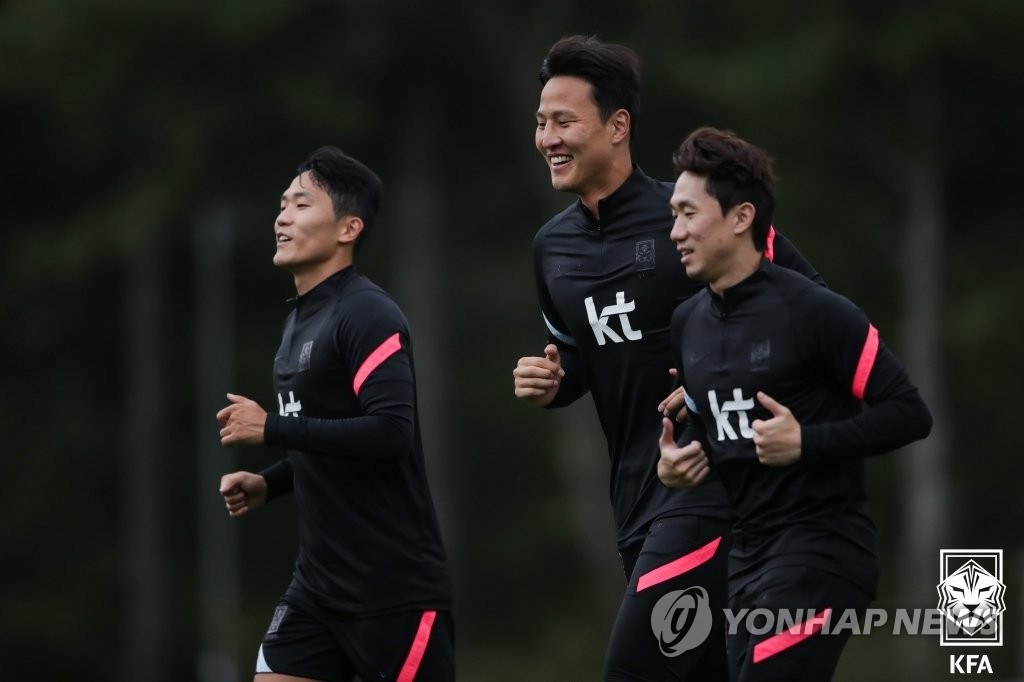 The 36th-ranked South Korea will first host the 81st-ranked Syria at 8 p.m. Thursday at Ansan Wa Stadium in Ansan, 40 kilometers south of Seoul. The Taeguk Warriors will then travel to Tehran to take on No. 22 Iran at Azadi Stadium next Tuesday. The kickoff there is 5 p.m. local time, or 10:30 p.m. in Seoul.

Iran are at the top of Group A following two consecutive victories. South Korea are in second place at four points after two uninspiring matches at home last month. They had a scoreless draw with Iraq and then eked out a 1-0 win over Lebanon.

Syria are in fourth place after a draw and a loss.

There are two groups of six in the current phase. The top two nations from each group will punch their tickets to Qatar for football's showpiece event. The two No. 3 seeds will square off in a playoff, and the winner will then reach the last-chance intercontinental playoff. 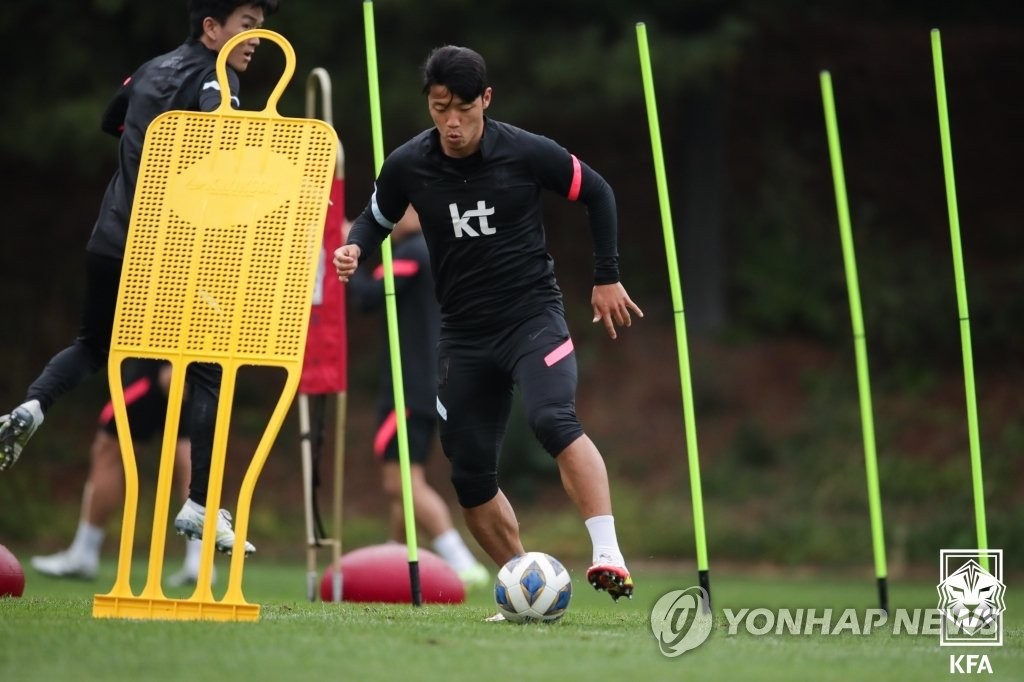 Hwang, who left Germany to join Wolves in August, scored both of his club's goals in their 2-1 victory over Newcastle United on Saturday. Wolverhampton have five goals this season and Hwang has netted three of them.

Son has shaken off a calf injury sustained during his previous international stint in September. He picked up an assist and forced an own goal by Aston Villa in Tottenham's 2-1 win on Sunday -- the first time this season that Spurs had multiple goals in a match.

South Korea head coach Paulo Bento could certainly use the same type of heroics from the two attackers this month. Bento only selected two natural forwards in Hwang Ui-jo of FC Girondins de Bordeaux and Cho Gue-sung of Gimcheon Sangmu. But Son and Hwang Hee-chan are more than capable of picking up the scoring slack from the wings.

There are some intriguing young midfielders in the mix, too. 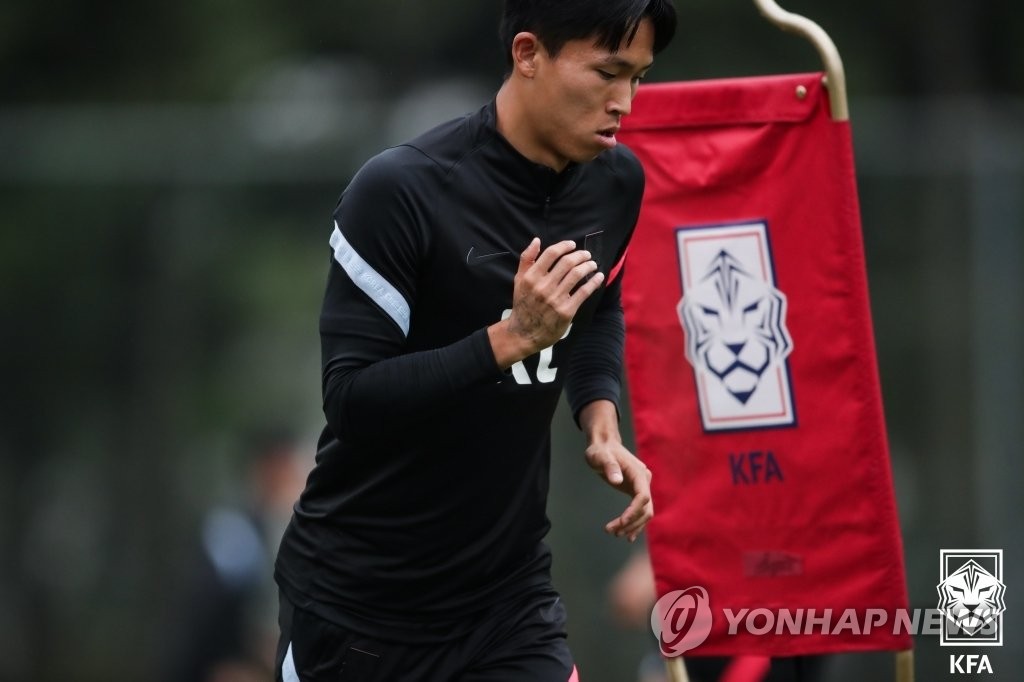 Paik Seung-ho of Jeonbuk Hyundai Motors is back on the national team for the first time since October 2019. The 24-year-old recently enjoyed a three-match scoring streak, helping the four-time defending K League 1 champions stay in the hunt for an unprecedented fifth consecutive title. In explaining his decision to select Paik, Bento praised the former FC Barcelona prospect's "good technical skills."

As he reported to training camp Monday, Paik said he was grateful for the opportunity to represent the country again.

"If I put in the work and train hard here, I think I'll have a chance to play," Paik said. "I want to pounce on that opportunity and show people what I am capable of."

SC Freiburg midfielder Jeong Woo-yeong was named as an injury replacement for Kwon Chang-hoon on Sunday. The 22-year-old Jeong made his senior international debut in March and will look to add to that cap this time.

"Training camp back then wasn't long enough for me to grasp the national team's style of play," said Jeong, who has two goals for his Bundesliga club this season. "I will try to absorb as much as I can. I've been playing a lot (for SC Freiburg) and I feel like I am in great form." 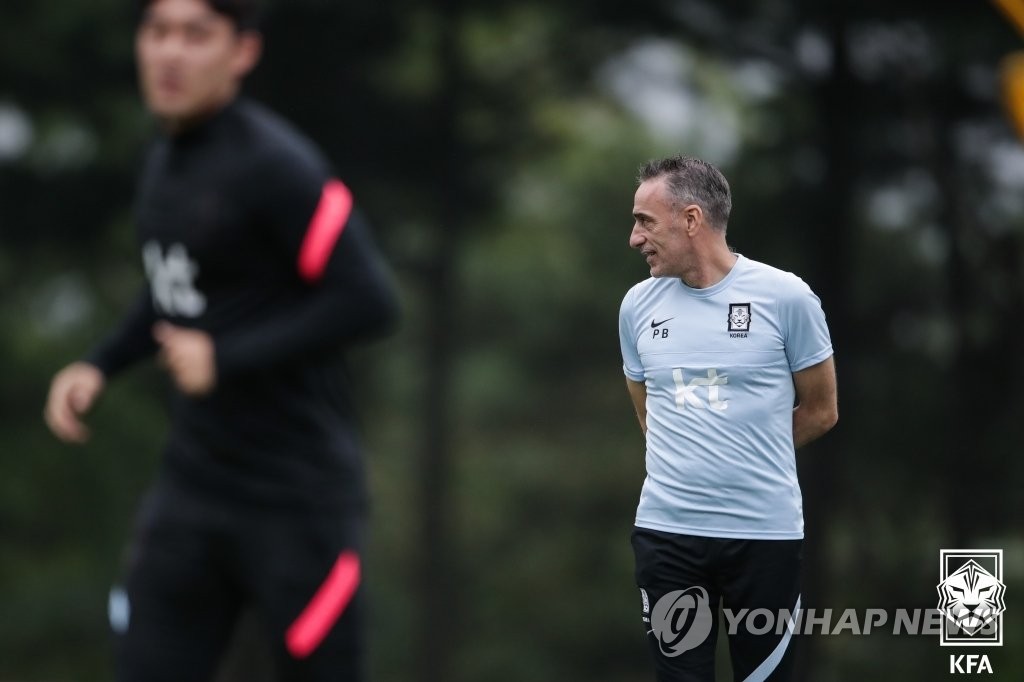 On defense, center back Kim Min-jae has already made his mark for his new Turkish club, Fenerbahce, and will look to continue that form for the national team.

The bruising defender was one of few bright spots for South Korea in September qualifiers and should continue to be the stabilizing force on the back end for Bento.

South Korea have competed at every World Cup since 1986, a streak bested by only four other countries. 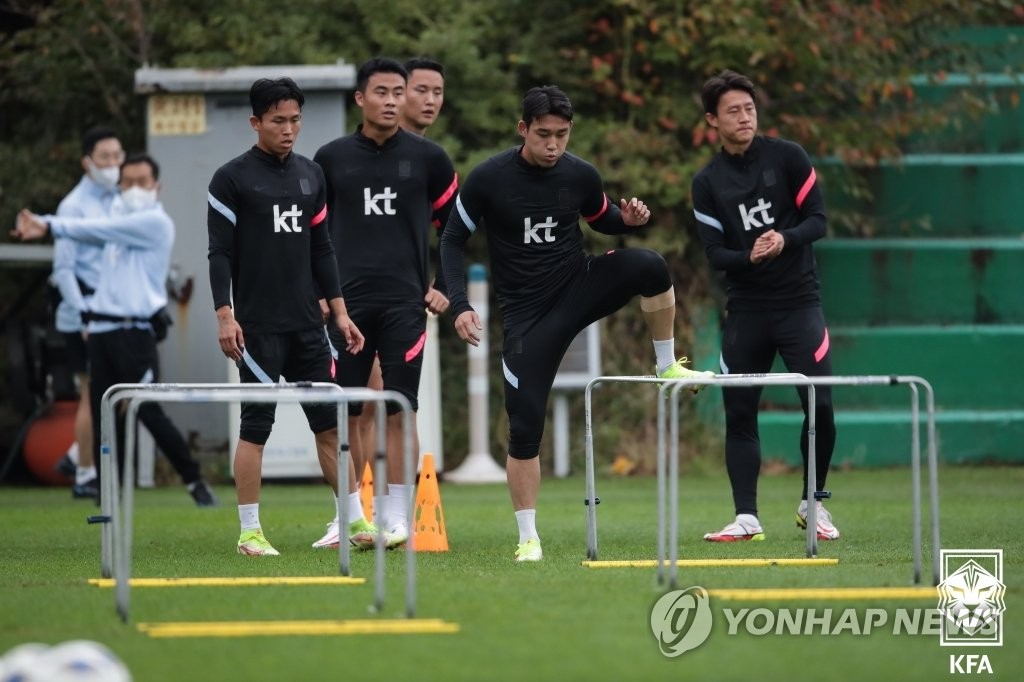