SEOUL, Oct. 6 (Yonhap) -- Police were found to have concluded an internal investigation into a case linked to a controversial development project near Seoul three months after receiving a probe request from the state anti-corruption commission without pressing any charges, a document showed Wednesday, with the project now being at the center of a massive political scandal.

In a document submitted to main opposition lawmaker Rep. Kim Do-eup, the National Police Agency (NPA) said it assigned the case involving a land owner in the 2015 development project in the Daejang-dong district in Seongnam, south of Seoul, to a team at Bundang Police Station at the request of the Anti-Corruption and Civil Rights Commission (ACRC) on May 20.

The ACRC reportedly asked the police to look into the allegation that the land owner illicitly raised profits by using a false address. The agency said the team wrapped up the investigation after three months while clearing the person of suspicions.

The so-called Daejang-dong scandal centers on revelations that a previously unheard-of asset management firm, Hwacheon Daeyu, and its seven affiliates reaped profits of more than 1,000 times their investments after the firm was selected as a civilian partner for the project.

The scandal has been the hottest issue in South Korea in recent weeks amid opposition accusations that Gyeonggi Province Gov. Lee Jae-myung, the front-runner in the ruling Democratic Party's presidential primary, is responsible, as he was the mayor of Seongnam at the time. Lee denies his involvement, insisting that he had not given any business favors to those involved in the project.

The NPA, however, said the case was not connected to a separate ongoing corruption investigation into the Daejang-dong project. It also declined to submit the papers it received from the ACRC on the case. 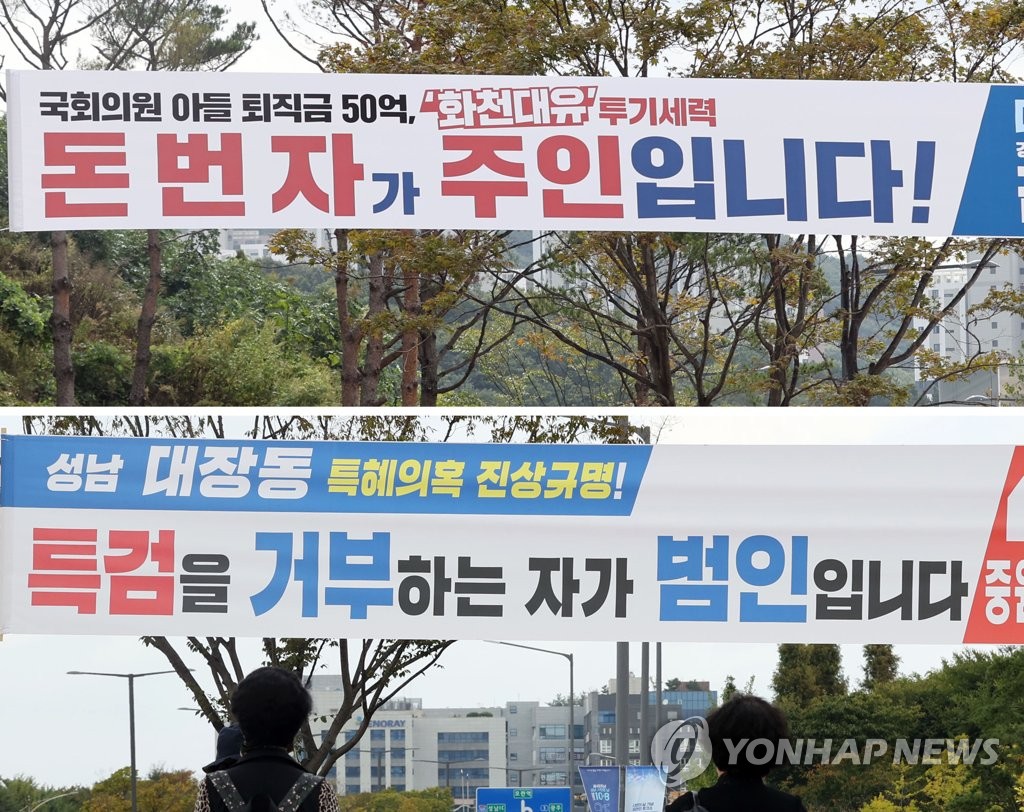