SEOUL, Oct. 6 (Yonhap) -- Eight service members and a civilian worker for the military have tested positive for COVID-19, the defense ministry said Wednesday.

Six Army members and two airmen, and the civilian employee for a unit affiliated with the ministry were confirmed to have been infected either after their recent vacation or developing symptoms consistent with the coronavirus.

All of them were confirmed to be "breakthrough infections," as they were fully vaccinated, the ministry added.

The latest cases raised the total number of infections reported among the military population to 1,852, and the number of breakthrough cases to 239.

Nationwide, South Korea reported 2,028 more infections Wednesday amid the prolonged fourth wave of the pandemic that began in July. 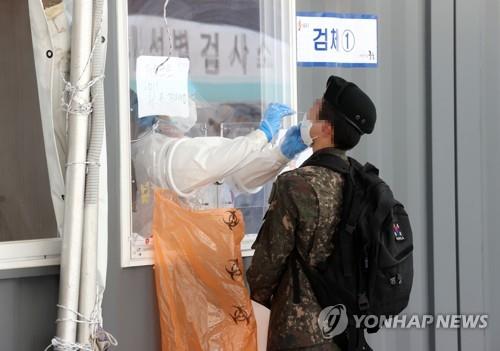