For one, Choo has done this before -- not once, but three times in Major League Baseball (MLB). The 2018 American League All-Star for the Texas Rangers enjoyed 20-20 campaigns in 2009 and 2010 with the Cleveland Indians, and 2013 with the Cincinnati Reds.

Also, the Landers are in the thick of a playoff race, and Choo is trying to put aside any personal glory for the greater good of his club. 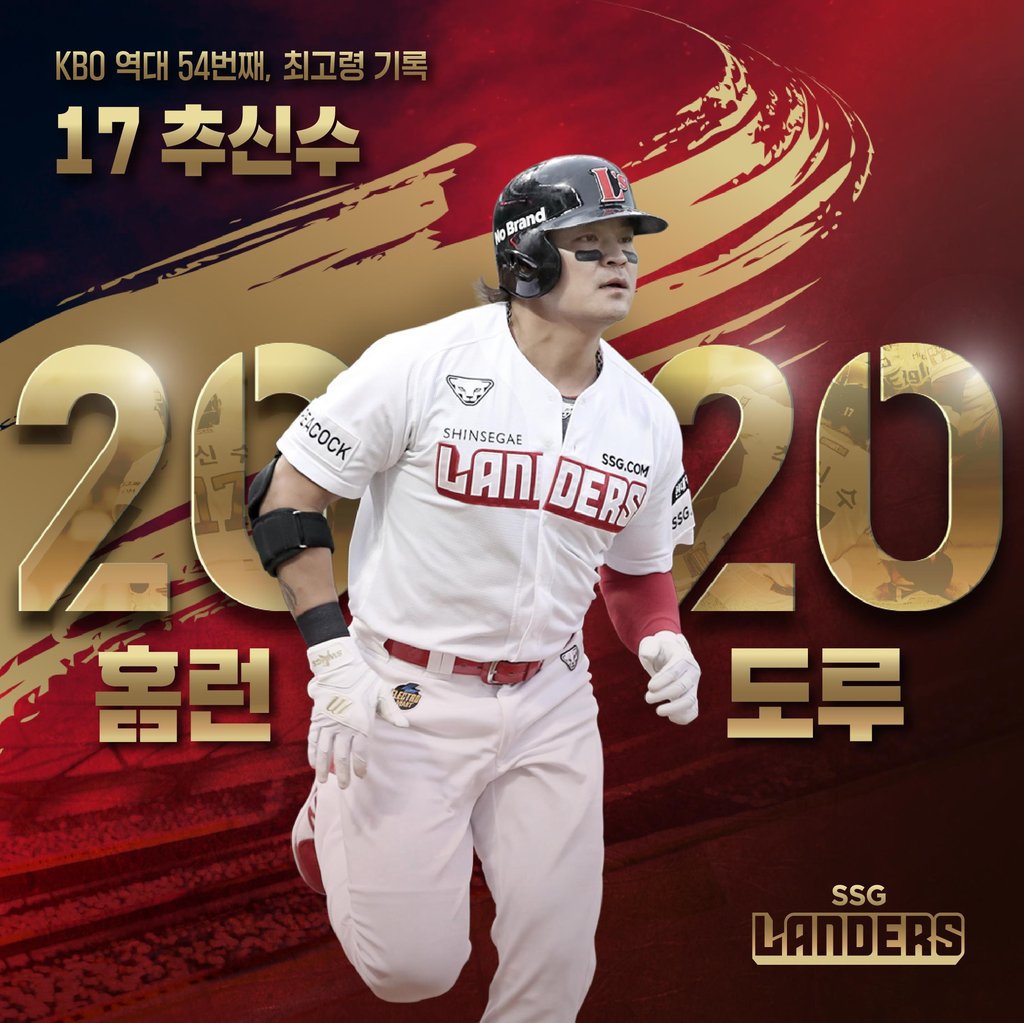 Behind Choo's two-hit, three-RBI day, the Landers shut out the LG Twins 8-0 at Jamsil Baseball Stadium in Seoul. They improved to 57-58-11 (wins-losses-ties) and remained 1.5 games back of the Kiwoom Heroes for the fifth and final postseason spot. Both clubs have 18 games remaining.

Choo already had 20 steals prior to Tuesday, and at 39 years, two months and 22 days old, he became the oldest member of the 20-20 club. He beat the previous record, set by the retired star Yang Joon-hyuk in 2007, by almost a year.

"While I was playing in the U.S., I never consciously tried to put up 20-20. I only wanted to do everything I could do to help the team, and those numbers followed," Choo said. "Here, I am also trying to help the team win a championship. People have congratulated me on 20-20 but I have bigger goals I'd like to accomplish. It feels good to have the record but it's too early to get excited about something like this."

Aside from those homers and steals, Choo is batting .258/.395/.447 with 60 RBIs in 119 games this season. The veritable on-base machine has been reaching base at an impressive clip. But his batting average and slugging percentage aren't quite where many expected them to be after the 16-year big leaguer signed with the Landers in February. 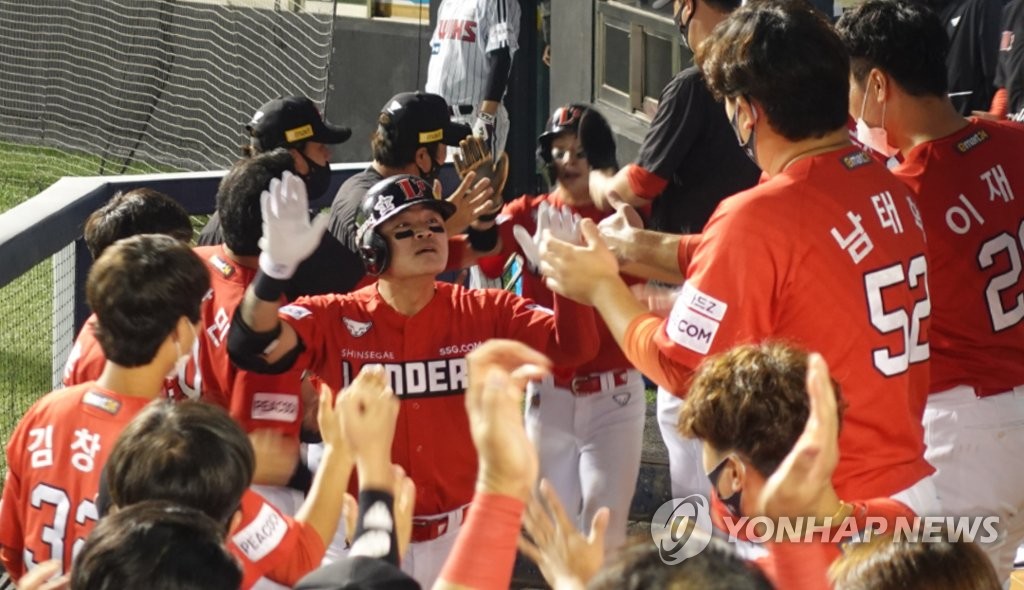 Discussing his future in the game, Choo said he will know exactly when it's time for him to hang up his cleats.

"Players will have different reasons to call it quits, whether it's slower bat speeds or declining numbers," Choo said. "I will retire when I am no longer able to score from second on a routine base hit. But right now, I am cherishing each and every game."

At the height of his major league career, Choo was considered a five-tool player, a versatile type who could put up a high average, hit for power, steal bases and play good defense with a strong arm. Even at an advanced age, Choo said he still wants to excel at all aspects of the game.

"As you get older, your tools won't be as good, but I think I can still maintain a solid level with hard work," Choo said. "When I was younger, I used to rely on my speed. Now, I have to take a good care of myself and keep putting in the work."

Choo added, "If you think you can't play well anymore just because you're older, then you'll only limit yourself. You have to keep on trying."