SEOUL, Oct. 6 (Yonhap) -- Here are the facts: South Korea got held to a 0-0 draw by Iraq and then eked out a 1-0 win over Lebanon to open the final Asian qualification round for the 2022 FIFA World Cup last month.

And based on these facts, pundits and fans alike have criticized the national team for such lethargic showings against heavy underdogs.

And head coach Paulo Bento will have none of that. 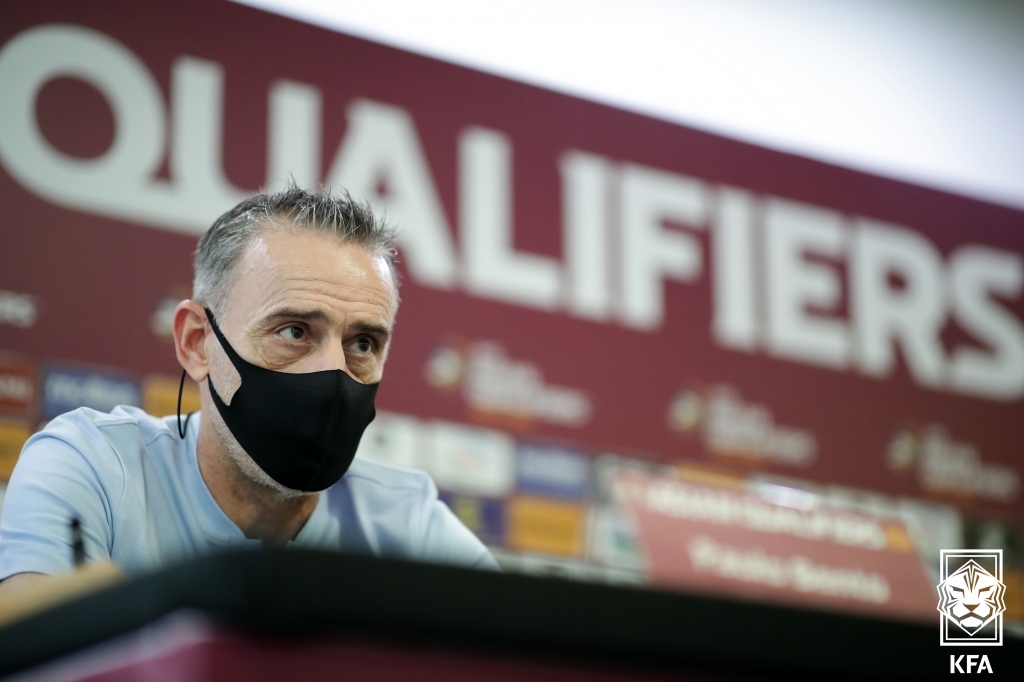 "About the opinion that comes from some people that our wingers and our strikers had poor performances (in September), it's just an opinion that I should respect, but I shouldn't agree (with), because I have a different opinion," Bento said in an online press conference Wednesday from the National Football Center (NFC) in Paju, Gyeonggi Province.
Bento opened training camp there Monday to prepare for two more World Cup qualifying matches: first against Syria at home Thursday and then against Iran in Tehran on Tuesday.

South Korea's lack of scoring has been particularly frustrating because Bento doesn't lack for attacking options. Captain Son Heung-min has established himself as one of the most lethal attackers in the Premier League for Tottenham Hotspur. Forward Hwang Ui-jo of FC Girondins de Bordeaux led his French club in scoring last season and is off to a strong start this season. Hwang Ui-jo joined Wolverhampton Wanderers in August to become the second South Korean in the Premier League this season after Son and already has three goals in four league matches for them. Son and Hwang Hee-chan were both named to the Premier League's Team of the Week for their performances last weekend. 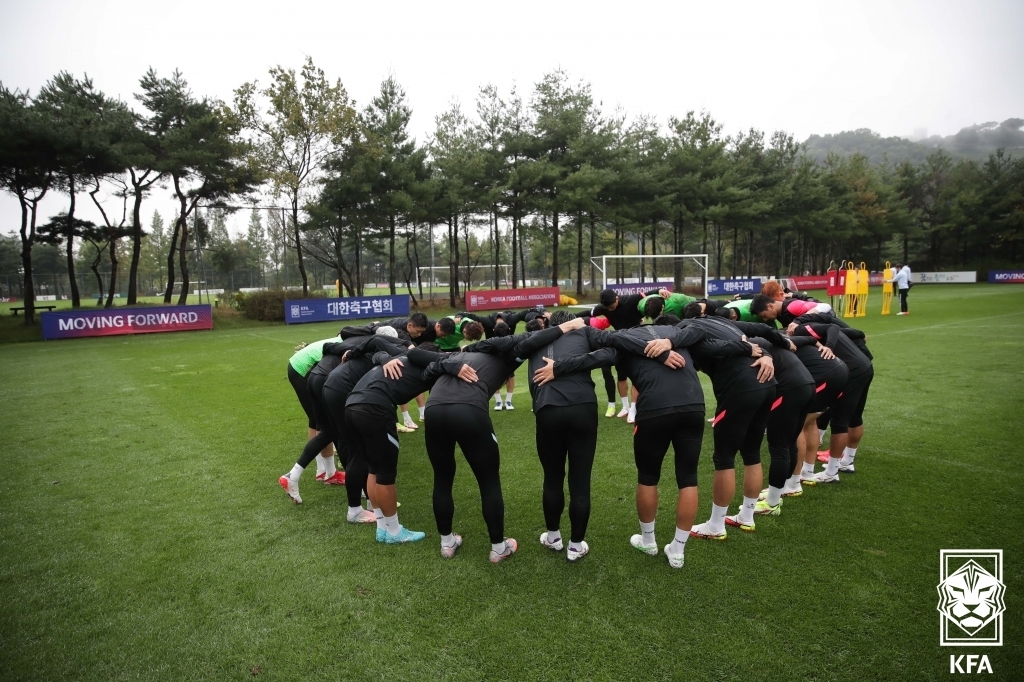 And Bento kept things close to the vest when asked about how he can best utilize the talent on his hand.

"We'll see what we're going to do. We'll try to show tomorrow," the coach said.

Bento did acknowledge that he has been heartened by Hwang Hee-chan's quick start to his Premier League career.

"It's good for him. I think he can develop some features and characteristics and can improve his way of playing," Bento said. "He's a fast player with good technical skills. Of course, we should take advantage of that." 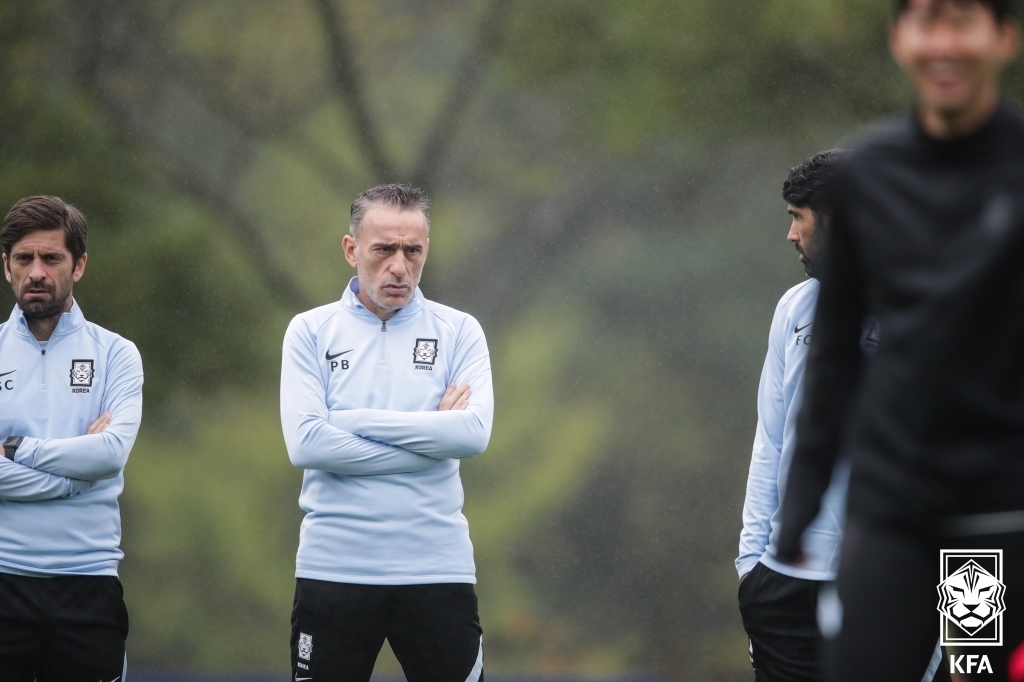 Son and Hwang Ui-jo both dealt with injuries during and after their last trip to South Korea for World Cup qualifiers. They reported to training camp two days after it opened and still played the full match against Iraq on short rest.

Bento has since been grilled about managing the workload of Europe-based players, one suggestion being that South Korea should still be able to beat teams like Syria without needing 90 minutes from Son or Hwang.

Bento has countered that he wants to put all of his best players in the starting lineup and stuck to his guns again Wednesday. Asked whether Son will start or come off the bench Thursday, Bento said, "He'll play from the beginning."

Iran are at the top of Group A following two consecutive victories. South Korea are in second place at four points. Syria are in fourth place after a draw and a loss. 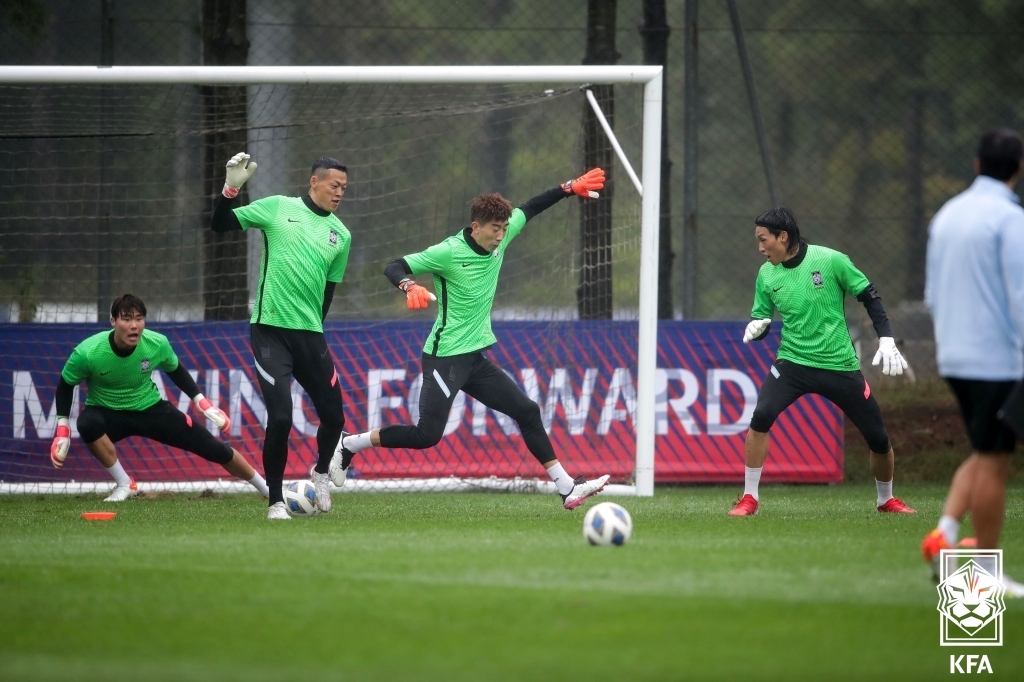 There are two groups of six in the current phase. The top two nations from each group will punch their tickets to Qatar for football's showpiece event. The two No. 3 seeds will square off in a playoff, and the winner will then reach the last-chance intercontinental playoff.

South Korea are trying to extend their World Cup appearance streak to 10. They've been in every tournament since 1986 in Mexico.