SEOUL, Oct. 6 (Yonhap) -- South Korean stocks fell nearly 2 percent Wednesday, while the Korean won fell to a 14-month low against the U.S. dollar amid ongoing investor concerns over the debt crises of Chinese property developers and the impasse in the U.S. Congress on raising the debt limit. 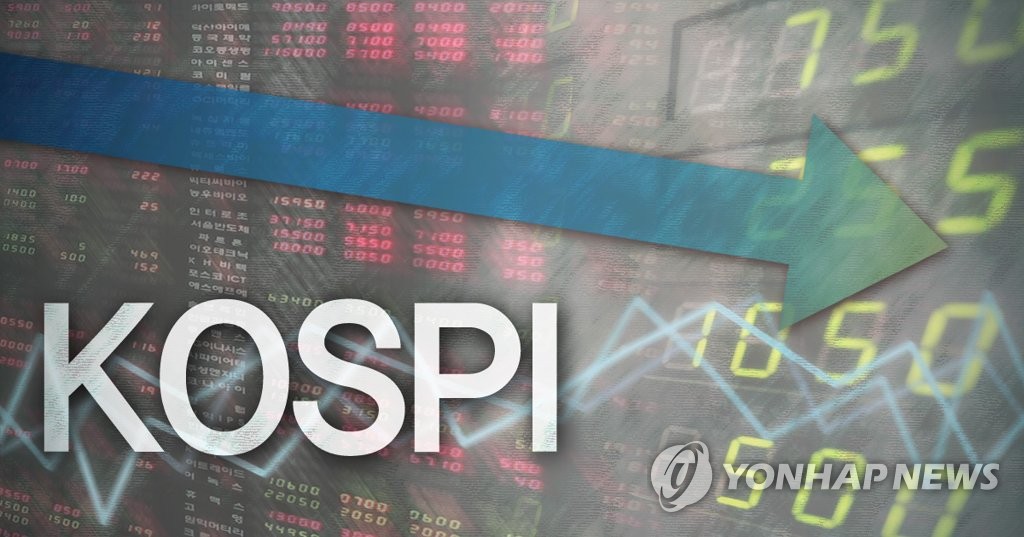 Investor concerns have grown after Chinese property developer Fantasia Holdings Group Co. failed to repay some of its debt earlier this week amid the ongoing default crisis of another leading Chinese developer, Evergrande Group.

The lack of progress in talks between U.S. lawmakers to raise the debt ceiling and avoid a default before the Oct. 18 deadline also added to investor worries.

The local currency closed at 1,192.3 won against the U.S. dollar, down 3.6 won from the previous session's close and the lowest closing since Aug. 4 last year when it reached 1,194.1 won against the greenback.

Seoul stocks skid for 3rd day to this year's low

Seoul stocks skid for 3rd day to this year's low