TOKYO/SEOUL, Oct. 6 (Yonhap) -- South Korea's Ambassador to Japan Kang Chang-il said Wednesday it is difficult to foresee a dramatic turnaround in frayed ties between the two countries for the time being despite the launch of a new government in Tokyo.

Kang made the remarks during an annual parliamentary audit session amid a view that the government of new Japanese Prime Minister Fumio Kishida will likely inherit its predecessor's hard-line stance over such issues as Japan's wartime forced labor and sexual slavery.

The relations between Seoul and Tokyo have remained chilled over the historical issues and Japan's restrictions on exports of some key industrial materials to the South, despite Washington's push to bring the Asian allies closer to confront shared challenges, such as an assertive China and a recalcitrant North Korea.

"I think it is difficult to expect a dramatic shift," Kang told lawmakers during the video-linked audit session. "Our government will continue cooperation with the new Cabinet (of Japan) for the future-oriented development of South Korea-Japan relations." 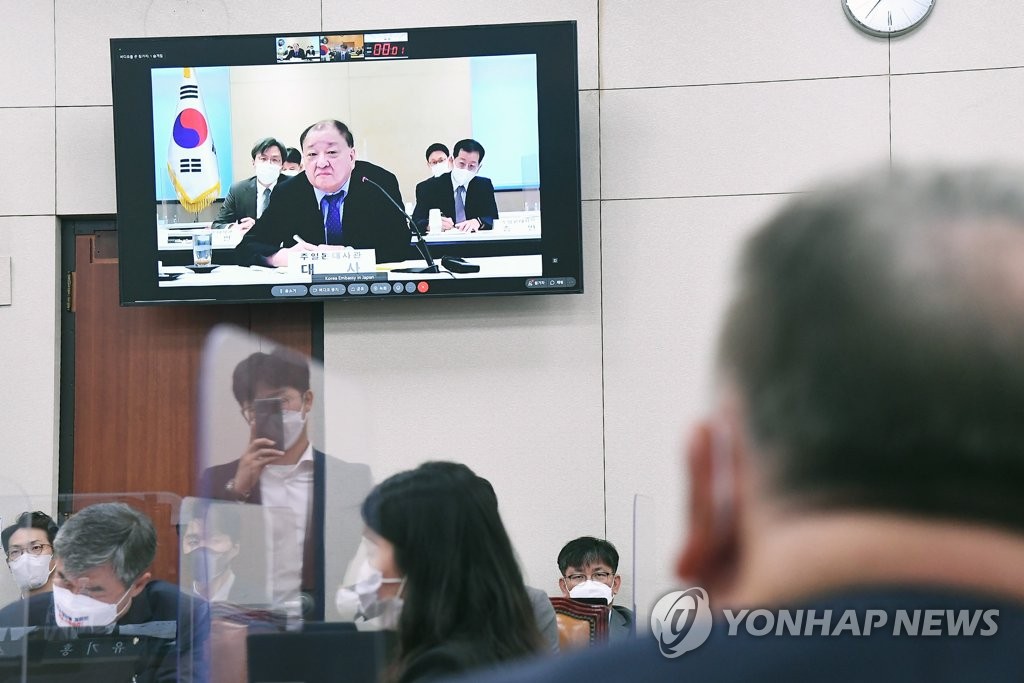 In addition to the historical issues, Japan's plan to release radioactive water from its crippled Fukushima nuclear power plant into the ocean has further ratcheted up diplomatic tension.

The ambassador said that his embassy has been calling for Tokyo to retract the discharge plan.

"(The embassy) has secured understanding regarding our position through steadfast communication with Japanese figures against the release of contaminated water into the ocean," Kang said.