The president asked Oh "to accept the changes of the times and carry out well her important role" as a new Supreme Court justice, at an appointment ceremony held at Cheong Wa Dae, according to presidential spokesperson Park Kyung-mee.

Moon stressed the importance of the top court's role in society, noting how the direction of socially sensitive topics are determined by the decisions of the judiciary branch.

Oh, who previously served at the Gwangju High Court, became the nation's eighth female Supreme Court justice and the fourth female in the current 13-member justice line up at the top court.

Moon said he expects to see "forward-looking decisions" at the Supreme Court, noting Oh "has great interest in matters related to the socially vulnerable and minorities."

Oh replied by saying she "feels a sense of grave responsibility," adding that the rate of female justices throughout the history of the Supreme Court justices still remains small compared to that of males. 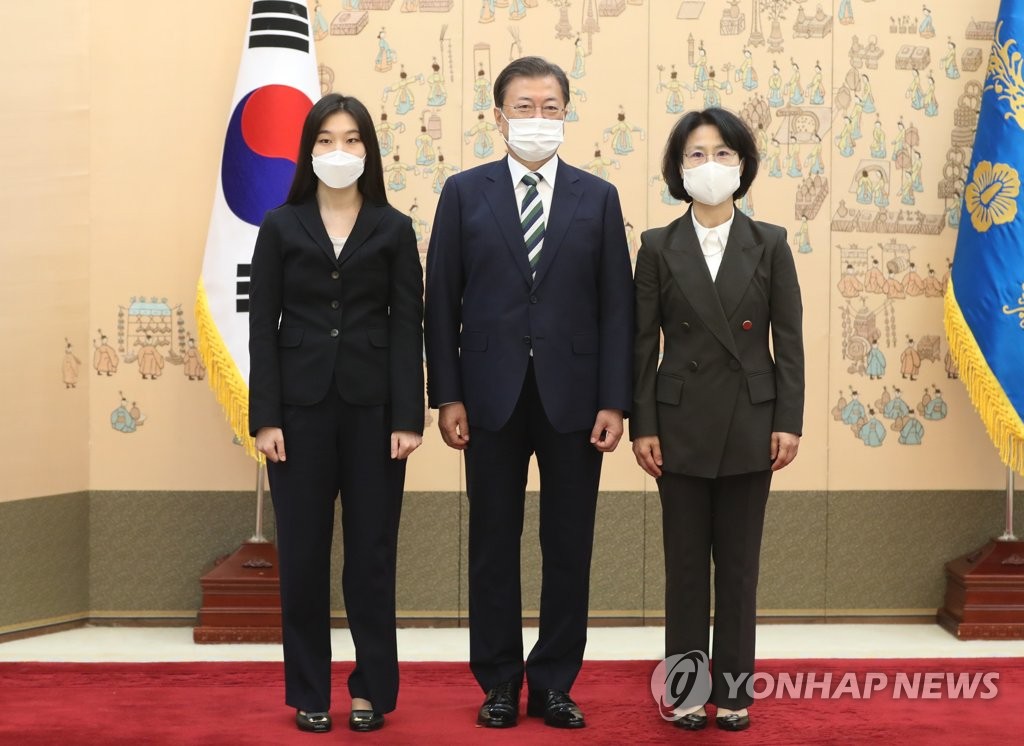