Moon received his preordered Hyundai Capser SUV at Cheong Wa Dae and took the new car for a spin within the presidential office compound together with first lady Kim Jung-sook.

Last month, Hyundai Motor Co. rolled out the Casper at the Gwangju Global Motors (GGM) facilities in the city of Gwangju, 330 kilometers south of Seoul. It is the first car manufactured at the factory created under a 2019 deal among workers and employers as well as the private and public sectors. 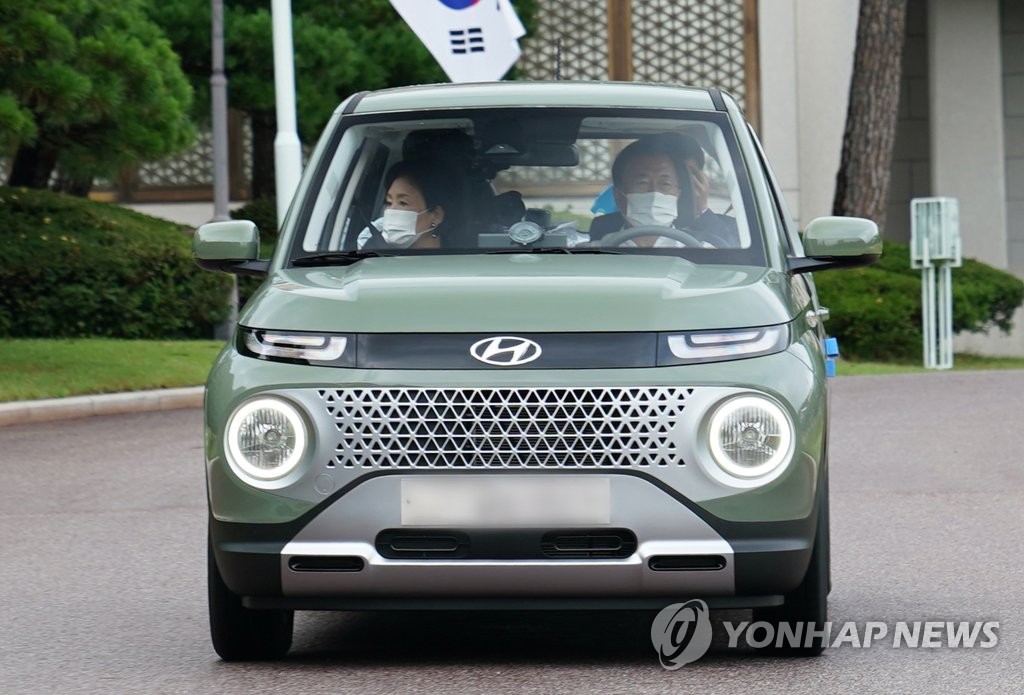 According to Cheong Wa Dae, the president purchased the vehicle last month for personal use and plans to use it even after leaving office in May 2022.

"It looks sturdy and spacious even for a compact car," Moon said after receiving the car. He said the vehicle drove comfortably after taking it for a quick spin.

He also expressed his wish that the new car would become beloved not only by the people of Gwangju but also people across the country. "I'm deeply moved by the new car finally being launched. It has reportedly achieved a new sales record," Moon said. 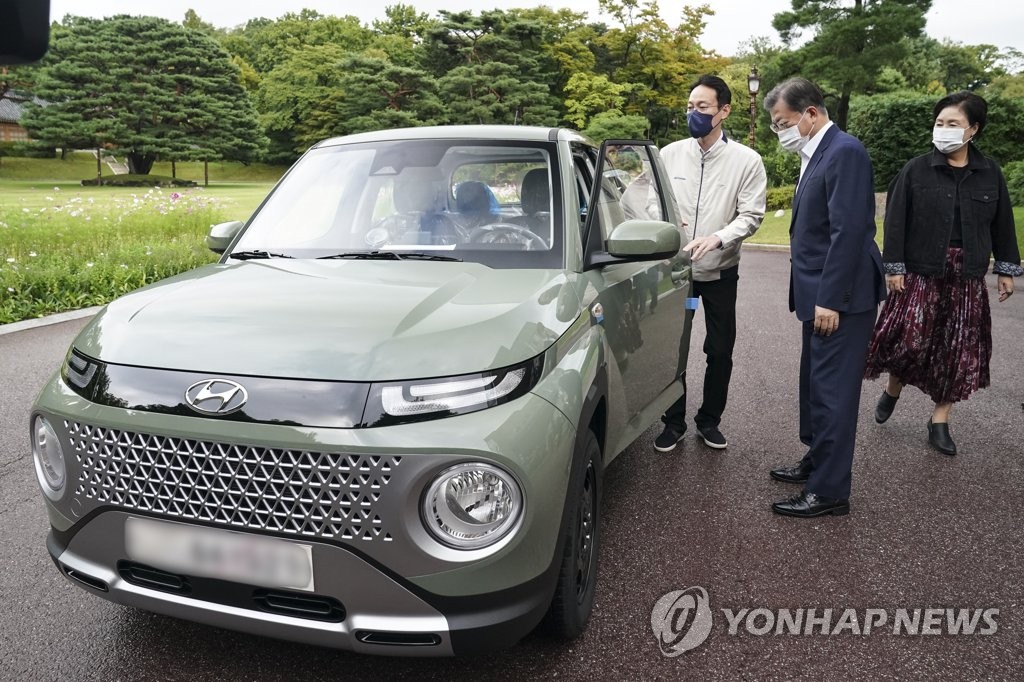