SEOUL, Oct. 6 (Yonhap) -- North Korea on Wednesday vowed to strengthen its friendly relations with China, as the two neighbors marked the 72nd anniversary of the establishment of bilateral diplomatic ties.

In a writing posted on its website, the North's foreign ministry also said it is Pyongyang's unwavering stance to jointly fight with China to safeguard regional peace, security and building of socialism.

North Korea and China have recently highlighted their close relations.

On Friday, Kim sent a message to Xi on the occasion of the 72nd founding anniversary of the ally and pledged his support for China's fight against anti-China confrontational moves by "hostile forces."

Kim and Xi also exchanged congratulatory messages on the 60th anniversary of the treaty of friendship, cooperation and mutual assistance between the two countries in July. 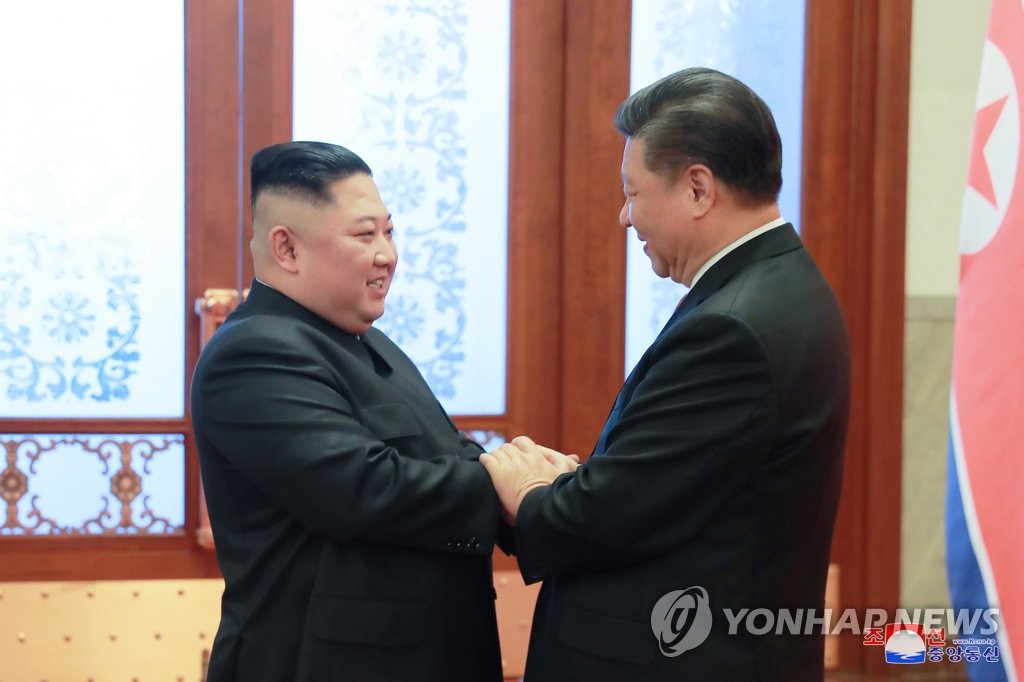