SEOUL, Oct. 7 (Yonhap) -- South Korea's exports of seaweed products moved up 13 percent on-year over the first nine months of 2021, data showed Thursday, on the back of the growing popularity of Korean culture abroad.

Outbound shipments of seaweed products, or "gim" in Korean, came to US$507 million in the January-September period, compared with $448 million tallied a year earlier, according to the data compiled by the Ministry of Oceans and Fisheries.

The amount marked a sharp rise from just $100 million posted for all of 2010, the ministry said. 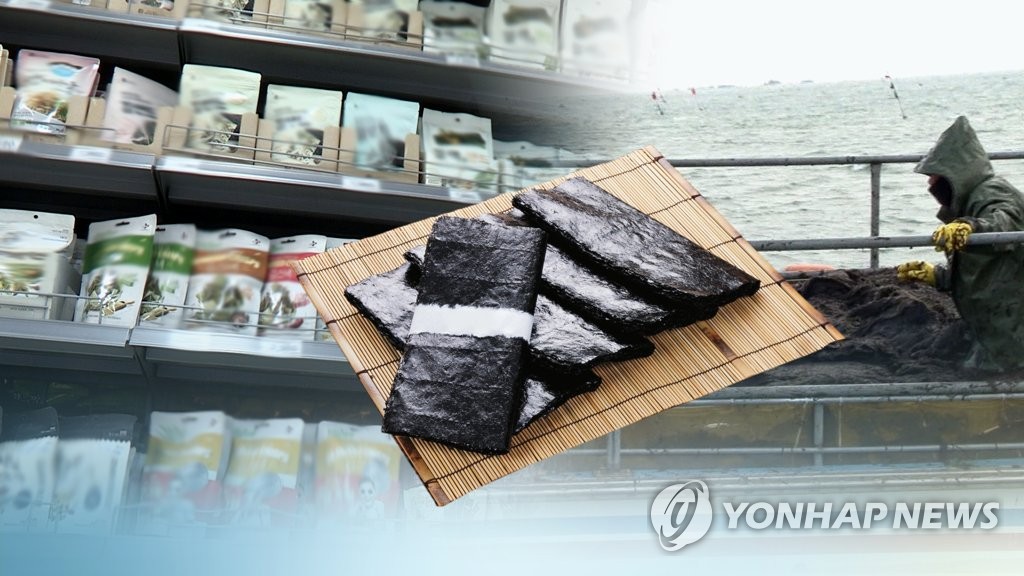 Exports of South Korean foodstuffs have been rising sharply over the recent years on the back of the Korean Wave generated by K-pop and other cultural content.

The COVID-19 pandemic also induced people around the globe to consume healthier food.

The United States accounted for 21.5 percent of seaweed exports, followed by China with 21 percent. Japan took up 17.6 percent.

The number of export destinations of seaweed, meanwhile, came to 112 countries as of September, compared with 60 in 2010.

Portugal, Cyprus and Bhutan were among the new destinations included this year.

The country's exports of fishery products moved up 18.3 percent over the period to reach $1.9 billion.

Exports of seaweed robust amid popularity of Korean culture

Exports of seaweed robust amid popularity of Korean culture