SEOUL, Oct. 7 (Yonhap) -- The World Health Organization (WHO) said that it has begun the shipment of COVID-19 medical supplies to North Korea through the Chinese port of Dalian, raising the possibility that the North might be easing its long-enforced tight border controls amid the global pandemic.

North Korea has tightened border controls since the outbreak of the coronavirus in China, which has meant key materials and medical supplies could not be shipped to the North. The North closed off a major shipping route linking Dalian to its western port of Nampo in July last year, as it heightened its anti-epidemic emergency status to the highest level.

"To support DPR Korea with essential COVID-19 medical supplies, the WHO started the shipment through Dalian," the organization said in its weekly report that provides updates on situations about infections and preventive measures in the world.

Given that the report provided updated situations from Sept. 20-26, the shipment appears to have started late last month. The report did not specify exactly when and what kind of medical materials had been headed to the North.

A unification ministry official in Seoul declined to elaborate on the WHO report but noted that some signs have been detected recently that North Korea is opening up its maritime routes with China.

"China's customs data show that maritime shipping routes between North Korea and China appear to be opening," the official said, apparently referring to a sharp increase in their recent bilateral trade.

"But we have not detected yet signs that indicate the resumption of movement of materials through land routes between the two countries," the official added.

North Korea has claimed to be coronavirus-free and rejected outside help for its anti-epidemic campaign for fear that any shipment could spread the virus to its soil.

The WHO's latest report said that a total of 40,700 North Korean citizens have tested for the coronavirus but "no case of COVID-19 has been reported as of 23 September 2021." 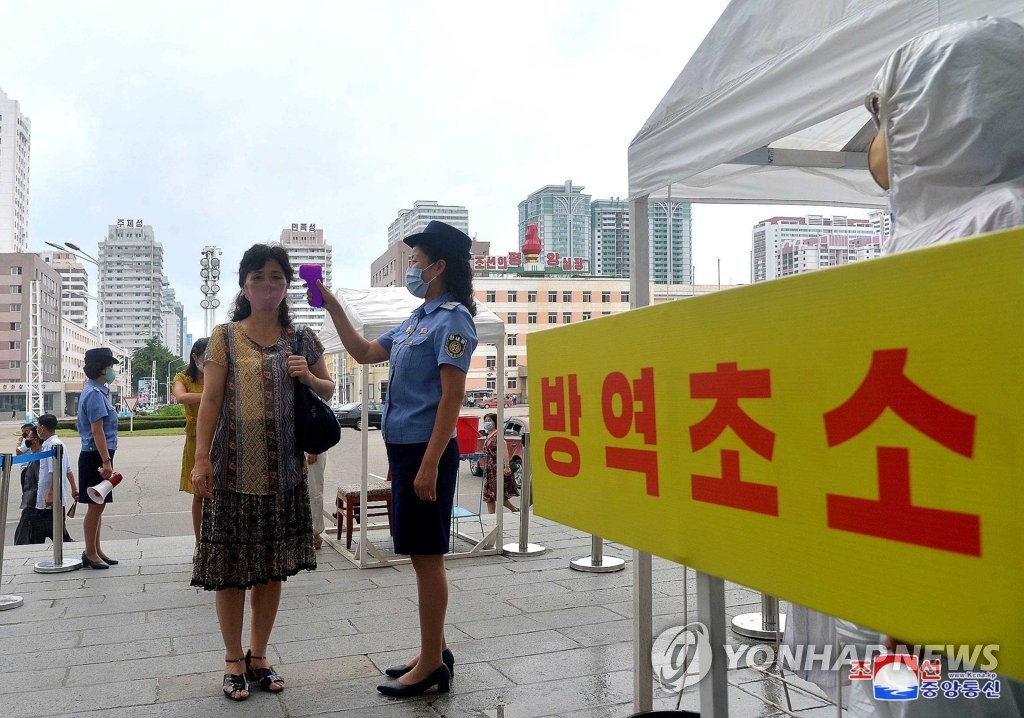