South Korea's benchmark stock index, the KOSPI, nosedived nearly 2 percent and the Korean currency fell to a 14-month low against the U.S. dollar Wednesday over the debt crises of Chinese property developers and the impasse in the U.S. Congress on raising the debt limit. 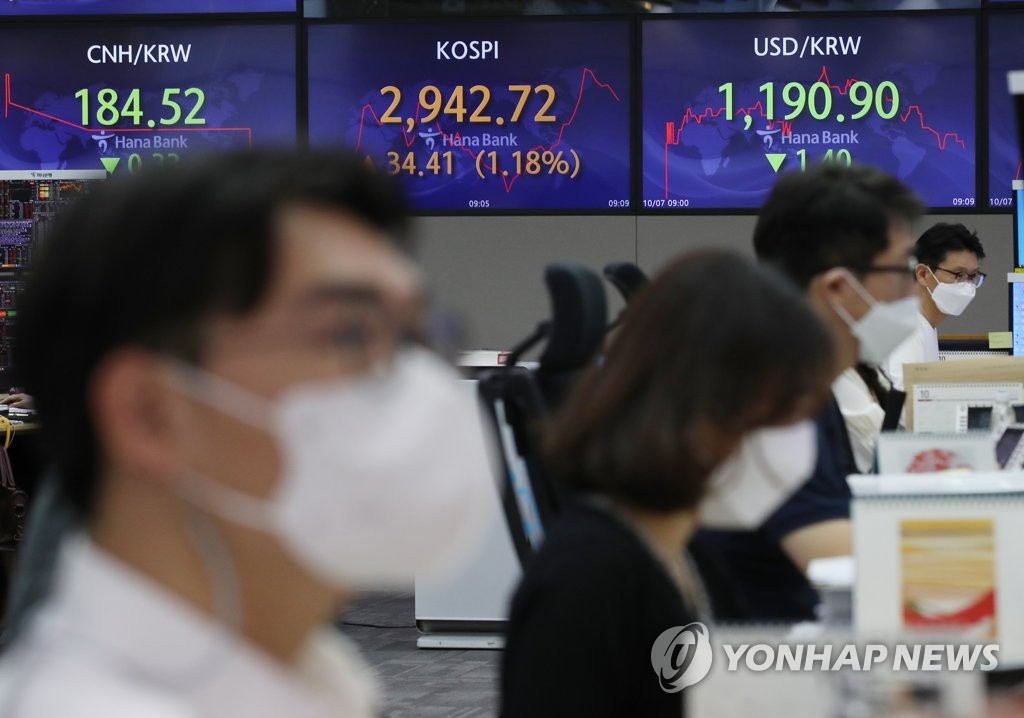 The finance ministry said the won's latest fall appeared to be affected by demand and supply factors rather than by external economic risks.

It said foreign investors' stock sell-offs mainly centered on chipmakers, dismissing the view that foreigners are reducing exposure to the local stock due to doubts about Korea's economic fundamentals.