SEOUL, Oct. 7 (Yonhap) -- Twelve service members and two civilian workers for the military have tested positive for COVID-19, the defense ministry said Thursday, the latest in a series of infections at barracks across South Korea.

Ten Army members, two Navy officers, and the civilian employees were confirmed to have been infected either following their recent vacation or after coming into contact with individuals who had tested positive, according to the ministry.

Of them, nine were "breakthrough infections," it added.

The latest cases raised the total number of coronavirus infections reported among the military population to 1,866, and the number of breakthrough cases to 248. 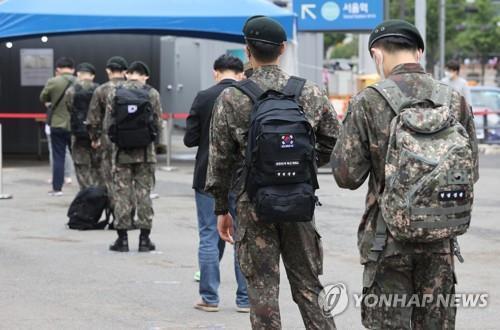