SEOUL, Oct. 7 (Yonhap) -- Military prosecutors have indicted a total of 15 people over the death of an Air Force sexual harassment victim following a monthslong investigation into a string of irregularities that led to the noncommissioned officer taking her own life in May, the defense ministry said Thursday.

Including those facing trials, 38 officials will be subject to disciplinary measures, the ministry said, announcing the results of its 120-day investigation into the incident that sparked an intense public outcry over the military's failure to protect the victim.

The master sergeant, surnamed Lee, took her own life in late May, about three months after she was allegedly groped and suffered other abuse by a colleague of the same rank, surnamed Jang.

Jang was arrested in June, only after the case became known to the media, and is currently standing trial.

According to the probe results, Air Force officials allegedly tried to cover up the case without giving proper help to the victim. But the investigation fell short of indicting senior officials who were in charge of supervising the initial probe into the case.

Of 25 booked in relation to the case, 10 avoided indictment.

"Based on testimonies, circumstances at the time of the incident and related precedents, we concluded that there was not enough evidence to acknowledge charges raised against them," the ministry said in a release. 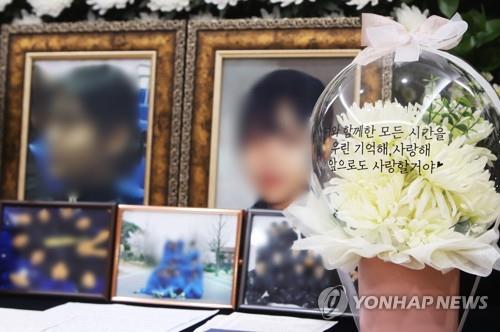 Besides Jang, two noncommissioned officers were arrested for allegedly trying to persuade the victim to drop the complaint. But one of them, surnamed Noh, died in an apparent suicide in July while detained at a military facility.

In the course of the investigation, prosecutors also found that the two allegedly molested Lee in 2019 and 2020, respectively.

The others charged include colonels accused of failing to properly report Lee's death to the defense ministry; Lee's colleagues suspected of destroying evidence; and officers accused of leaking the victim's sufferings to other members at the unit that she transferred to after the March incident.

"We will put utmost efforts to sustain prosecution so that the defendants will receive punishment corresponding to their misconduct," the ministry said.

"It was a clumsy investigation from beginning to end," Lee's father told Yonhap News Agency, expressing frustration over the decision not to indict people who led the initial probe into the case. "I waited believing what the president said, but now I'm only shedding tears of blood."

The defense ministry has since launched a series of task forces and meetings to address recurring sex crimes in barracks, but whether the military is capable of overhauling itself is still being questioned.

In July, a one-star general was relieved of his duties and arrested for allegedly attempting to molest one of his subordinates after a dinner together, throwing a wet blanket over the military's pledges to stamp out sex crimes.

In August, a Navy chief petty officer was found dead in an apparent suicide at her residence, just three days after she filed a complaint about sexual abuse by a superior while having lunch together.

Following the series of incidents, the National Assembly revised the Military Court Act in August to subject service members involved in sexual violence cases to face trials at civilian courts, not military courts. 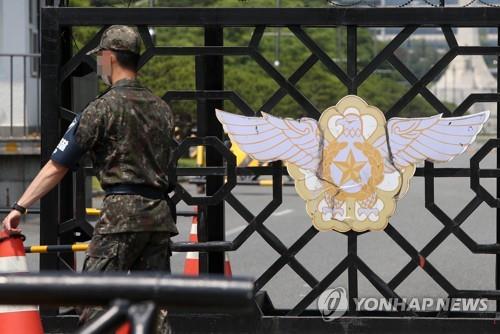