SEOUL, Oct. 7 (Yonhap) -- President Moon Jae-in called Thursday for greater efforts to curb global warming and greenhouse gas emissions, saying the Earth is getting warmer at a much faster speed than expected.

Moon made the remark in a video message to a forum of environment ministers from Asia-Pacific countries held in Suwon, 46 kilometers south of Seoul, saying the Asia-Pacific is an environmentally vulnerable region where 40 percent of all natural disasters, such as typhoons and drought, took place in 2019.

"Planet Earth is getting warm at a speed far faster than expected," Moon said, calling for countries in the region to speed up action toward carbon neutrality, a campaign aimed at achieving net-zero carbon dioxide emissions.

"South Korea last year declared carbon neutrality by 2050 and is planning to announce '2030 nationally determined contribution targets' for reducing greenhouse gases next month, which will have even higher standards," he said.

The country will also expand its official development assistance for green growth and share experiences on its transition to a low-carbon economy with the international community, he also said. 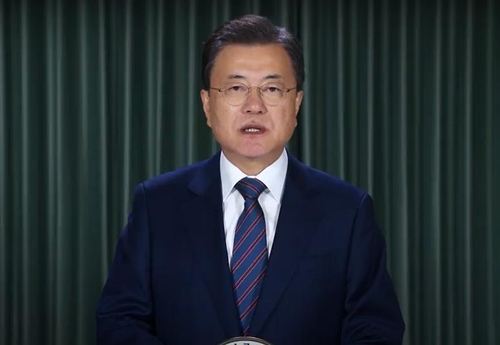