SEOUL, Oct. 7 (Yonhap) -- A major umbrella labor union on Thursday renewed its threat to go on a general strike later this month in an effort to put a spotlight on labor issues ahead of next year's presidential election.

The Korean Confederation of Trade Unions (KCTU), one of the country's two umbrella labor organizations, said it will stage a strike and a massive rally on Oct. 20 as "the first step to break the solid system of exploitation."

The KCTU aims to launch a walkout involving all its 1.1 million members to call for the enhancement of labor rights, such as the abolition of non-regular employment and general revision of labor laws. 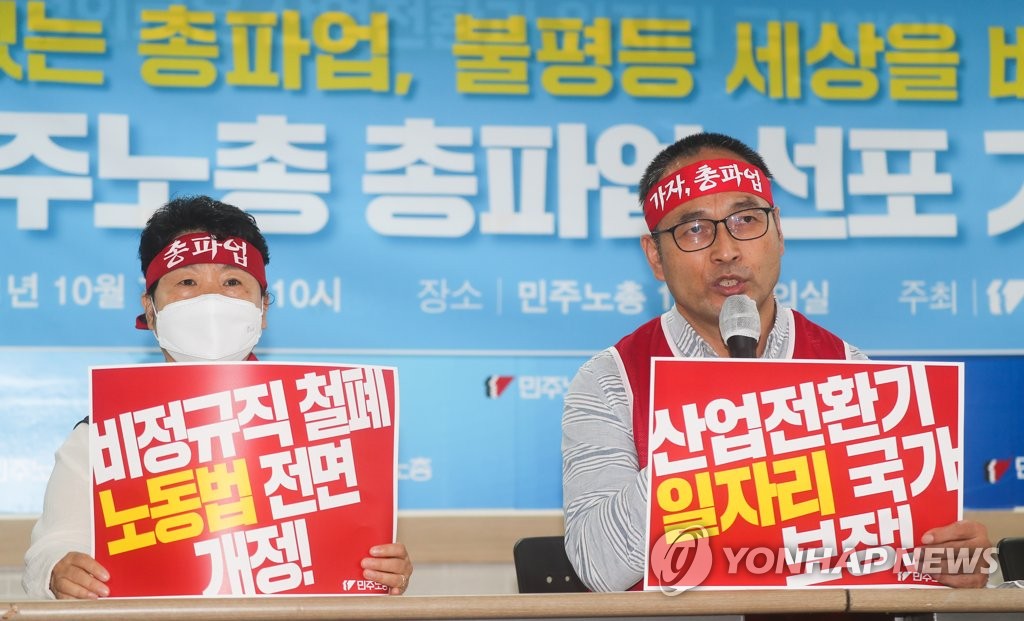 The plan, however, has raised concerns the strike could spread COVID-19.

"Workers will fill the streets in compliance with the group's internal antivirus guidelines stricter than those of the government, including vaccination and preemptive polymerase chain reaction tests (of participants)," the KCTU said.

Despite the threat, the possibility is low of all KCTU members joining the walkout.

KCTU-affiliated labor groups that have committed to joining the strike so far include the Korean Government Employees' Union as well as organizations representing metal, construction and non-regular workers.