Chris Taylor delivered a walk-off two-run home run in the bottom of the ninth inning, helping the Dodgers past the Cardinals 3-1 in the win-or-go-home game at Dodger Stadium in Los Angeles on Wednesday (local time). They will go on to play the San Francisco Giants in the NL Division Series starting Friday in San Francisco. 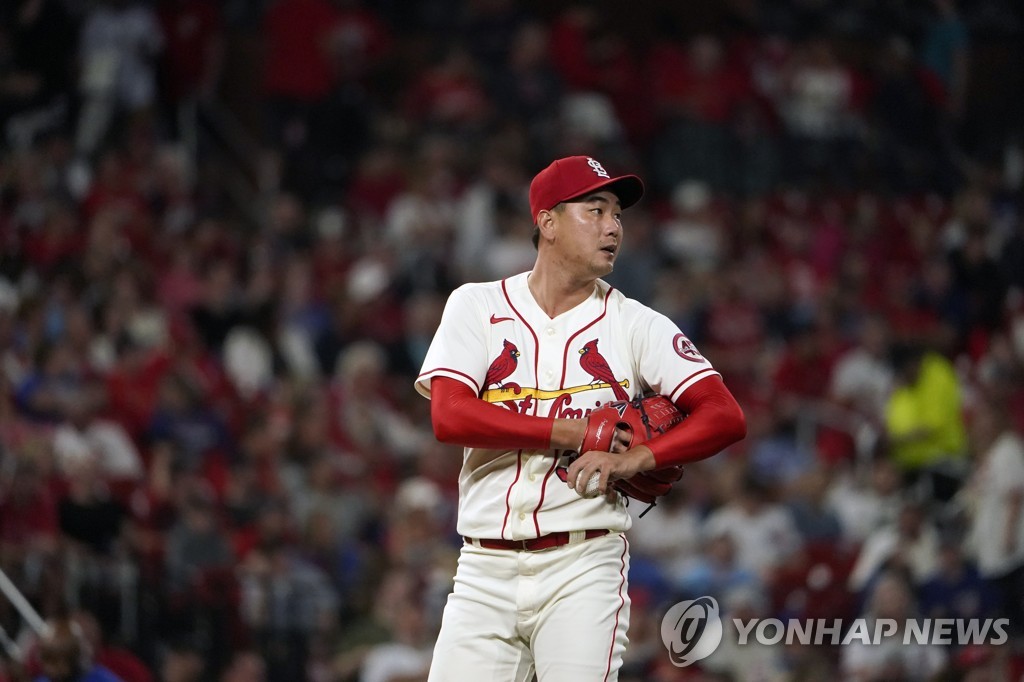 The game stayed tied at 1-1 through the top of the ninth inning. St. Louis starter Adam Wainwright held the Dodgers to a run over 5 1/3 innings. Luis Garcia and Giovanny Gallegos kept the Dodgers off the board. And after getting two outs in the bottom of the ninth, new St. Louis pitcher T.J. McFarland walked Cody Bellinger.

Former closer Alex Reyes came on in relief and promptly surrendered the game-winning shot to Taylor.

Kim began the year in the rotation but was sent to the bullpen in early September. He was one of 12 pitchers to make the Cardinals' Wild Card roster but wasn't expected to pitch unless the Cardinals went down early.

His two-year deal with the Cardinals will now expire.

In 2020, Kim started the first game of the Wild Card Series -- temporarily put in place during the pandemic-plagued postseason -- against the San Diego Padres. Kim settled for a no-decision in a 7-4 St. Louis victory, after giving up three runs on five hits in 3 2/3 innings. 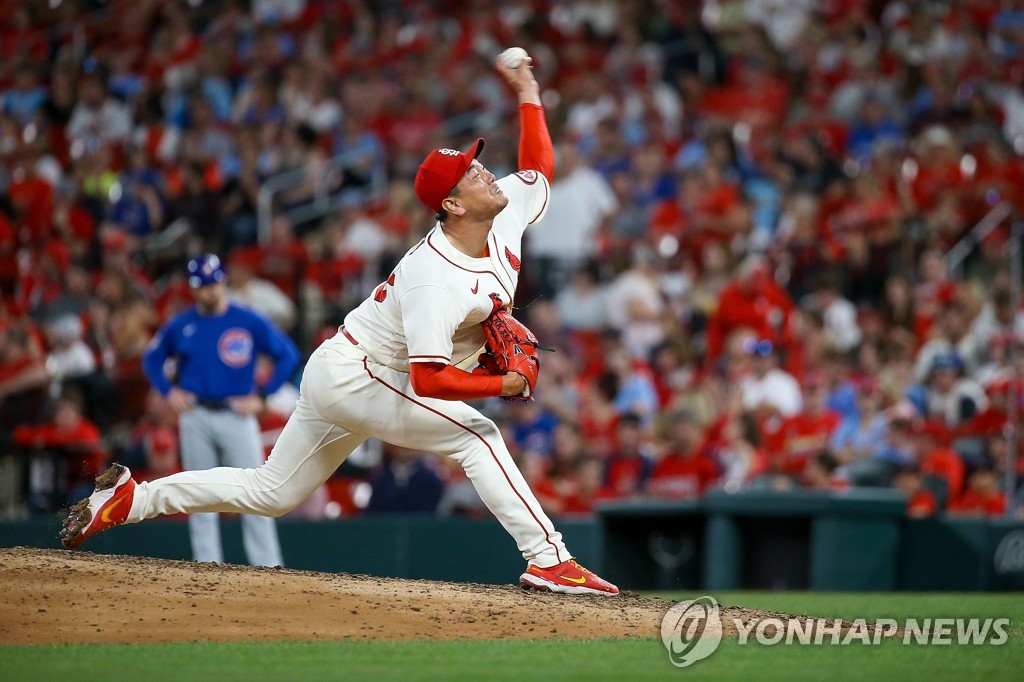 Kim was one of two South Korean players whose clubs reached the postseason this year, along with Tampa Bay Rays' first baseman Choi Ji-man.

The Rays will face the Boston Red Sox in the American League Division Series starting at 8:07 p.m. Thursday at Tropicana Field in St. Petersburg, Florida, when it will be 9:07 a.m. Friday in Seoul.

With the Red Sox starting left-hander Eduardo Rodriguez, Choi, who bats left-handed, will likely begin Game 1 on the bench.