SEOUL, Oct. 7 (Yonhap) -- Senior diplomats of South Korea and Brazil agreed to work together for an early conclusion of a regional trade pact involving the two countries during their bilateral policy dialogue Thursday, the foreign ministry said.

Yeo Seung-bae, deputy foreign minister for political affairs, shared the view with his Brazilian counterpart, Marcia Donner Abreu, who was visiting Seoul this week for the policy talks.

Seoul has been under negotiations to forge the regional free trade agreement, known as Mercosur, with the four member countries -- Argentina, Brazil, Paraguay and Uruguay. The Mercosur bloc accounts for 68 percent of the gross domestic product (GDP) in South America.

"Deputy Minister Yeo asked the Brazilian government to play a leading role for an early conclusion of the free trade agreement, saying it will contribute to not only the bilateral trade and investment, but also economic growth and job creation in the South American region," the ministry said.

Abreu agreed the trade agreement will bring mutually beneficial economic effects to both sides, adding her country will also work for the conclusion of the deal.

During the talks, they also discussed ways to strengthen bilateral cooperation, particularly in digital technology areas such as the 5th generation (5G) telecommunications network and e-commerce, according to the ministry. 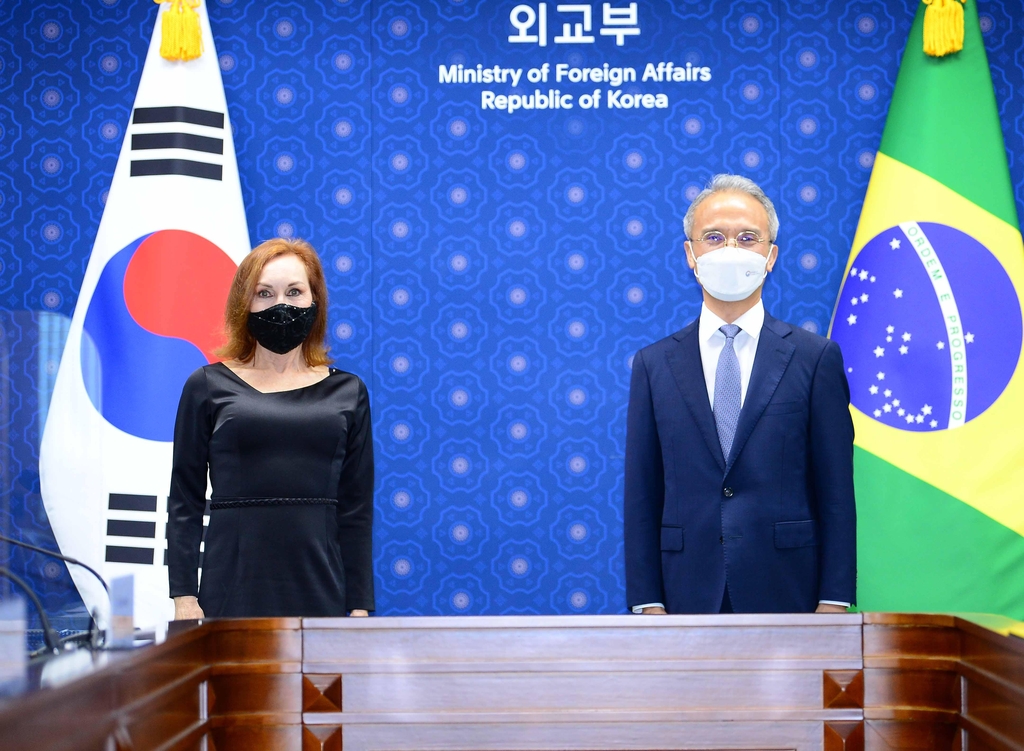