SEOUL, Oct. 7 (Yonhap) -- Captain Son Heung-min scored a last-gasp winner to lift South Korea past Syria 2-1 in their latest World Cup qualifying match Thursday, giving the team their second straight victory on home soil ahead of a crucial away match.

Son, the star attacker for Tottenham Hotspur, broke a 1-1 deadlock in the 89th minute with a left-footed volley from close range at Ansan Wa Stadium in Ansan, 40 kilometers south of Seoul. 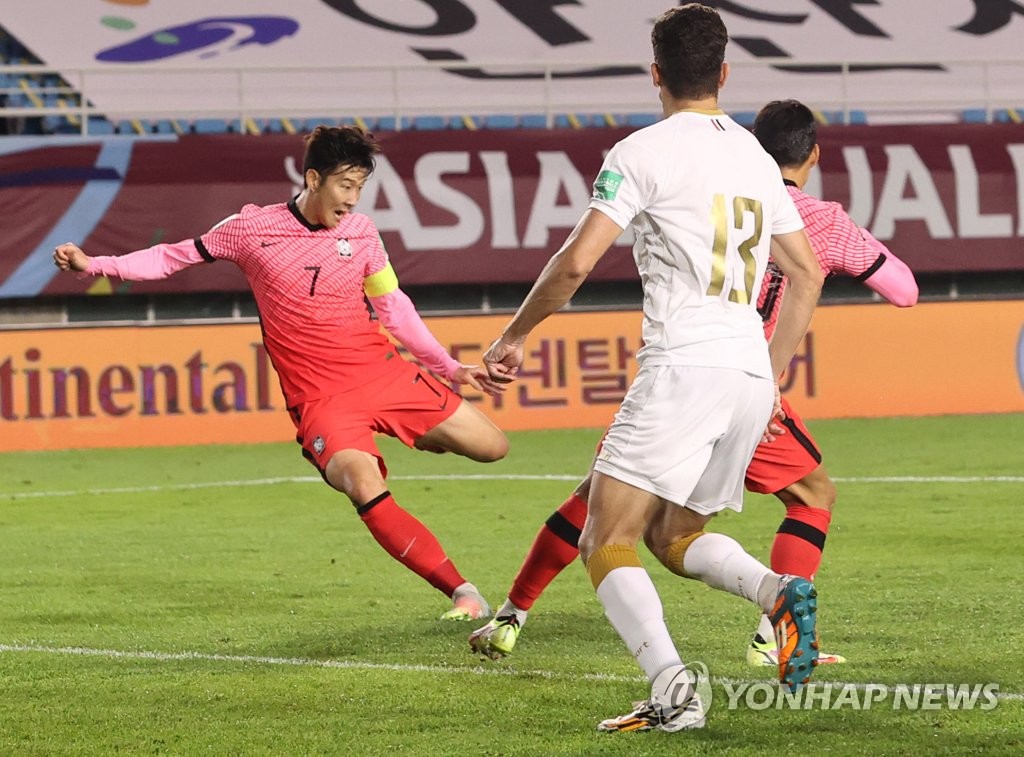 With seven points after three matches, South Korea temporarily climbed to the top of Group A in the final Asian qualifying round for the 2022 FIFA World Cup. Iran, which picked up six points after their two games, will play the United Arab Emirates later Thursday night in Dubai.

South Korea will next visit Tehran to take on Iran on Tuesday.

The match was scoreless after the opening half, though it wasn't for lack of chances on either end. 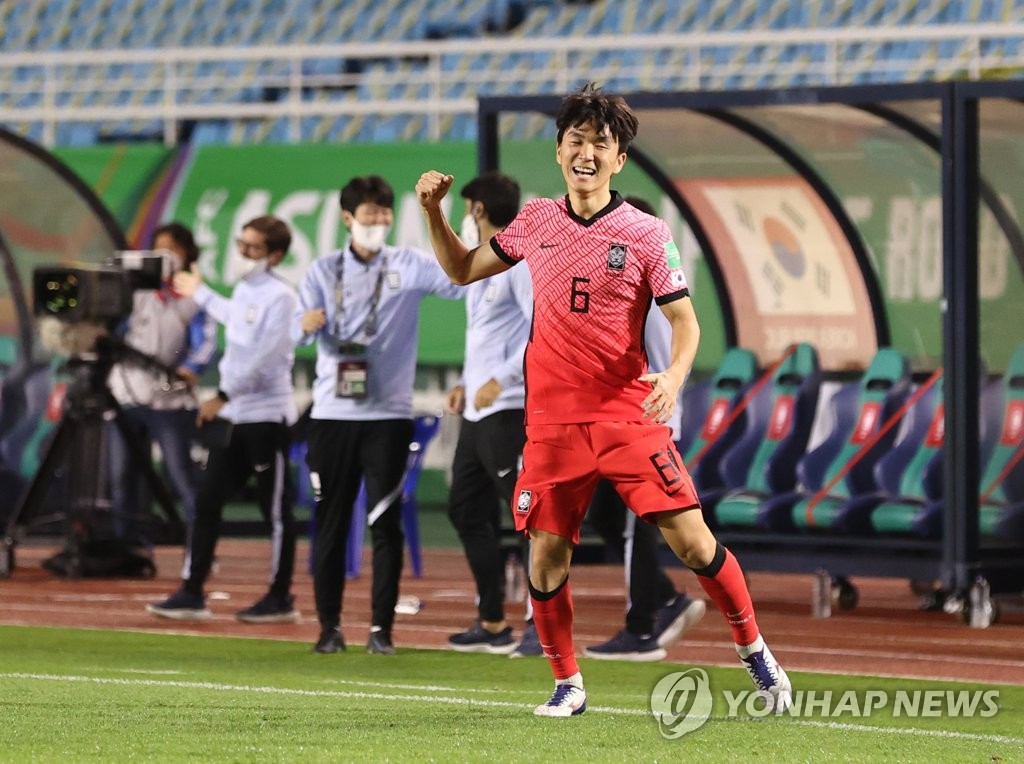 South Korea nearly opened the scoring in the 11th minute, when Song Min-kyu's header, set up by a Hong Chul corner, rang off the crossbar.

Though South Korea controlled the run of play, Syria didn't just set up a low block to play defense all night. The visitors tried to match the hosts punch for punch, and Omar Al Somah's shot following a Korean turnover in the 18th minute forced Kim Seung-gyu to make a diving save.

South Korea ratcheted up attacking pressure, and another close call came in the 43rd minute. Son Heung-min sprung Hwang Ui-jo on a fast break with a pass that split the defense. Hwang then dribbled past goalkeeper Ibrahim Alma, who'd charged out of his position in vain, but the Korean forward promptly lost control of the ball. 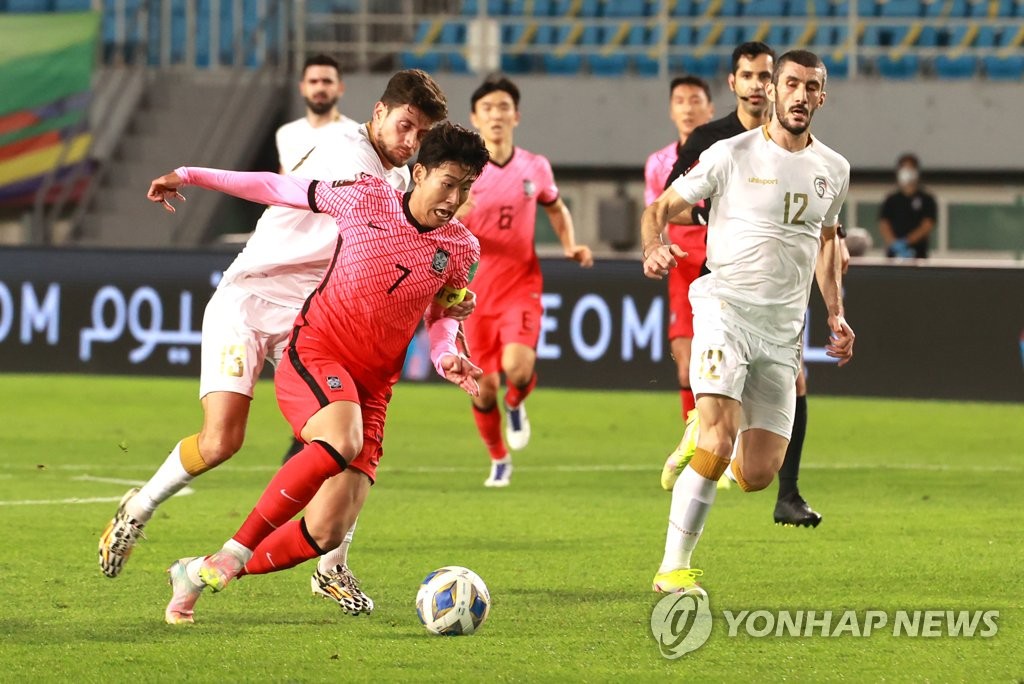 Then during injury time, Hwang wasted a glorious opportunity, as his volley from point blank range grazed the bar.

South Korea finally solved Syria three minutes into the second half. Hwang In-beom controlled the ball on the left wing, cut toward the middle and faked a shot with the right foot to undress a defender before firing it home with his left foot from just outside the box.

It was Hwang's fourth international goal in his 26th match.

Syria nearly leveled the score five minutes later. Omar Kharbin took a shot through the wickets of defender Kim Min-jae, and Kim Seung-gyu made a desperate stop diving to his right.

Son tried to double the lead for South Korea in the 68th, though his shot from just inside the box was stopped by Alma. Hwang In-beom came close to grabbing the brace, but Alma denied him, too. 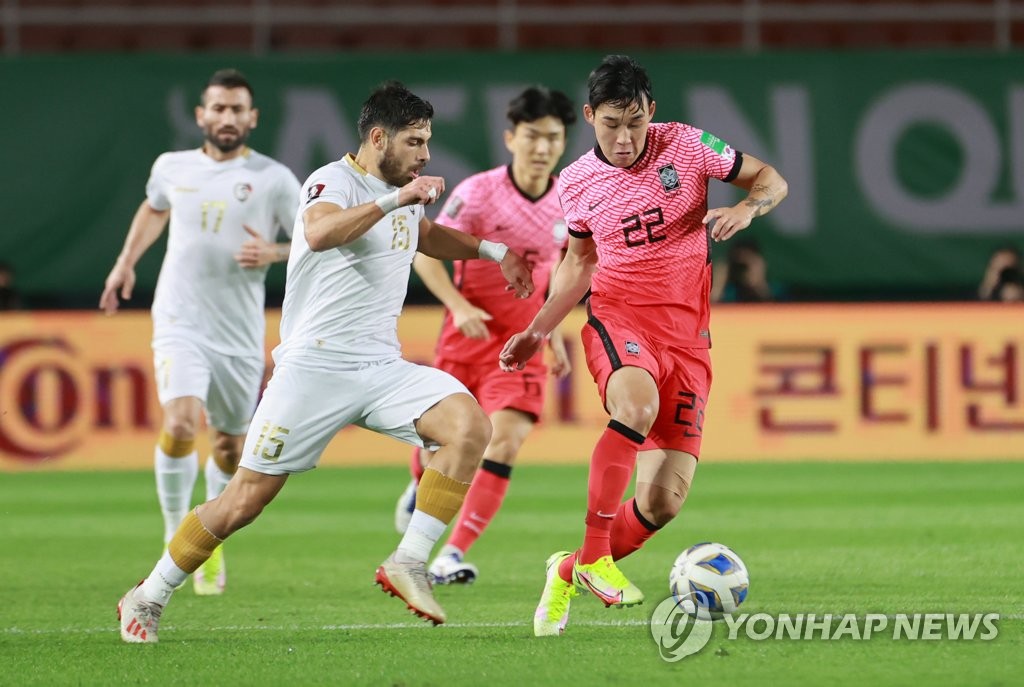 Syria stunned South Korea with an equalizer in the 84th minute. Alaa Al Dali's headed pass found Omar Kharbin to the left of the goal, and the forward made no mistake with a hard volley to the top shelf.

But just when the match seemed destined for a disappointing draw, captain Son came through. Kim Min-jae headed down a Hong Chul free kick to set up the wide-open Son, who one-timed it home for a 2-1 lead. 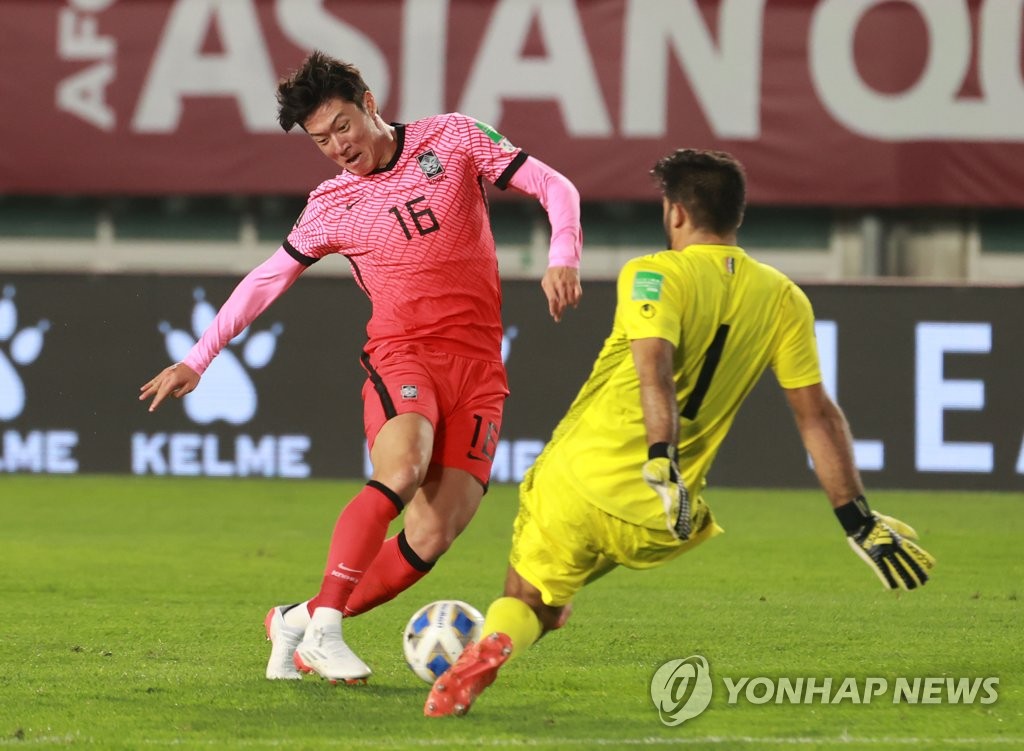 There are two groups of six nations in the current phase. The top two teams from each group will book automatic spots in the World Cup. The two third-place teams will meet in a playoff, and then the winner will reach the last-chance intercontinental playoff. 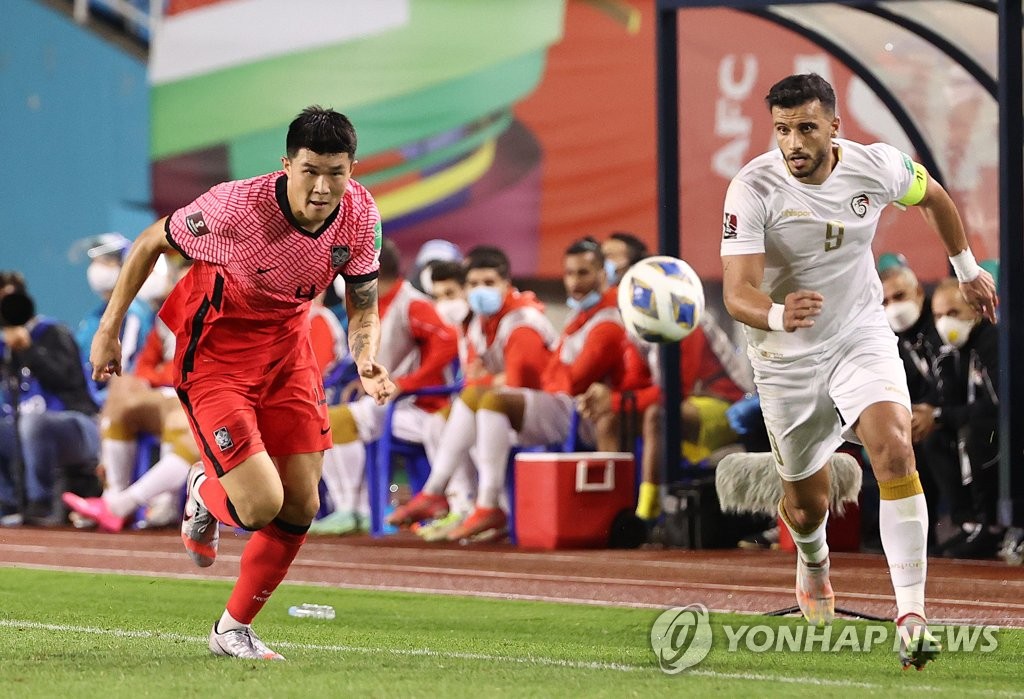