SEOUL, Oct. 7 (Yonhap) -- South Korea barely beat Syria 2-1 in their latest World Cup qualifying match Thursday, not a particularly encouraging development ahead of an even tougher contest coming up against Iran on the road next week.

Thanks to captain Son Heung-min's 89th-minute winner, South Korea improved to seven points after three matches in Group A in the final Asian qualifying campaign for the 2022 FIFA World Cup. Iran had six points at the start of the day, with a game against the United Arab Emirates coming up later Thursday in Dubai.

Iran, at No. 22, and the 36th-ranked South Korea are the two highest-ranked nations in Group A. They're largely expected to earn the two automatic spots out of this group and duke it out for the top seed. 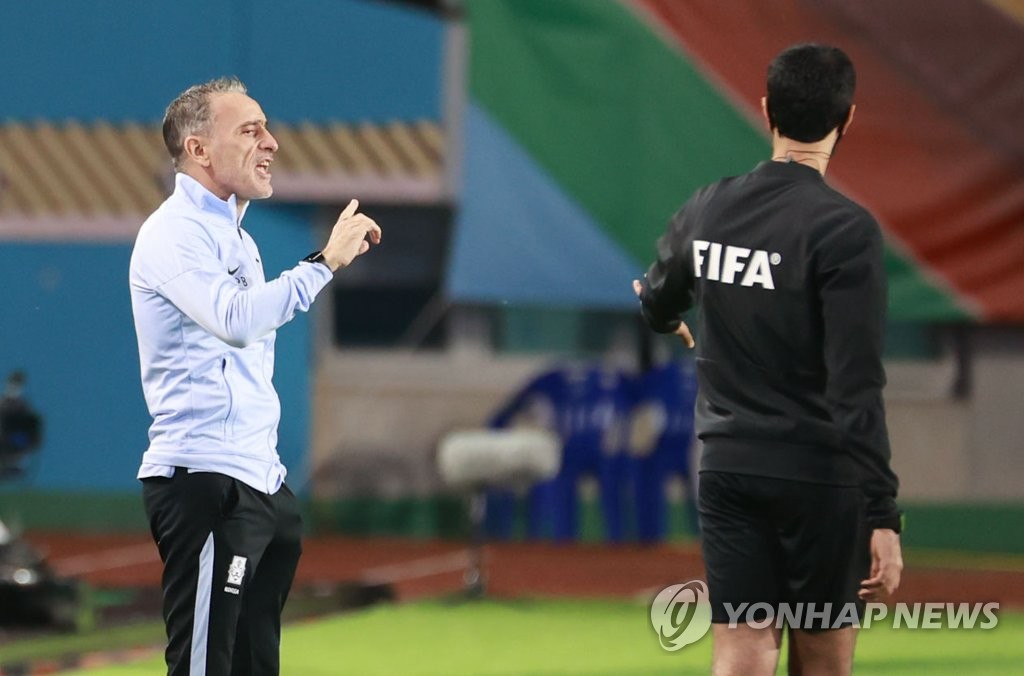 South Korea, though, have never beaten Iran in Tehran, with two draws and five losses so far. With his team looking to end that drought next Tuesday at Azadi Stadium, South Korea head coach Paulo Bento acknowledged it will be "a different game than the last three games for sure."

But at the same time, Bento also tried to deflect the pressure away from his players, saying, "The game that we're going to play on Tuesday isn't more important than the games we've played."

"It's not a decisive game. It's just one more game," Bento said in his postmatch press conference at Ansan Wa Stadium in Ansan, 40 kilometers south of Seoul. "It'll be a tough game and a very good challenge for us. But I am sure it will be a tough game for them as well."

Bento balked at the notion South Korea should just try to settle for a draw against Iran as an underdog in the difficult away match. 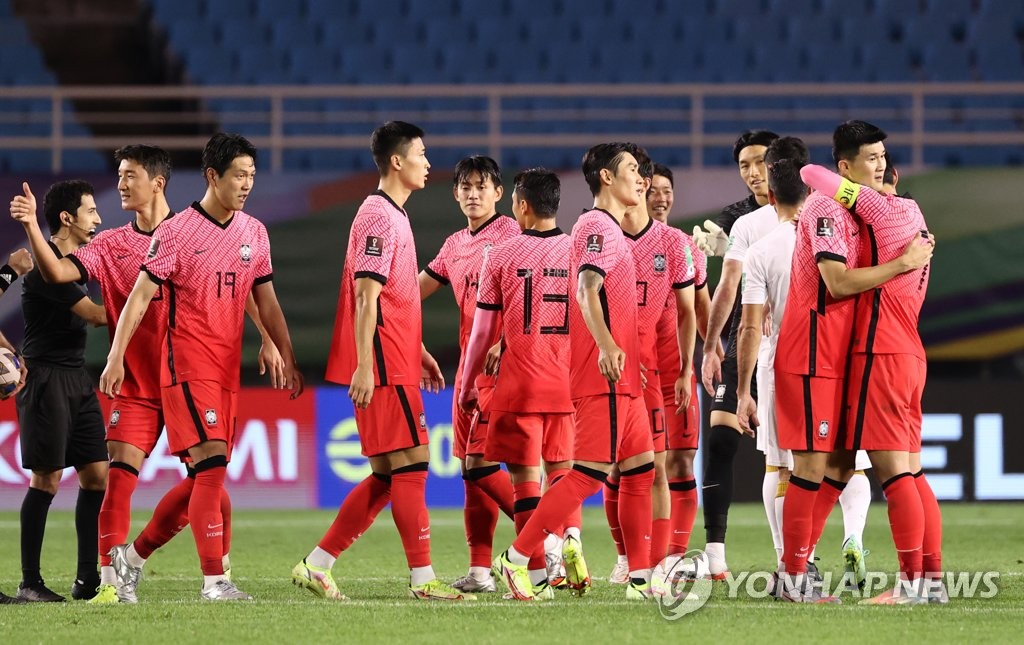 Even though Thursday's match was scoreless in the first half and South Korea took the lead early in the second half, Bento said he was more pleased with his players' effort in the opening 45 minutes. He said he was especially displeased with the way South Korea played with the lead after Hwang In-beom opened the scoring in the 48th minute. The home side allowed the tying goal in the 84th minute, before Son came through with the go-ahead marker five minutes later.

"We had the control for most of the game. We created enough chances to achieve (a better) result," he said. "We should be more effective in the organization in order to close the games earlier."

Son, the Tottenham Hotspur star who'd arrived back from London on Tuesday afternoon, was running on fumes late in the match, and a few other players didn't look to have much left in their tanks. Bento decided to keep them on for the full contest and said his team's subpar performance in the second half had little to do with players' conditions.

"There are more aspects and more situations that we should analyze (in a game), not just physical conditions," said Bento, who opined just focusing on players' fatigue was "poor analyzing in my point of view."

"We should improve a little bit the way we manage the games, not just physical conditions of players, but doing certain things in different ways," the coach added. "For example, today, the worst period we had in the game was after we scored the first goal. That kind of thing isn't connected with the physical conditions but with tactical aspects that we should improve." 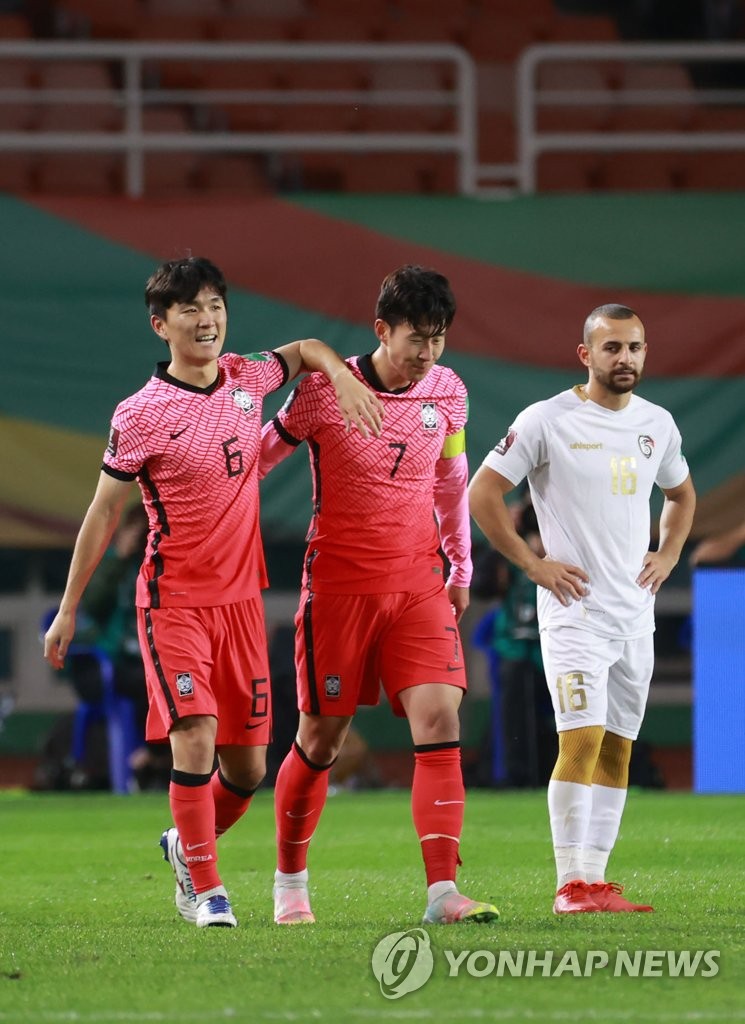 Bento on next World Cup qualifier vs. Iran: 'It's just one more game'

Bento on next World Cup qualifier vs. Iran: 'It's just one more game'